Barely more than 13 months ago, Volkswagen Truck and Bus acquired approximately 16.2 million newly issued shares of Navistar stock for $256 million, and one high-level executive hinted this morning the German automaker could one day be after a large slice.

At a recent press briefing, VW Truck and Bus Chief Finance Officer Matthias Gruendler said a takeover of the Lisle, Illinois-based truck maker “would make sense at some point,” according to Reuters. “The cooperation is working really well.”

While Gruendler offered no timeline, and such a move certainly doesn’t sound imminent, Volkswagen would be legally required to make an offer for the remaining Navistar shares once it acquires 17 percent or more of the company. Volkswagen currently teeters just below that threshold at 16.9 percent.

Lyndi McMillan, Navistar’s manager of external communications, said the company had no comment on speculation that VW Truck and Bus could up its stake in the company.

“What we can say is that our alliance with Volkswagen Truck & Bus, which recently celebrated its first anniversary, is already demonstrating strong progress,” she says. “We look forward to continued success with our strategic alliance.”

To date, Navistar CEO Troy Clarke has lauded the partnership between the two companies, noting each have benefited from engineering collaborations and cost-savings.

Last week, Volkswagen installed Herbert Diess as its new chief executive and is considering a push to sell stock in its truck and bus division which, the company says, will allow it to better compete globally with rivals Daimler and Volvo.

Volkswagen’s truck and bus unit last week signed an agreement with Toyota-brand Hino, calling for the companies to collaborate on diesel and gasoline-electric hybrid engines, connectivity and autonomy, while also sharing research and development as well as procurement costs. 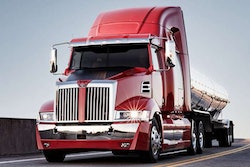 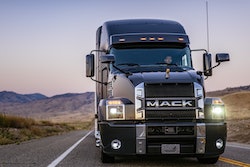 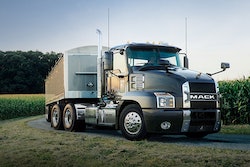