Known primarily in the U.S. for its excavators and wheel loaders, Doosan is entering new territory in construction equipment with its first ever dozers.

In this episode of The Dirt, we talk with Doosan Infracore North America’s Aaron Kleingartner about the company’s new dozer offerings for later this year and next year.

Currently, Doosan is in the prototype phase and has been testing and demonstrating its DD100, a 10-metric-ton dozer. Expect to see the dozer on jobsites in the third quarter of this year, Kleingartner says. A 13-metric-ton DD130 is expected to hit the market in 2023.

In an interview with host Bryan Furnace, Kleingartner explains why Doosan decided to make the leap to a whole new product category, how it went about designing the new machines and what features will set the company’s dozers apart from the competition.

We also have video footage of the prototype DD100 in action. Preliminary specs have the machine on a 122-horsepower Doosan diesel engine.

It’s not every day that a construction equipment manufacturer enters a new product category. But Kleingartner sees an opportunity for the company to crack into the $2.1 billion U.S. dozer market, 45% of which consists of machines under 140-horsepower. The company’s dealers and customers have also been asking for a dozer to broaden the company’s equipment offerings, he says.

To find out more about Doosan’s first-ever dozer be sure to watch this week’s episode of The Dirt. 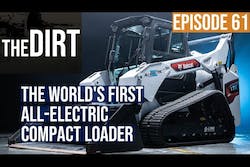 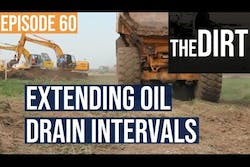 Video: How to Increase Oil-Drain Intervals Without Wrecking Your Equipment 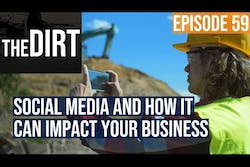 Video: How This Contractor Finds Lots of Workers on Social Media 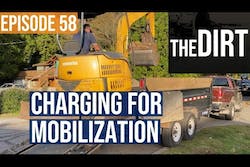 Video: Contractors, Don't Forget to Charge for Mobilization | The Dirt #58