Want to buy a robot to rove your construction site? Spot is now for sale

The Spot robot has previously been available only for short-term lease from Boston Dynamics. The 150 projects involved in the Early Adopter Program included construction sites.

“Each of these early adopters customized how they deployed Spot by leveraging the robot’s mounting rails, payload ports and software development kit to expand the capabilities of the base robot platform,” Boston Dynamics says. “Many had never worked with a mobile robot prior to working with Spot but were able to use common web app programming to enable their applications.”

The robot, shaped somewhat like a dog, can climb stairs and traverse rough terrain, as well as go into dangerous places to reduce safety risks. The company says it can operate on sites without the same constraints of drones and wheeled and tracked robots.

“The combination of Spot’s sophisticated software and high performance mechanical design enables the robot to augment difficult or dangerous human work,” says Marc Raibert, chairman and founder of Boston Dynamics. “Now you can use Spot to increase human safety in environments and tasks where traditional automation hasn’t been successful.”

Spot is currently only available for purchase in the United States, subject to the company’s terms, “which require the beneficial use of its robots.”

The company says the robot is geared toward such tasks as:

Spot is controlled by a tablet controller. The robot, tablet and tablet charger are included in the $74,500 price along with the following: batteries and chargers for Spot, case for robot, case for batteries, calibration panel, Python client packages for Spot APIs and available software updates. 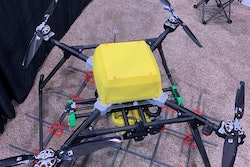 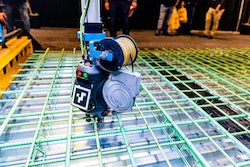 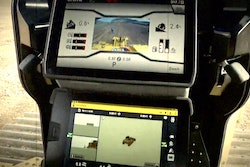