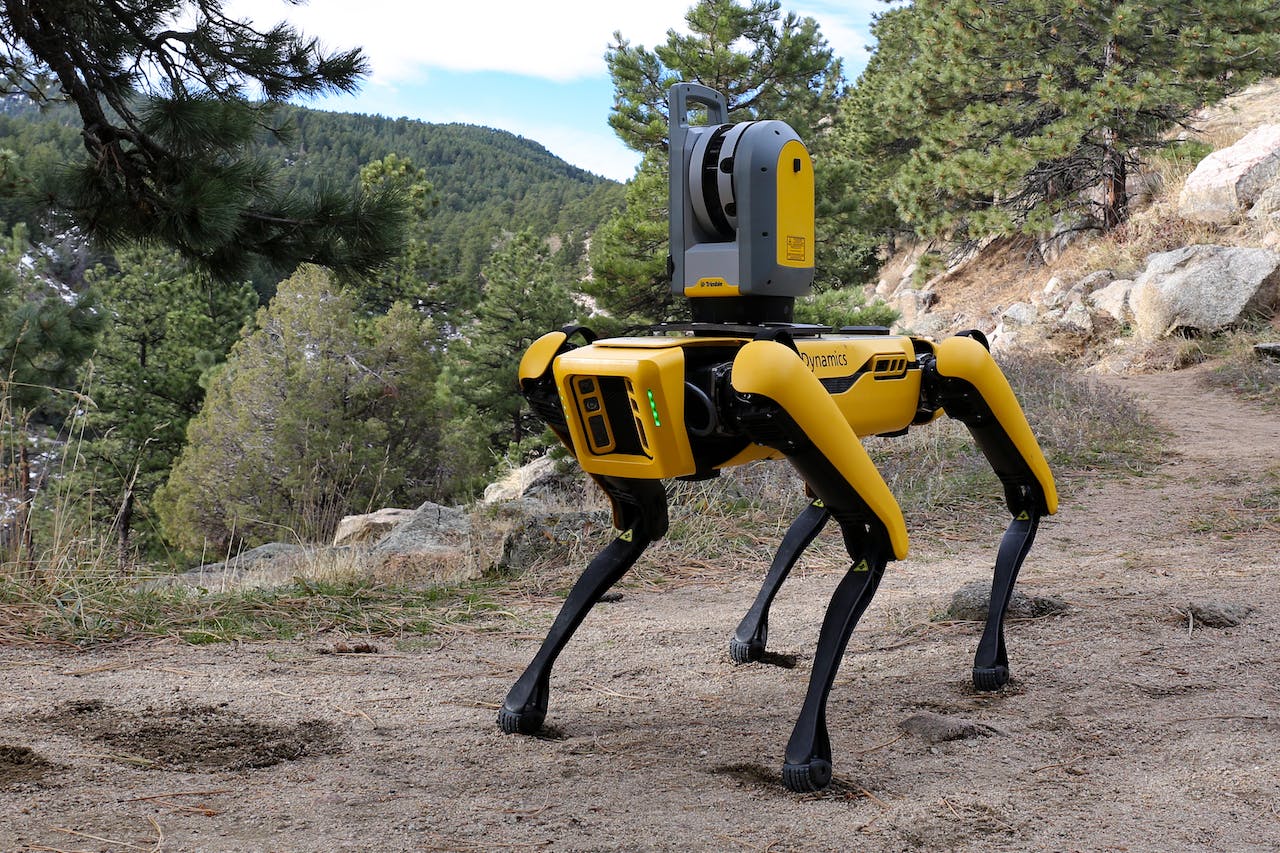 Spot the robotic dog walks himself and collects data for you while he’s at it.

People and dogs have enjoyed mutually beneficial relationships since the dawn of time. And now there’s a new breed of dog that’s eager to help you on your construction sites.

“Trimble has been involved in autonomous technologies for quite a long time,” says Aviad Almagor, senior director of mixed reality and BCI, Trimble. “In extending our autonomous vision we have been looking for partners to take this concept into construction sites, build environments, mining, and oil and gas facilities. Hilti shares this vision and Boston Dynamics has the sophisticated, terrain-agnostic robotics technology to support it.”

Boston Dynamics has likewise been investigating the possibility of robotics in construction. “We created Spot to be easily integrated with sensors and software customized for these types of applications,” says Michael Perry, vice president of business development, Boston Dynamics. “So we started talking to Trimble about the challenges they face in collecting data with robotics and that’s when the conversation got started.”

In addition to Trimble’s data collection and layout solutions, the combined team is looking into the feasibility of extending Spot with Hilti jobsite tools to complete work in conditions where safety is of concern.

So why does the world need a robotic dog roaming around construction jobsites? Multiple reasons.

To start with, Perry says Spot is ideally suited to construction applications that are “dull, dirty or dangerous.” A prime example, he says, are confined space applications.

“We talked to a customer recently about the permitting they had to do for confined space applications and inspections and the process is long and expensive,” says Perry. Over the course of a year this can run into thousands if not tens of thousands of dollars. “When you send in a robot to do the job it increases the number of inspections you can do and greatly reduces the cost,” he says.

In addition to confined space worksites, there are gas and oil refineries, hazmat situations, maintenance and monitoring of tunnels under dams, unstable ground…anywhere, as Perry says, “You don’t want to put human beings.” 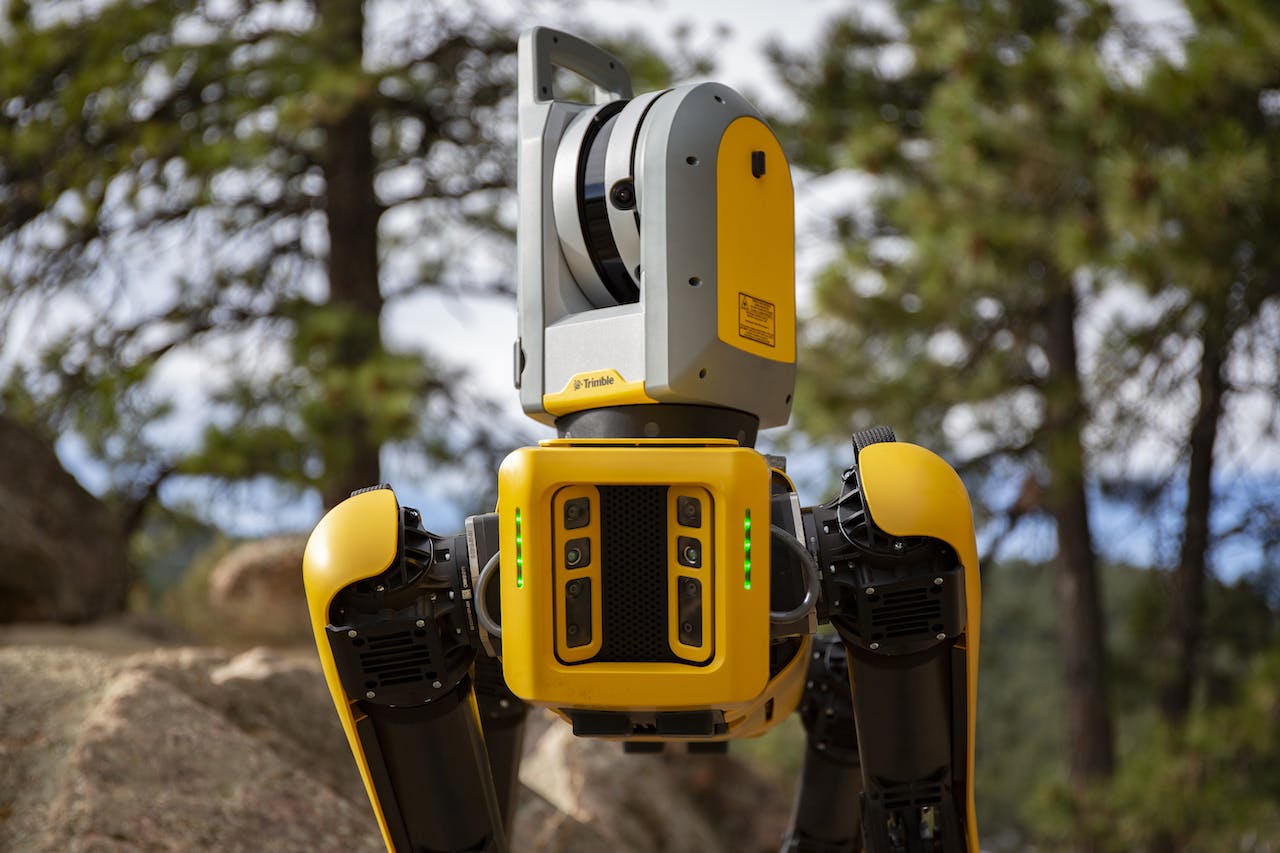 Spot keeps himself upright and stable using five pairs of stereo cameras around the body, an IMU (an inertial measurement unit) and force-control cells in the legs to figure out how much force to apply to the ground.

But “dull, dirty and dangerous” is just the tip of the iceberg for this technology. Spot’s favorite task is likely to be collecting data, scanning your worksites and uploading information to the cloud faster and better than any human could.

“We’ve talked to site managers who tell us the last thing they do before the end of the week is survey the site to create an as-built, but this can take two to four hours covering hundreds of thousands of square feet,” says Perry. “Often if they’re in a rush, they don’t collect the data in a way that’s consistent and it makes it hard for the back-end analytic tools to run effectively.”

Unleash Spot in this scenario and he can run the site without the need for a crew or a UTV. “With the suite of tools Trimble is providing you can capture that data every day with quality and consistency,” says Perry.

The size of dog in the fight 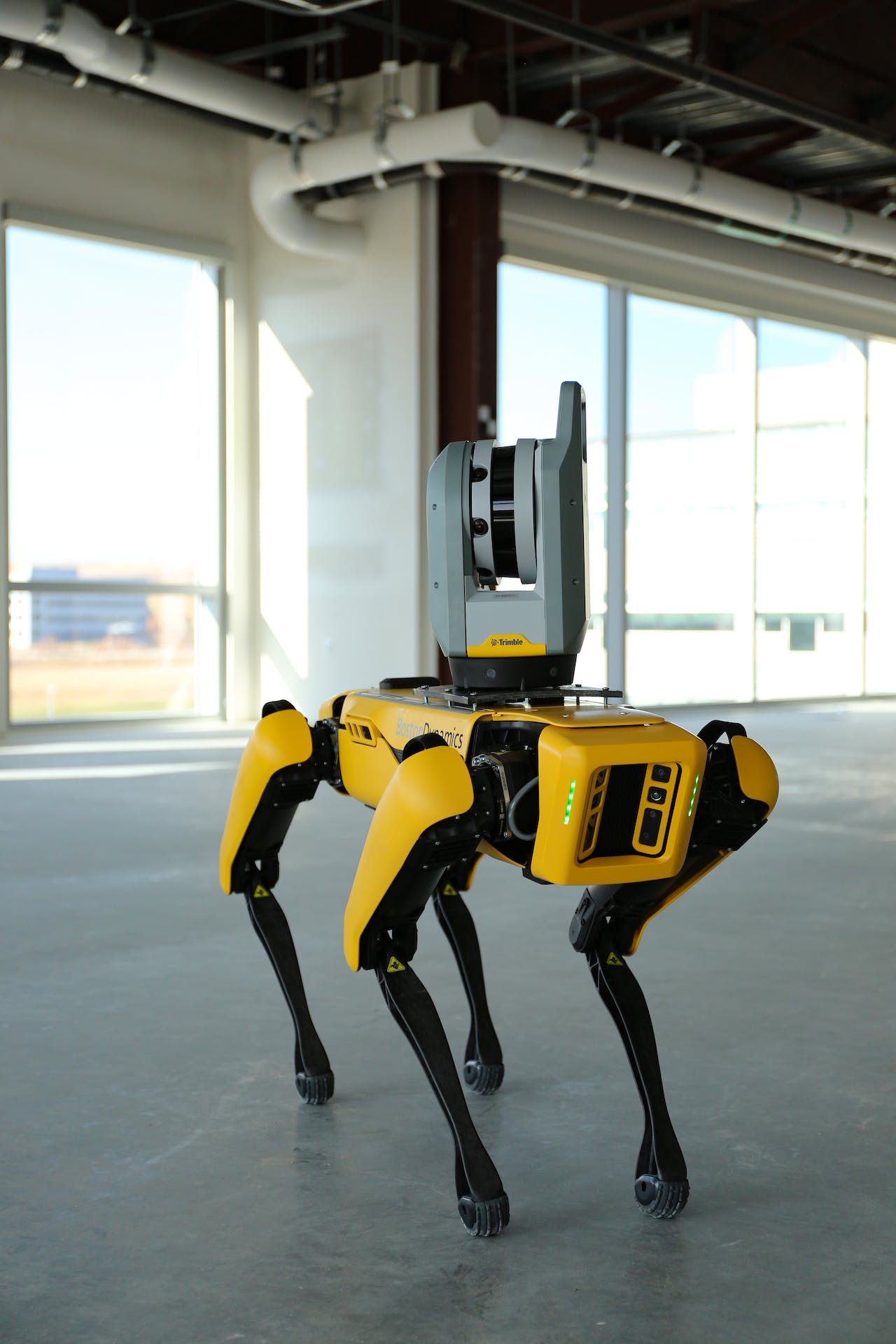 Capable of precise location functions, Spot may pull duty as a layout tool.

Spot the robot dog is roughly three feet long and two feet high and weighs about 60 pounds, “about like a mid-sized Labrador,” says Perry. “It is designed for human-size spaces, to go through doors and up stairs and all those things we think are important.”

Spot carries about 30 pounds of “payload” which now includes sensors and reality capture devices, but in the future may include work tools. It is powered by a rechargeable lithium ion battery which gives it 90 minutes of walk time.

Built into the robot is a “perception system” that’s enables it to see the world around it, figure out how to maneuver past obstacles and remain stable, says Perry. The perception system consists of five pairs of stereo cameras around the body that monitor its physical environment. It also has an IMU (an inertial measurement unit) to tell the robot when it is stable and force-control cells in the legs to figure out how much force to apply to the ground.

Compared to an autonomous vehicle which will stop when it encounters an obstacle thus requiring a human intervention, the Boston Dynamics robots scan the terrain, figure out the problem and how to get around it without requiring human interaction. “The robot will create a point cloud and use that as a map to get from point A to point B by itself,” Perry says.

The current Trimble payload for Spot includes the Trimble X7 scanner which provides self-leveling and automatic registration of the points it scans along a path. “Those two capabilities are very much aligned with the goal of having an autonomous robot moving around and doing scans automatically,” says Almagor.

The other tools Trimble plans to test on Spot include its total stations, 360-degree cameras, and Trimble’s GNSS receivers. There is also a back-end system, Trimble Connect where the information can be uploaded to the cloud, analyzed and visualized.

Currently Spot is configured for data collection, but the three companies fully anticipate training this dog to do new tricks.

“Down the road we expect to see robots involved in actual construction and workflow, things like scheduled maintenance and repair; even supporting the assembly process, says Almagor.

“You take the platform, add the required tool and AI (artificial intelligence) capabilities and you get an almost unlimited tool. We are already talking about those future cases where the robot can carry equipment or material and use arm extension to do the work.”

“The next iteration is thinking about how to touch and interact with the space, for example picking up objects and doing material staging,” says Perry. “We’re hearing a lot of customers say that doing layout would be valuable. It would be an interesting combination of the tools that Boston Dynamics, Trimble and Hilti provide. 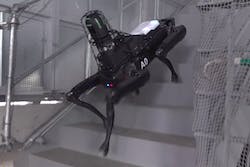 Spot the robot dog gets a job in construction