Colt Byrom knows that excess dirt – or the need for additional fill – is a pain on a jobsite. A fourth-generation homebuilder based in Birmingham, Alabama, Byrom found the process a manual struggle as a project manager.

“I always needed to either haul dirt out or bring it in,” he says. “It was tedious to have to make dozens of phone calls or drive around to look for other construction sites. And I always felt like there was a better source closer in where another contractor might have agreed to split the transportation costs with me,” he says.

These inefficiencies prompted Byrom to look for a local solution. The “dirt matching” websites that were out there, such as Dirt Pail, Clean Fill, Clean Fill Wanted, etc., didn’t have a strong presence in the Birmingham area, however. “With something like this, you really need to have a critical mass of users in each local market,” Byrom says. Another problem: there were no mobile apps doing what he envisioned.

Working with co-founder Bobby Durham, CEO of American Concrete Foundations and Walls in Birmingham, Byrom set out to develop what he calls a “high end user experience process” to match those who want to get rid of dirt with those who want it. A turning point came when the two were accepted to attend the Innovation Depot’s 13-week Velocity Accelerator program in Birmingham last spring, which is designed to help tech start-ups grow quickly. (Durham now serves on Terane’s board of advisors.)

“The program really helped us to dig into our potential users and customers,” Byrom relates. “We interviewed about a 100 excavation contractors, builders and haulers. We not only went into the dirt matching pain points but also examined additional features that we might add on the app later.”

Following the experience, the founders basically scrapped what they had designed before and started from scratch, changing the name of the start-up from “Dirtbook” to “Terane” to create a construction software company aimed at providing a centralized way for contractors and others to source dirt and other raw materials.

“Instead of just focusing on connecting contractors who have dirt to those who need dirt, we are getting into the scheduling and organization of the logistics of getting dirt from one contractor to another,” Byrom said in a August press release announcing the name change.

Terane is using a market-by-market approach to develop a critical mass of users in each market. This month, the company is introducing its app to Birmingham-area contractors, where Byrom has an established construction network, with plans to quickly expand into the high-growth Huntsville, Alabama, area.

“The app is simple to use and post a project,” Byrom says. “You can do it in four quick steps in about a minute.” Once the project is posted – and you have designated either a need for dirt or a need to get rid of dirt and a few other pieces of information – the user is fed the matches in the surrounding area. Users can also upload project photos. (For more on the process, view the video below.)

The user only receives the top matches surrounding his project – based on location, number of cubic yards of dirt involved and type of material — not the entire data base. “Proximity is the key, because users want to know how much it’s going to cost to transport,” Byrom says. Each request has an expiration date – which can be changed – so no old projects linger on the system.

Right now, users can indicate that their dirt is either fill or topsoil. Future refinements may involve additional soil filters, such as chert, clean fill, rocky fill, etc.

Earlier this year, Terane was getting feedback from around 15 beta users. “It was exciting when users were able to match with someone they did not know, or find a project they didn’t know about,” Byrom says. Now that the app has been launched, Terane is using a free 30-day subscription to entice new users. Users can sign on for $49 a month or $499 a year, which gives them unlimited project postings. Terane is also planning a “pay as you post” payment structure for contractors who only need the service once or twice a year.

Terane also has its sights on users being able to upload material needs beyond dirt, including aggregates and recycled materials. 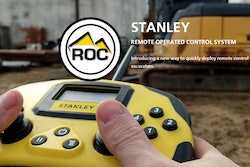 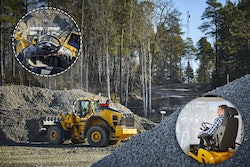 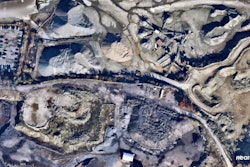