As we noted in our piece on Komatsu’s new D61i-23 dozer, which uses machine control technology to automatically raise and lower its blade from rough dozing to finish grading, it’s easy to imagine a time when equipment won’t need human operators.

You might shudder at the thought of robots preparing sites and then putting together homes and office buildings, and admittedly, it makes us a little uncomfortable too. But machine control technology is advancing at such a rate that such a thing is a distinct possibility in the next 20 or so years.

But, as we’re about to lay out, robots that automate both the construction and demolition are already in development.

“Contour Crafting,” a process of building homes developed by Behrokh Khoshnevis, an engineering professor at the University of Southern California, is based on the principles of 3D printing. You can watch a video about the process to the right.

The gist is that the Contour Crafter is deployed on a jobsite where it “prints” buildings by reading blueprints and then forming them, layer by layer, wall by wall, with concrete. “Using this process, a single house or a colony of houses, each with possibly a different design, may be automatically constructed in a single run,” reads the Contour Crafting website. “Embedded in each house [are] all the conduits for electrical, plumbing and air-conditioning.”

There are still a few things like window and door cutting that are being worked out in the process, but Khoshnevis sees the buildings that result from the process as an efficient way of producing affordable housing. 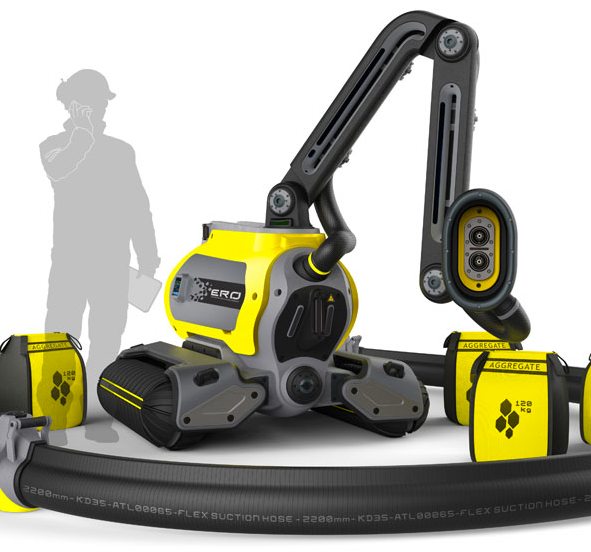 There’s even a robot being developed that does the opposite of “Contour Crafting.” The ERO is described by its designer Omer Haciomeroglu as a “concrete de-construction robot.”

“ERO uses highly-pressurized jets of water to crack the concrete surface to disassemble concrete and sucks up the mixed debris. It cleanly separates the waste mixture and packages the cleaned material,” Haciomeroglu explains. “What was previously waste, now turns into labeled packaged asset to be transferred right away into concrete pre-casting stations to be re-molded into new building blocks. No dust, no waste, no separation. Only clean bags of aggregate to be re-used and rust and dust free rebar to be cut and re-used directly.”

The ERO bot is said to”literally erase buildings” since it’s removing the concrete, sucking it up and recycling the waste at the same time. Haciomeroglu’s vision is to have a fleet of ERO bots deployed in a building undergoing demolition. The fleet would crawl the walls of the building, erasing it square foot by square foot. The bots are able to crawl the walls using “omnicrawler technology” which you can see being demoed in the video to the right.

How long it will be until the construction and demolition of buildings becomes a fully-automated process is anyone’s guess, as is how successful and safe those processes will be. But the wheels are in motion to make that automated future a reality.