In order to better integrate planning for and analysis of unmanned aerial vehicle (UAV) flights on construction jobsites, Airware, a San Francisco-based company that develops what it calls a “comprehensive operating system for commercial drones,” has acquired French drone data startup Redbird.

If that second name sounds a bit familiar, that’s because Redbird has been working with Caterpillar since January on enhancing the heavy equipment maker’s VisionLink telematics data with drone-captured maps. Like Airware, Cat was impressed by Redbird’s cloud-based software, which specializes in allowing construction and mining outfits to view 2D and 3D maps while also analyzing those maps and providing a wealth of data. Though this marketing agreement was initially limited to Europe, Africa and the Middle East, Cat has since expanded it to include customers and dealers around the globe.

While Redbird’s software focuses on providing data visualization on the jobsite level, Airware’s platform is more focused on the management, planning and operation of drones. Airware says the Redbird office in Paris will become the Airware European headquarters while the team based there will continue building drone analytics applications.

For its part, Caterpillar says its partnership with Redbird will not only continue after the Airware acquisition but that it expects it will improve moving forward because of Airware’s involvement.

Financial details of Airware’s acquisition of Redbird were not disclosed, but Jonathan Downey, founder and CEO of Airware, did share his thoughts on the deal through a Medium post. Downey rightly calls the status of commercial drone offerings in construction “fragmented,” and notes that many operations have had to cobble together several different products in order to plan their drone flights, construct maps out of the images the aircraft capture and then mine data from those maps.

Downey says his company has frequently been asked by construction and mining firms to provide an all-in-one solution. It was that demand that fueled the acquisition of Redbird.

“While there are many drone products that offer mapping capabilities, and some that even measure production, Redbird customers get unmatched analytics that can automate production measurement, optimize productivity with real-time efficiency calculations, and provide specific safety and compliance measurements,” Downey writes in the post. “Workers can annotate, comment and share that information with their colleagues in an incredibly easy-to-use cloud app on any connected device, collaborating at a level never before seen in this industry.”

Though construction and mining were two of the first industries to attract the gaze of the fast-growing drone industry, Downey still sees both as ripe for UAV disruption. As proof, he cites the aforementioned fragmentation and the fact that the vast majority of construction companies have yet to adopt technologies that could transform their businesses.

Here’s an excerpt from his post on the deal:

“The construction, quarrying, and mining industries are in need of significant technological change. This is a world in which project planning, supply-chain orders, equipment logs and daily reports are still conducted with paper and clipboards. On-site communication often takes place over walkie talkie. Comprehensive understanding of site conditions is frequently lacking, resulting in compliance-related fines and over consumption of fuel. Production volume often isn’t assessed until the end of the quarter, resulting in millions of dollars in inventory risk every year.

“Failure to keep pace with technological advancement made in other industries has had a profound effect. According to a June 2016 report by McKinsey, large construction projects typically take 20 percent longer to finish than scheduled and come in up to 80 percent over budget. Construction productivity improvement lags far behind that of the overall economy, and has actually declined in some markets since the 1990s. The mining industry is 28 percent less productive than a decade ago. These are dire challenges, and technological change is not just an opportunity for these industries, it’s an absolute need.” 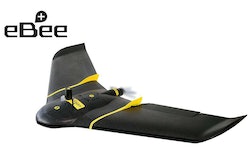 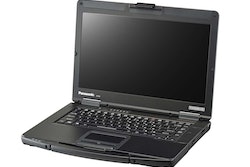 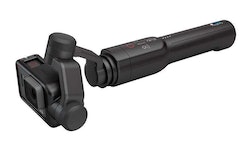 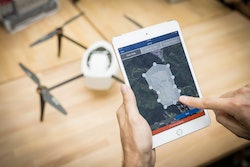 Drone 2.0: Kespry’s lighter, stronger drone not only flies itself, it renders 3D maps for you