As late as last month, the full number of just how many companies had been granted permission to operate drones for commercial purposes by the Federal Aviation Administration was an unknown. The only way to really know when a company had been granted an exemption from the agency’s current rules, which bar any use of unmanned aircraft for profit,  was when one of those companies sent out a press release.

In the construction world, four companies—two manufacturers in Topcon and Trimble, and two Ohio construction firms in Clayco and Danis Building—had made such an announcement. Because of the lack of announcements, one might assume either not many companies were interested in the technology, which didn’t seem likely, or the FAA was being stingy with its exemptions.

But as data recently collected by The Verge and the Center for the Study of the Drone at Bard College shows, the truth is neither. According to the data, the FAA has granted 711 companies an exemption—and more than a third of those companies will be using the aircraft in construction and/or surveying applications.

A quick filtering of the data as of July 16 shows 257 companies granted exemptions for construction/surveying services—127 of which are construction while the remaining 130 are surveying.

If that seems like a huge number of exemptions, it is. And the number apparently has exploded in the last few months. At the beginning of the year only 12 companies had been granted an exemption, according to the data. But between April and June, 622 of exemptions were granted.

Under the FAA exemption, companies can operate drones below 500 feet but must ensure that the aircraft never leaves the operator’s visual line of sight.

Another interesting tidbit, though a bit unsurprising, is the data identifying DJI drones as the most popular brand choice among applicants. “More than half of the first 500 exemptions asked to fly DJI products, and its overall share of the market is likely even higher, as many companies requested multiple DJI drones,” The Verge reports.

You can browse the data for specific applications and firms over at The Verge. 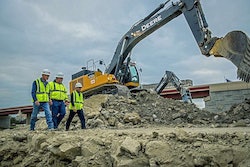 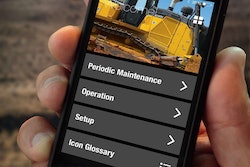 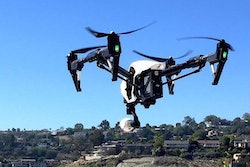 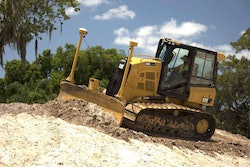