Drones may one day build skyscrapers

We’ve seen how unmanned aerial vehicles can be used for surveying. But how about being used to construct a full-fledged skyscraper on their own? The Smithsonian Magazine’s Design Decoded blog has a really interesting piece just that.

According to the article, Swiss architects Gramazio & Kohler, in collaboration with Professor Raffaello D’Andrea, developed a method they call “Flight Assembled Architecture.” The research programmed small drones, the same that you might find materials for at the local hobby shop, to build model structures.

The idea behind the process is that a building, in this case a high-rise apartment, would be preassembled unit by unit. The drones would then lift these units and simply  stack them atop one another.

The researchers accomplished this feat, albeit on a much smaller scale. Several small quadracopters assembled a 1,500 units into a 20-foot-tall structure. Translated to an actual building, those dimensions would equal out to a nearly 2,000-foot-tall structure that would house 30,000 people.

As you can see in the video below, the drones aren’t exactly gentle with their building blocks. Each unit is set into place with a thwack. Should this ever be translated to actual prefabricated units, that will definitely have to change. 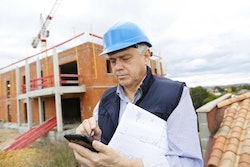 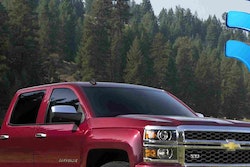 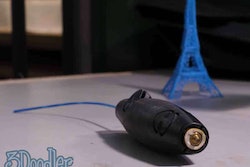