Atlas Copco has appointed a new store manager and four other key personnel in local branches throughout the United States.

Larry Drapeau has accepted the position of store manager for the Atlas Copco CMT USA store in Ludlow, Mass. In his new role, Drapeau will report directly to Dave Pietrzykowski, vice president of store channel operations for Atlas Copco. He will manage store operations while also leading local surface drilling equipment sales. Most recently, Drapeau had managed company stores in the area for other major companies in the industry. He graduated from Northeastern University with a bachelor’s degree in finance and management. He and his family currently reside in Rhode Island.

Jerry Hackett has been appointed to the position of sales representative for the Atlas Copco store in Vista, Calif., effective March 19. Hackett will report to Pacific Regional Manager Ray Hall. In his new position, Hackett will be responsible for the sales of Dynapac road construction equipment. Previously, Hackett served as a sales representative for compaction and paving equipment with another manufacturer.

Kevin House has accepted an appointment as sales representative for the Atlas Copco Rocky Mountain store in Denver, Colorado, effective March 1. House will be responsible for sales ofwater well drills, rock drilling tools, and geotechnical drilling equipment for multiple states serviced out of the Rocky Mountain region. He will report directly to Keith Engelman, store manager. Most recently, House was the administration manager for the Rocky Mountain store.

Randy Shamy has been appointed to sales representative at the Atlas Copco Rocky Mountain store, effective February 27. Shamy will report directly to Keith Engleman. He will be responsible for Dynapac sales in the Denver metro area and for a number of Atlas Copco drilling products throughout Colorado. Those Atlas Copco products include blasthole drills and surface drilling and geotechnical drilling equipment. Shamy has previous experience selling construction equipment, as well as road construction machinery.

Zuhra Dugumovic has been appointed to the position of branch and rental administrator at Atlas Copco’s Sacramento store. In her new role, Dugumovic will report directly to Pacific Regional Manager and Sacramento Store Manager Ray Hall. She will work to support all branch functions, provide sales support for Sacramento and the Pacific Northwest region, and will also handle rental administration. 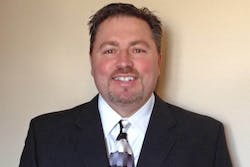 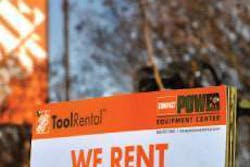 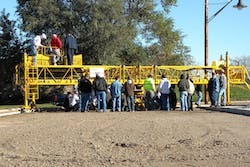 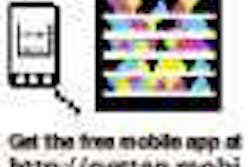