From a start of seven locations in 2009, Compact Power Equipment Centers are now in 405 Home Depot Tool Rental Centers, growing by 100 locations in the first four months of 2012 alone.

“We don’t have to worry about bricks and mortar,” says Andy Lewis, CPEC marketing communications director. “The facilities are already there – and in prime areas.” CPEC sees its three-year growth potential extending to 1,000 Home Depot Tool Rental Centers.

CPEC, a separate company, formed its partnership with Home Depot in 2008, coming to the table with a long history in compact equipment. In the mid-1990s, CPEC founder and former landscape contractor Roger Braswell brought what is now known as the Toro Dingo from Australia to the United States. After forming parent company Compact Power in 2003, he bought Mertz Manufacturing and its Boxer line of mini skid steers.

Renting a CPEC machine is designed to be seamless with The Home Depot Tool Center experience. When contractors rent tools they can also rent a machine, and put it on one bill. Each machine is either towable or comes on a trailer. “We look for equipment that can be towed behind an F150-size pickup,” Lewis says. CPEC’s sister company, Compact Power Services, has 270 mobile service technicians that help make sure the 2,500 machines in its fleet are rental ready. Contractors can also buy used rental machines from CPECdirect.com.

In the past year, CPEC has formed equipment partnerships with Terex, Kubota and Altec (see sidebar), which Lewis says works out well for local dealers of these brands. Participating dealers stage the equipment, provide parts and in most cases, do warranty work. “We’re putting out brand new equipment,” Lewis says. “These days, a contractor may be hesitant to buy, so he rents.” And if that contractor’s work picks up, he’s already familiar with the machine, and likely to buy, he says. “The dealer didn’t even have to demo it.”

Tim Bauer, national accounts manager with Kubota, echoes this sentiment. “We’re getting reports that it’s driving sales to the dealer,” he says. “The agreement has allowed us to increase our presence in the rental market.”

While it varies from store to store, the average fleet size for a CPEC location is eight to 12 machines, selected from the following:

Canycom and Kubota (available in Canada only) concrete buggies 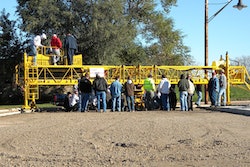 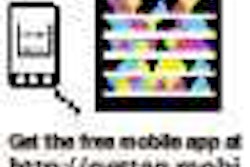 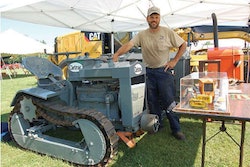