Tier 4 rules for gensets and compressors

As Tier 4 Interim and Final construction equipment continues to roll into the marketplace over the next two years, contractors and fleet managers will be paying increased costs for the engines and learning new maintenance protocols. 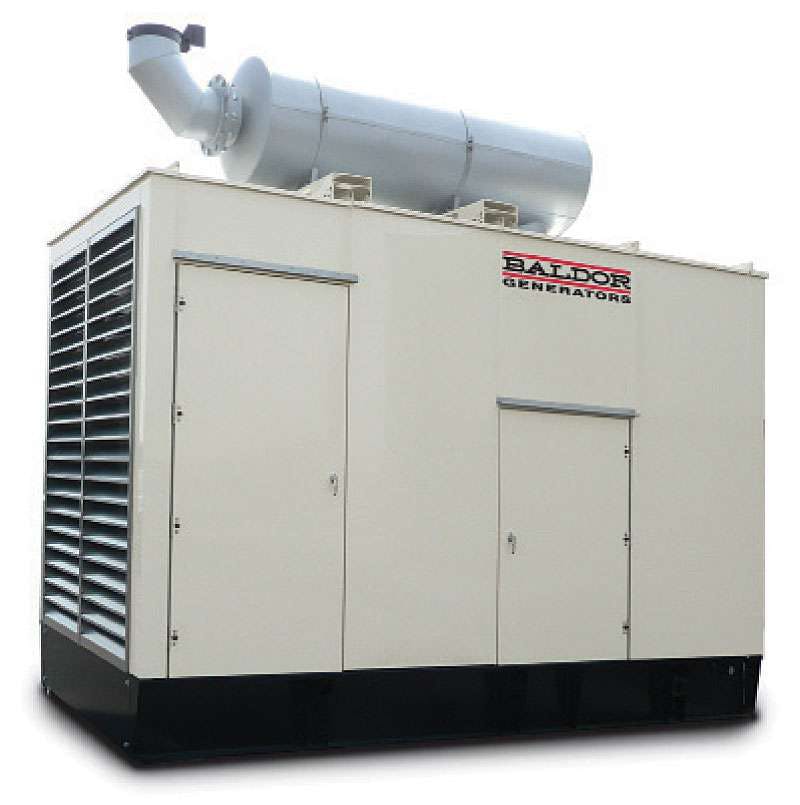 The EPA allows for a lower Tier engine to be used only if a generator is used for standby emergency power.

Unlike mobile equipment, the environmental protection agency puts generators in two categories: those that are standby emergency power generators and those that deliver power in non-emergency situations as a normal part of their routine.

“Emergency in the EPA’s mind means when the power is out,” says Roddy Yates, genset product manager at Baldor. “Anytime you use that genset in conjunction with normal grid power that is by definition not emergency power.”

If a genset is considered emergency it can use a Tier 3 engine provided it doesn’t run more than 100 hours per year for maintenance and testing, says Heather Landers, power gen product planner at John Deere Power Systems. For non-emergency generators and all compressors the Tier 4 Interim emissions requirements are the same as mobile equipment – for engines 174 horsepower and above they began on January 1, 2011; for engines 75 to 175 horsepower, they started on January 1 this year.

Just because your emergency standby generator does not have to meet Tier 4 emissions standards does not mean you can let down your guard when it comes to maintenance. Many of the Tier 3 engines are now electronically controlled and use increased levels of exhaust gas recirculation and more complex turbocharging than the Tier 2 engines they replaced – and that spells more heat and more pressure.

And as always, fuel quality has to be watched. Diesel fuel is only good for six months, a year at best. “Some of these big gensets will have 600- or 700-gallon fuel tanks and you have to have some way to rotate the fuel out of those tanks,” Yates says. “In the past you could just power up and cogenerate to use up the fuel. But today you can’t do that; you violate the emergency standby rules.”

Faced with that dilemma, Yates says, his distributors work with customers to find a way to use that fuel in their processes or rotate the fuel out on schedule.

The EPA also allows the owners of emergency power generators to run them a limited number of hours a year for maintenance checks. Yates says it’s absolutely critical to do this. “Anybody who buys a generator for emergency use and never runs it will probably not be able to start it when the time comes,” he says. “A third of the generators in New Orleans didn’t start after Katrina because nobody ever ran them.”

For non-emergency gensets (as well as diesel powered compressors and welding machines), Tier 4 Interim and Tier 4 Final deadlines will bring much of the same technology and maintenance changes as required of mobile equipment. 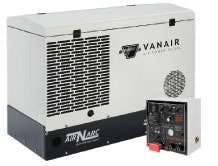 Smaller generators also must meet new emissions standards but can do so in most cases with less complex technology.

One of the key considerations is a step called “regeneration,” whereby heat from the engine burns off soot that accumulates in the diesel particulate filter (DPF) used on many Tier 4 Interim and Final engines. During “passive” generation the normal heat load from the engine is enough to keep the DPF clean. When this isn’t enough and backpressure begins to increase in the exhaust system, the engine will automatically send a short burst of additional heat through the system to do the job. This is called “active” regeneration.

“Our product is generally turned on in the morning and turned off in the evening and not paid much attention to in the course of a shift,” says Todd Howe, global generator products manager, Doosan Portable Power. “So we saw monitored regeneration as a potential challenge because we don’t have operators standing in front of a generator or compressor control panel all day. Our compressors make sufficient heat just on the parasitic load, but gensets won’t make a lot of heat if they’re running below 20 percent.”

The solution is for contractors to right-size their generators. “Sizing generators to the application has always been critical, but it’s more critical now than ever before with Tier 4,” Howe says. “Compressors don’t mind if they’re a little big for the job, but generators are most efficient in the 70- to 85- or 90-percent load sweet spot.”

Tier 4 engines are designed to automatically regenerate once the exhaust backpressure reaches a certain level. “Active regeneration occurs in the background,” Howe says. “It doesn’t change the performance of the machine in any way. The only way the operator would know that active regeneration is occurring is if he’s close enough to see the light on the control panel that shows the exhaust temperatures are higher than normal. They really don’t have to do anything differently, just put the proper load on the machine and take care of the maintenance intervals. Tier 4 doesn’t project any new hurdles.”

The biggest issue with Tier 4, Howe says, is fuel quality. “This is something we’ve always struggled with in the construction industry, it’s not a new issue, but it’s more critical now. All these Tier 4 engines are going to be common rail, high pressure with multiple injection events. There are very small orifices on those injectors and they can’t tolerate any water or debris in the fuel. Five years ago fuel filters were 30 microns primary, 10 microns secondary. Now it’s down to 10 micron primary and 5 or even 2 micron secondary.”

Customers are using large day tanks they may want to think about using pre-filtration, or carrying extra fuel filters with them so they don’t experience excessive downtime waiting for a clogged fuel filter to be replaced, Howe says. Fuel cleaning and fuel polishing systems are something customers should discuss with a dealer, he adds.

While soot can be burned out of it, ash – which won’t burn – eventually builds up in a DPF and at that point it has to be replaced or removed and cleaned. The EPA mandated that DPFs should last at a minimum for 3,000 hours on engines less than 174 horsepower and 4,500 hours on engines 174 horsepower and above. But the service is not cheap; it can run as much as $4,500 says Brad Chrudimsky, product marketing specialist at Baldor.

In most cases this is going to be a dealer service item, and there is already a substantial dealer supply chain established to do this for mobile equipment and diesel trucks.

“You’re not fixing these machines with wrenches and screwdrivers anymore, you’re fixing them with laptops and code readers,” Howe says. “I can see the owners continuing to work on the parts that hang on the engine, like the water pumps, starter motors, etc. But when it comes to the emissions controls or any of the electronics, they’re going to start looking at handing those things off to the dealers.”

To meet the Tier 4 Final level of emissions regulations, most large diesel engines will have to use some form of selective catalytic reduction – a system that sprays a fine mist of urea and water into the exhaust. The vast majority of highway trucks today use SCR for emissions control and the first few pieces of SCR-based mobile equipment are starting to show up as well.

For large generators and compressors it’s only a matter of time. “I don’t see a lot of change on the maintenance side with SCR,” Howe says. “The biggest issue is going to be refilling the urea tank on a regular basis. Customers will need to be sure that the infrastructure for urea is in place and that their fuel jobbers are going to have the capacity to bring it in.”

The diesel emissions regulations cover engines from 25 horsepower and up, but the smaller engines don’t require the same level of technical change to meet their target goals. There are still some engines below 50 horsepower that can still get by with mechanical fuel injection (rather than electronic) and keep the exhaust clean enough with a permanent catalyst, rather than a DPF that has to be regenerated and replaced. 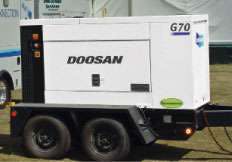 Right-sizing of generators is important in the Tier 4 era to insure the loads are sufficient to keep the DPF clean.

But emissions aside, a lot of this new technology is making for better and more versatile engines, diesel and gasoline, regardless of the horsepower output.

“Electronic fuel injection is becoming more prevalent in the industry as more manufacturers upgrade their engines,” says Ralph Kokot, CEO of Vanair. “It provides us with better opportunities to interface with the engine control monitors (ECMs). Right now we’re very much engaged in electronic engineering a whole host of interfaces, whether it is for large OEMs such as Navistar or Freightliner or the small engine manufacturers. This gives us the ability to remote start engines and has infinitely variable modulation of engine speeds to match the demand required downstream whether it is a generator or welder.”

Maintaining a specific power frequency or a specific weld output or a pressure requirement could not have been done automatically before the advent of electronic engine control, Kokot says. Today’s engines can be tuned to specific applications by simply reprogramming the ECM – and as an additional benefit they are more fuel efficient, he says.

While the EPA has one set of rules, California has 33 separate air quality districts, each with the ability to establish emissions standards that are more stringent than California Air Resources Board regulations, Landers says. “Because local standards may vary significantly, John Deere encourages customers to work with their local regulatory authorities to determine how specific programs impact them.” Landers also recommends that customers refrain from using emissions credits in California. Use of credits can cause issues when registering for a permit within certain air quality districts, she says.

Other large cities in the country may also have specialized emissions regulations. Places like Houston, Atlanta, Boston, Minneapolis and New York that are considered air quality “non-attainment” areas generally set their own rules. Be sure to check with your equipment dealer and whatever government agency that regulates air or environmental quality before buying any diesel equipment new or used. 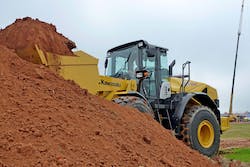 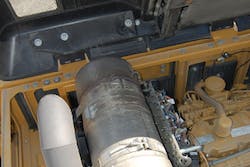 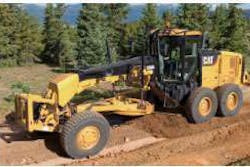 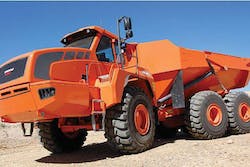