Regardless of how it adds up, 2plus1 and 2plus2 represent the old math at Liebherr.

A single drivetrain solution will cover the future range of wheel loaders formerly identified by the “2plus” nomenclature. Used to recognize different hydrostatic transmissions in the crossover large mid-sized and smaller large-size loader range, “2plus” is being phased out as the company introduces new Tier 4 Interim machines. “Our optimized control technology has permitted this change with no loss of performance, and with the benefit of the 2plus1 driveline with its uninterrupted tractive force,” explains Johann Stickler, managing director of Liebherr’s wheel loader plant in Bischofshofen, Austria. “Since this system is now standard on the all-round loaders and the two smaller machines (L 550 and L 556) in the large category, we can now dispense with the terms.”

The use of two hydraulic motors, first adopted by Liebherr in 1992 to allow heavier loaders to reach higher speeds, was extended to 2plus2 on even larger loaders in 2000. To compensate for the greater discrepancy between tractive force and maximum speed increases, either one or both variable axial piston motors would operate on the tractive force curve, ensuring no break when the speed range changed. The stepless technology of the smaller 2plus1 transmission – with two speed ranges – is no longer a differentiator. 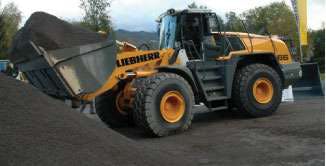 “Why do we intend to retain the hydrostatic transmission principle? It allows us to reach almost the full tractive force needed to penetrate heaped material during a load handling cycle at a lower engine speed,” says Stickler. “This gives us lower fuel consumption than would be possible with a torque converter transmission.”

During an international trade press event at the Bischofshofen plant, near Salzburg, Liebherr outlined the new, roughly 4.2- to 7.2-cubic-yard range of loaders covered by models L 550 through L 580. Available for operation were the new 5.2-cubic-yard L 566, impressively robust and responsive, and 4.7-cubic-yard L 556, the latter retaining an older-tier emissions standard for use in non-compliant international markets.

An industrial parallel-lift linkage is offered as an option to the standard Z-pattern on the L 550 and L 556 models, to be followed by the Tier 4 Interim versions of the L 566, L 576 and L 580, the latter two to boast increased power output. “This will make Liebherr the only manufacturer to offer both types of lift arms on all models from the L 514 with 12,520 pounds tipping load through the L 580 with 39,680 pounds tipping load,” says Martin Gschwend, Liebherr-Werk Bischofshofen board member. High-lift versions of certain models are additionally available, as is the L 580 LogHandler model manufactured at the plant for the past three years. 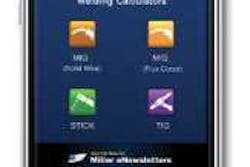 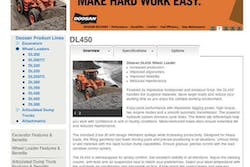 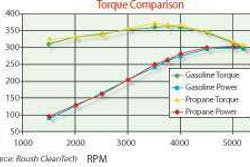 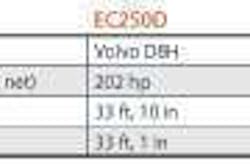