There is no one-size-fits- all welding machine for construction equipment service trucks. But there are dozens of options, size variations and special features that enable you to custom tailor a unit to your exact specifications and needs.

Before you set out to buy your next (or first) service truck welder, make a list of what you want to do with this welder, and then seek out the vendors with the best match. Practically speaking, your list should start with applications.

For the purposes of this article we’re focusing on welding applications typically performed by a service and maintenance technician, not production welding such as pipeline work or structural building fabrication. The highest percentage of users for a service truck mounted welder are technicians in the field who must get a piece of equipment back up and running or back to the shop, says Dean Strathman, vice president of abovedecks at Vanair.

When it comes to welding, this kind of service tech is called on to be a jack-of-all trades, doing a little bit of everything: simple welding, carbon arc gouging, sheet metal repairs, and fixing cracks in booms and buckets. That calls for a versatile, multi-process welder, or sometimes more than one welding machine.

Welding thin materials such as 18-gauge sheet metal is tricky using a stick process, however. And stick is slower than MIG welding, but often more forgiving when working with dirty or rusty metal.

Wire welding. These units use spools of wire fed through a gun, and the constant feed of wire minimizes starts and stops making it easy for relatively inexperienced welders to create good looking joints. Since it requires less skill, wire welding is often preferred by younger technicians, Snyder says.

Wire is also a better choice for jobs where you have to deposit a significant amount of material. It’s also faster, more economical, and better suited to welding thin sheet metal.

There are two types of wire welding, MIG (metal inert gas) and flux-cored. MIG welding protects the weld from contamination with a constant stream of shielding gas plumbed into the welding gun from a bottle. The limitations to MIG welding are that it can be difficult to use outdoors (wind can blow away your shielding gas), and you have to cart around the gas bottle.

The solution is flux cored wire welding, which as the name implies, uses wire with a core of flux material that’s also fed by a wire spool. The flux core will create gasses to protect the metal from contamination as you weld. This eliminates the need for shielding gas and equipment, making it ideal for outdoor welding and repairs.

Carbon arc gouging is used to clear away material in big cracks in steel so you can get down to undisturbed metal at the base of the crack. To stay productive you want to use the largest carbon rod possible. Three-eighths inch is typical, but ½-inch rod is sometimes used as well, Snyder says.

You’ll also need a stout machine for this process and a compressor to blow away the slag. This is where you’ll typically see the larger engine-driven welder-generators in the 500- to 600-amp range, says Chris Wierschke, product manager for Miller Electric. Depending on the model, these are also capable of providing three-phase power for running tools on site.

TIG (tungsten inert gas) welding is preferred for architectural work or automotive work where the weld has to look good. It’s also a good way to weld thin metal and sheet metal and achieve a seamless look. Ducting and HVAC metals are also often TIG welded. You won’t use TIG welding in steel fabrication or castings but there are combo units that let you weld TIG, MIG, flux cored wire and stick with one machine, or you can get a dedicated TIG machine and plug it into your welder/generator.

Oxy-acetylene or oxy-fuel torches can weld, cut, clean and braze; and they’re sometimes used to warm up a thick piece of metal prior to welding. The oxy-acetylene tanks and torches are relatively low cost and their ability to weld, cut or clean makes this process handy to have in addition to your engine driven unit, especially if you don’t have the amps to carbon arc gouge or do plasma cutting. Cutting with torches requires some skill, and you can’t cut aluminum or stainless with oxy-acetylene. But oxy-acetylene will cut steel thicker than 1-inch, which otherwise requires an industrial size plasma cutter.

Welder generators. Most field service welders are going to offer both DC welding current and AC power to run the wire feeders and power auxiliary equipment like lights, grinders and hand tools. AC welding current is also used sometimes for TIG welding aluminum since the alternating current pulses help clean off the oxides that contaminate the weld.

There are different types of compressors. Rotary screw compressors are most common in these types of machines, says Strathman. A rotary screw turns like a turbine, instantly creating air pressure and flow on demand. Less expensive compressors will use a reciprocating design, which uses a piston to push compressed air into a reserve tank and then the air is bled from the tank as needed.

Service truck compressors should be capable of running a 1-inch impact wrench, Strathman says. With intermittent duty this can be accomplished with as little as 25 cubic feet per minute of air flow, but if you’re working aggressively – say you have dozens of rusted lug bolts to take off a tire rim – upwards of 40 cfm might be necessary, he says.

In addition to the air, there are also multi-purpose machines that will also provide not only welding and AC current, but battery boost and battery charge capabilities.

Where to place the machine is a matter of practicality and preference. Wierschke says most of the customers for Miller’s gasoline driven welding machines mount them on top of the toolboxes opposite the hydraulic crane. Those without a crane tend to put the welder in the load space on the truck, he says.

“The guys who drive the service truck often want it on the driver’s side with the controls facing out so he can get out of the truck and the controls are right there,” Snyder says. “But that’s not always the case. With our Rangers, about half put them sideways.”

Snyder also says you should consider exhaust and ventilation issues when upfitting a truck with a welder. “Make sure there is enough ventilation to get adequate cooling,” he says. And make sure you can get to the daily service points before you bolt anything down, he adds.

Strathman notes that in cold climates service techs will often mount the welder in the bed of the truck and put a cover over it to keep out the snow and ice.

Fuel choices. Diesel is a popular choice for engine driven welders for several reasons. It’s typically the same fuel as used in the service truck, so you can fuel up both at the same time. And diesel has a much higher flash point, so it’s a safer fuel, especially in the spark generating business of welding and grinding. Most refineries won’t allow gasoline powered vehicles or equipment on site for that reason.

But equipment manufacturers still sell plenty of gasoline powered welding machines and this may be the choice you prefer if your service truck also has a gasoline powered engine. There are also LPG fueled models available.

Additional features to check or compare are the engine’s noise levels, ease of access for daily service, and sufficient fuel capacity to run a full day without refueling. 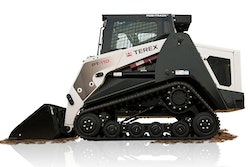 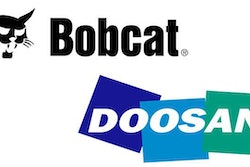 Bobcat to add Doosan Tier 4 engine to lineup in 2014 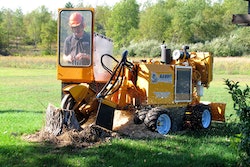