I couldn’t help but notice an ugly irony in the headlines last month.

The American Interest’s Walter Russell Mead posted a short blog detailing how big cities around the country are waging war against independently owned and operated lunch wagons.  And the Associated Press ran a long story on how the recession, technology and the corporatization of American is killing off the middle class.

Maybe it’s just me, but I’m certain that if city governments would stop persecuting sole-proprietor businesses like lunch wagons, it might just make things a tiny bit easier for the middle class.

Lunch wagons were a part of daily life when I was growing up. You’d find them on military bases, construction sites, ports and commercial fishing docks, anywhere men were working and  needed hardy food to sustain them during the day. In Texas, they were run by Mexicans, usually a mamacita and sometimes her husband, sometimes by retired military cooks. In California and Hawaii you’d see Chinese or Koreans working inside these wheeled restaurants. Just average folks getting up at 3:30 in the morning and trying to make an honest buck.

You just can’t get any more American than that.

Mead, in his blog, calls them lunch trucks and complains that their absence deprives downtown office workers from delicious street food. This is true, but the issue is more than just good food. If you’ve worked in construction or on a fishing boat you know you can’t last the day without serious caloric fortification. Skinless chicken breasts and a wedge of iceberg lettuce ain’t going to cut it.

In Hawaii, the standard fisherman’s fare was two scoops of mac and cheese, two scoops of rice, a pile of teriyaki beef and an ice cold can of guava juice. That may seem like carb overload to the average cubicle dweller, but if you’re going work on a boat or spend eight  hours shoveling and screeding concrete you know you need that much food to last the day out.  Some guys brown bag it, or bring a lunch box, but fresh, hot food, especially on a cold day, is infinitely better.

Some working people make do with franchise fast food, but the quality is terrible and the nutritional value questionable at best. Plus you’ve got to get in your car or truck and go get it — wasting daylight as they say.  And sit-down restaurants won’t cut it. People who work in the trades don’t have the time for a sit-down lunch.

Lunch wagon food, by contrast, is usually excellent. The proprietors know that if it isn’t tasty and fresh they won’t get the business. Many come up with their own specialties to distinguish them from the competition. They use these secret recipes as a kind of patent protection.

Now the competition is chain restaurants and fast food and their government allies. Is this the new American way? Use the government to punish competitors who have a better product and make everything worse for everybody?

The best argument the government might make is that lunch wagons might not meet the same sanitary and cleanliness standards as brick and mortar or fast food restaurants. That’s laughably wrong. I don’t know anybody who hasn’t gotten sick at least once from fast food. By contrast I’ve never gotten sick eating at a lunch wagon. The lunch wagon owner operator knows that one bad batch of food could put him out of business for good. They take pride in what they do, they value their independence and they know their customers, often by first name . They know their reputation and repeat business are essential to their survival.

Lunch wagons have a long history in the United States, predating McDonalds by a half century. Do a Google image search for the term and many of the illustrations that come up are horse-drawn lunch wagons. Additionally as this article explains, lunch wagons are great vehicles for outdoor advertising. 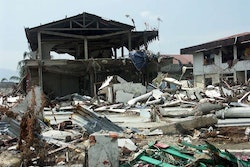 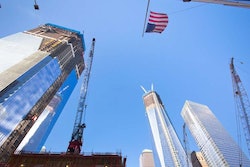 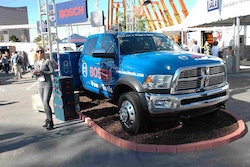