LiuGong shows off its largest excavator, new skid-steer at Bauma

LiuGong, showed up at Bauma this year with a full complement of construction machines, plus a big excavator and redesigned skid steer.

Fighting in the 45-ton weight class, the LiuGong Model 945E excavator is the largest in the company’s lineup, designed to give them a competitive machine in the high production construction, quarry and aggregates market.

Power boost is available at the touch of a button. Boom regeneration systems gives you a faster boom descent and reduces pressure loss while capturing and conserving energy.

LiuGong’s new 375B radial lift skid-steer sports curved cab glass for a wider, less obstructed view of the jobsite. It has a 0.45 cubic meter bucket and the dump height measures 86 inches.

Despite the fact that China experienced a rare flat spot in its economy and the U.S. economy is still on the mend, LiuGong continues to grow and expand it’s business geographically.

The company is getting ready to break ground for a new U.S. headquarters facility, training center and proving grounds in Katy, Texas, near Houston, said Jordan Huang, president assistant and chairman of LiuGong North America.

The facility will also serve as a parts warehouse along with another facility in Chicago, says Dan Collins, deputy GM and global after sales development. LiuGong currently sells dozers, wheel loaders, excavators, skid steer loaders and rollers in North America, but in other parts of the globe it also sells rigid frame trucks, pavers, concrete mixers and concrete batch plants.

Those eventually could become products for the North American market, Collins says, once the parts and service logistics are established, Huang said. 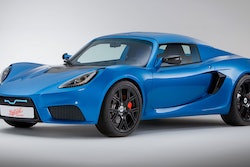 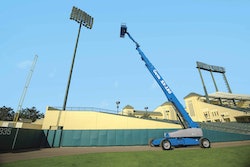 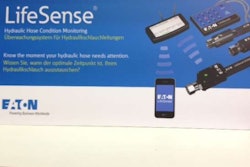