Last week, World of Concrete attendees got their first look at two new models of Kohler’s Command PRO EFI line of gasoline powered engines. The new models offer 34 and 38 horsepower and bring the line to a total of 16 different engines.

These carburator-free, electronic fuel injection engines use an oxygen sensor to analyze the air- fuel mixture in the muffler and compare it to the intake mix in a closed-loop system for optimum fuel efficiency and power.

An in-line MAP sensor also monitors the fuel-air mixture and adjusts for altitude, weather and other environmental conditions. According to the company, the EFI technology can save end users up to $600 a year in fuel costs compared to a similar carbureted Kohler engine based on 600 hours of operation.

The company also added a propane engine to the lineup, the Command PRO EFI Propane engine as an option on the 23 and 27 horsepower commercial line. The propane powered unit can help give your company environmental credibility and allow you to work on high smog days when some cities limit the use of gasoline powered equipment.

Also on the green scene, Kohler is launching a 999 cc, Command PRO CARB-compliant engine option which incorporates a secondary air injection system to meet emissions standards in all 50 states. The SAI system injects air into the exhaust manifold to minimize pollutants and enhance performance. Horizontal and vertical configurations are available.

For contractors who need a little more torque for high load applications, Kohler will start offering gear reduction options, 2 to 1 and 6 to 1, some including a clutch, in its 7, 9.5 and 14 hp Command PRO Horizontal engine.

In the diesel arena, Kohler showed World of Concrete attendees two new Tier 4 Final engines, the 1.9 liter KDI903TCR and the 2.5 liter KDI2504TCR. Both engines meet emissions regulations without the need for a diesel particulate filter.

Instead of a DPF, the engines use a direct injection/high pressure common rail fuel system, cooled exhaust gas recirculation and a diesel oxygenated catalyst (DOC). By not having the DPF component, Kohler keeps the overall size of the engine relatively compact, and eliminates the need for a DPF to be regularly regenerated. The smaller of the two engines puts out 56 horsepower/166 foot-pounds of torque, the larger delivers 74.3 horsepower/221.3 foot pounds of torque.

Kohler, along with Italy-based Lombardini also introduced a redesigned KD440 air-cooled, single cylinder diesel engine. Upgrades include a new air filter, modified tanks, a new drain tap and an updated recoil pulley. The enhancements were designed to extend time between maintenance intervals, improve performance and increase ease of use. 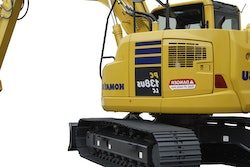 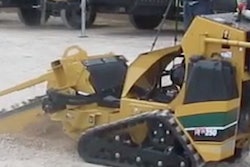 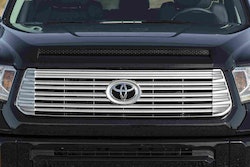