Caterpillar started World of Concrete 2013 with a bang by announcing the new four-wheel-drive 450F backhoe during a press conference Monday night.

Available in the second quarter of 2013, the 450F is designed for “big city markets,’ says Sherrie Carter with Caterpillar, offering lower noise and excelling in applications that require hammers or bucket thumbs.

Offering 5 percent more gross horsepower than its predecessor 450E, the 450F’s C4.4 ACERT engine offers 396 foot-pounds of torque and has a torque rise of more than 30 percent. The closed-center, load-sensing hydraulic system uses a variable-flow main pump that is electronically controlled to manage power and response.

Five forward and three reverse gears are available in the autoshift transmission, along with the ride-smoothing Cat Ride Control system. New cab features include an air-suspension seat, joystick controls, redesigned gauge cluster and a Machine Security System to deter theft. 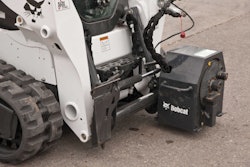 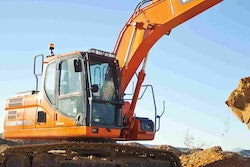 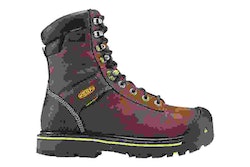