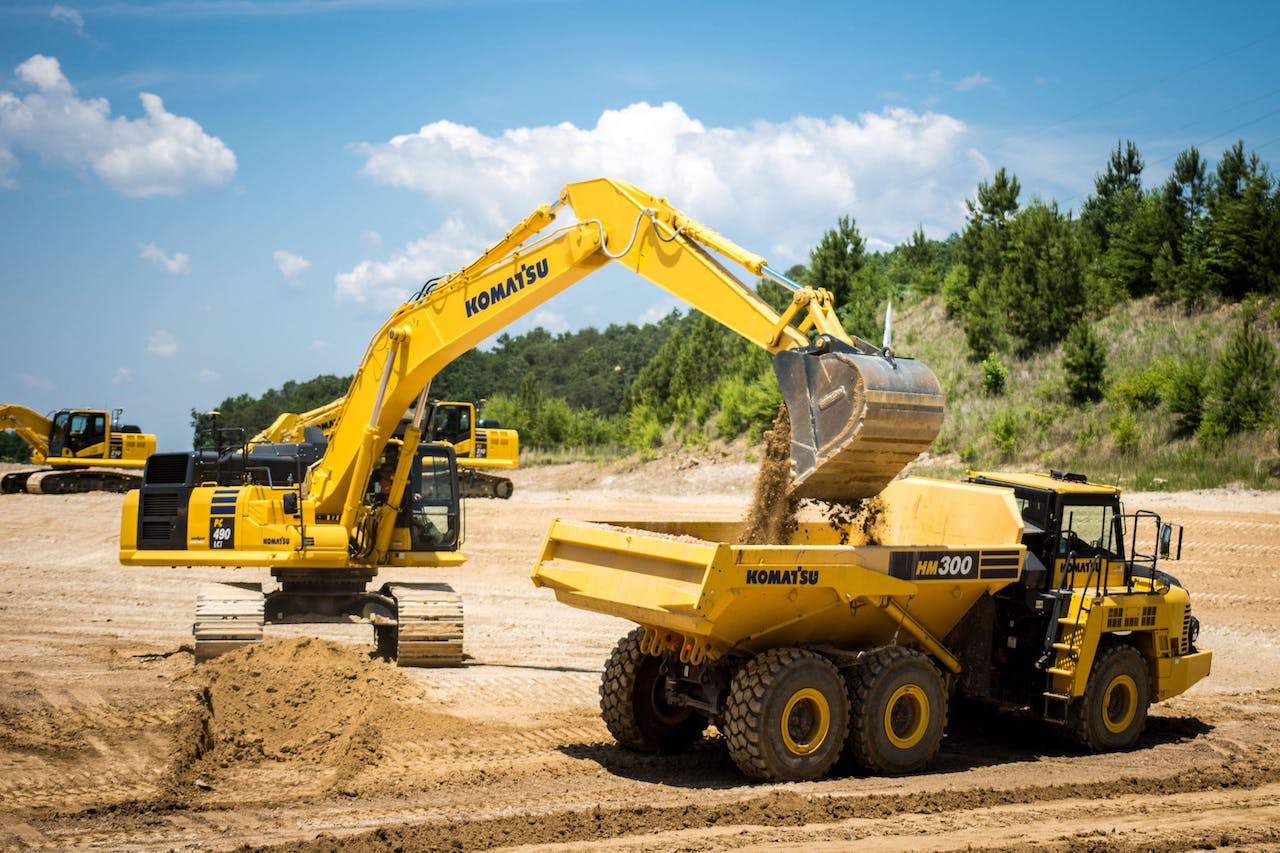 In addition to updating its fleet of new dozers sporting the company’s intelligent machine control with a radio-controlled model,Komatsu has added two new excavators to its lineup of GPS/GNSS-guided machines. 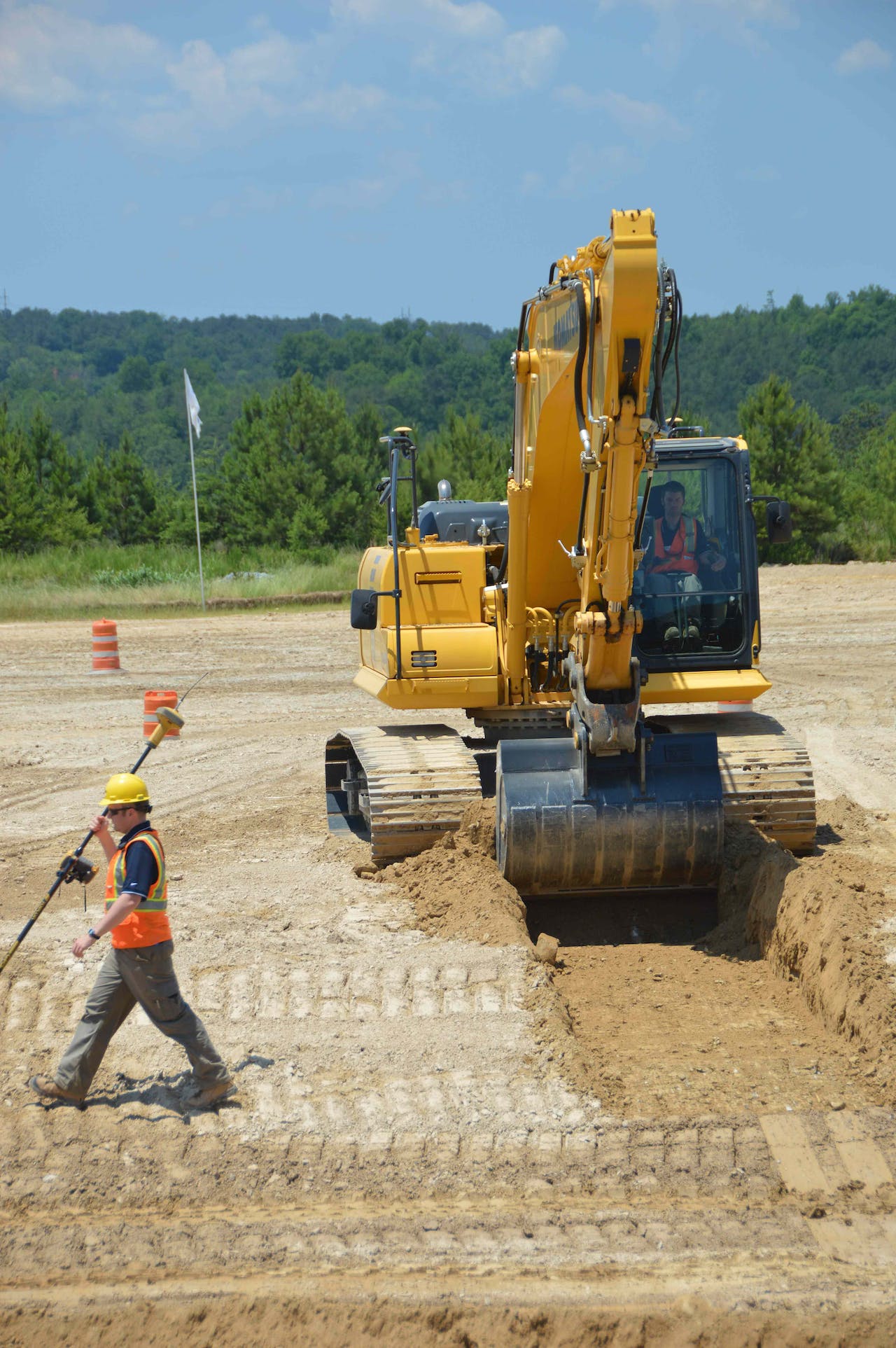 No more constant grade checks to see if your trench is on target. The intelligent machine control guarantees a perfect cut to grade. Photo credit: Tom Jackson

At its Cartersville, Georgia, demo facility last week the company took the wraps off the new PC490LCi-11 and PC360LCi-11 and gave us a chance to put this technology to the test.

The two excavators have fully integrated, factory installed GPS/GNSS systems that allow for either 2D or 3D automated digging. GPS/GNSS antennae on the counterweight end of the machine receive satellite positioning information that corresponds to a 3D topographical map stored in the machine’s monitor.

Stroke sensing hydraulics on the boom, stick and bucket along with inertial measurement units (IMUs) tie in with the GPS/GNSS data to enable you to see in real time exactly where the cutting edge of the bucket is relative to the design. In the manual mode you can work the joysticks to cut your material to the profile shown on the monitor. In semi-automatic mode, the machine’s hydraulics take over and cut a perfect pass to the design grade.

Komatsu calls these excavators “semi-automatic,” because you still extend and pull back the boom, stick and bucket. But the GPS-guided control of the hydraulics makes sure you don’t cut too deep and that the bucket on your final pass perfectly traces the 3D or 2D profile of the job stored in the on-board computer. With it, you cannot cut too deep.

Komatsu let me experience the fully automatic mode in the 36-ton excavator at their demo site. The task was to carve out a standard culvert shape with two sloped sides and a three-foot wide flat bottom. The shape is simple. Carving it out of the ground accurately is another matter.

But all I had to do was extend the boom and stick out to their full reach and lower the bucket to where the machine’s auto stop control halted the forward reach. Then I simply pushed full forward on the right-hand joystick to activate the auto grade assist and gently pulled back on the left hand joystick. The bucket descended into the ground and cut the exact shape of the first slope, stopped at the bottom and cut a perfectly flat section exactly three feet across and then curled up towards the cab to cut the second slope. Dump the spoils, move the machine forward, rinse and repeat.

Next I tried to duplicate the same cut in the “indicate only” mode. This means the automatic control is turned off and I had to follow the bucket’s progress on the monitor in the cab while manually controlling the bucket. No surprise, this was more difficult, less accurate and took more time, even with the generously sized, 12-inch display monitor in the cab. 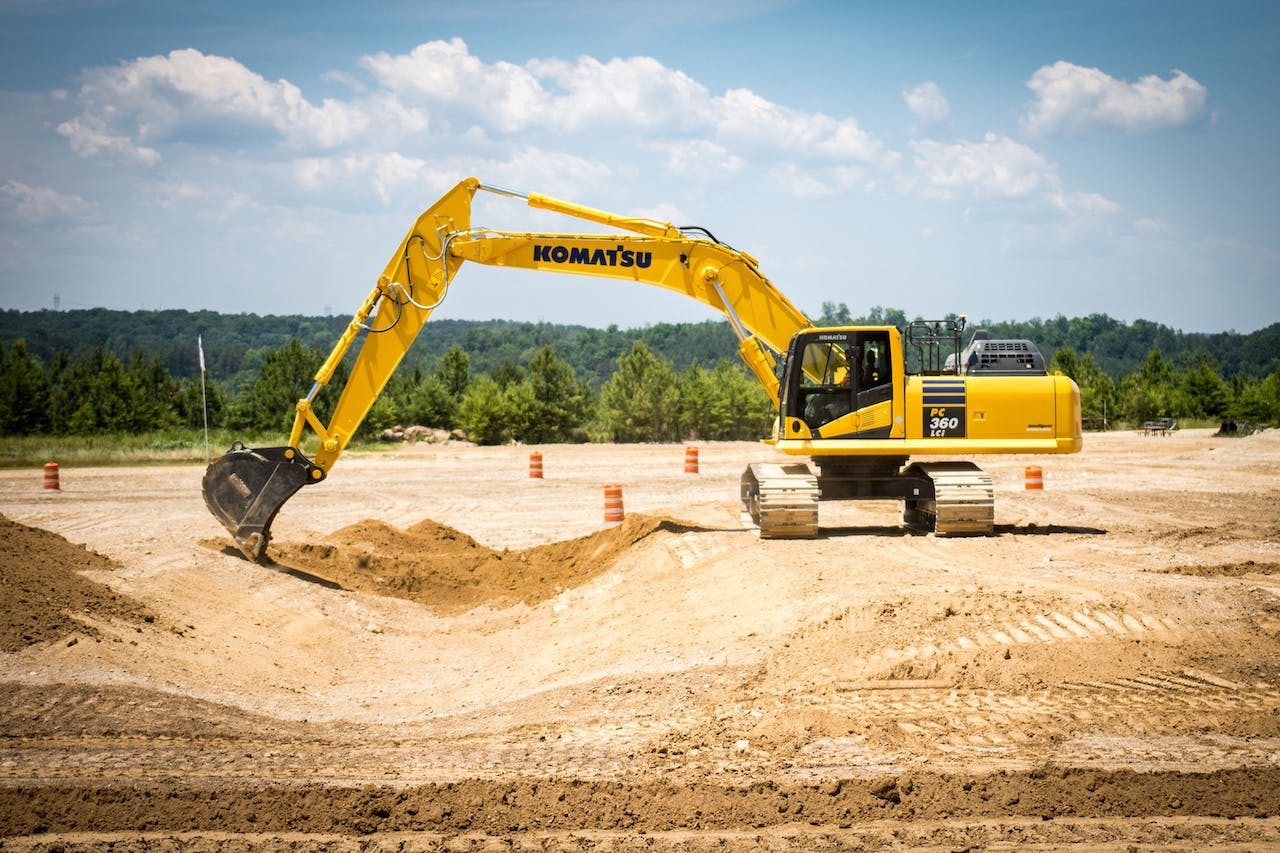 Stroke sensing hydraulics and inertial measurement units control the exact position of the bucket based on GPS/GNSS data and a digital topo plan plugged into the machine’s monitor. Photo credit: Wayne Grayson

Another useful feature in these new Komatsu excavators is what they call their “facing angle compass.” It’s an image on the monitor screen that shows you exactly how your machine is lined up relative to the design surface.

Before I started on my culvert dig, the machine was lined up about two degrees off perpendicular. It’s something that you might not notice just looking around, but by nudging the cab/boom superstructure over those two degrees and setting the compass pointer to zero I got the edge of the bucket perfectly aligned to make a full and accurate pull through the dirt. 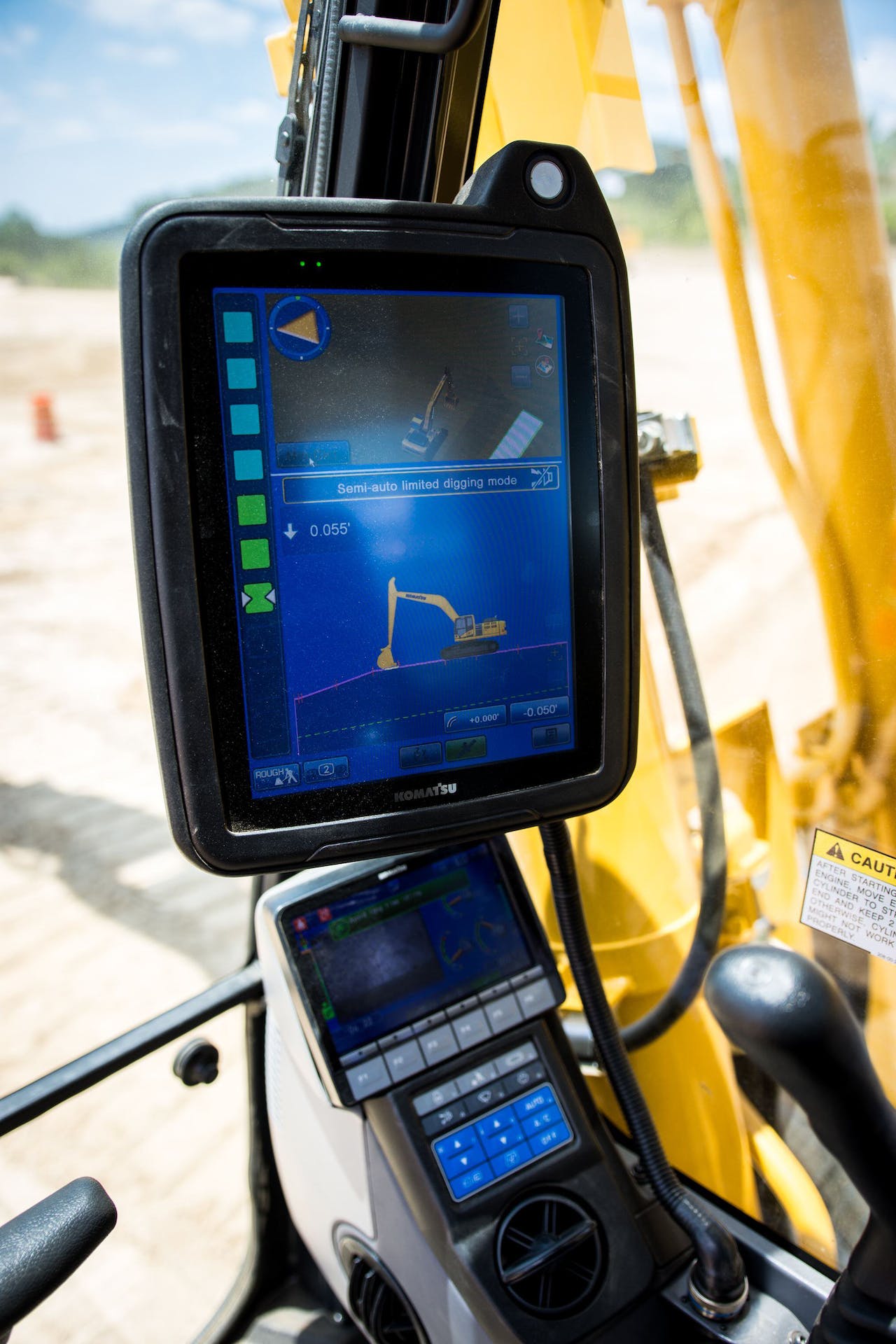 The 12-inch monitor in the cab offers multiple views of the job, and orientation of the machine and the work in progress relative to the design. Photo credit: Wayne Grayson

You shouldn’t have to stretch your imagination too far to come up with ways to benefit from this technology.

With it you can create complex building pad designs, cut footing and foundation trenches without disturbing soil below grade. Soil compaction in trenches could become a thing of the past. Enhancing safety, you can also cut deep trenches without having to put a man with a survey pole in the trench to measure depths. And for you pipeline contractors, if your design calls for a 3-percent slope, you can plug your CAD design into the monitor, set the controls to semi-automatic and cut a perfectly straight, perfectly sloped flat bottom trench all the way to the next county (or where ever the design stops).

Those of you who struggle with the skilled labor shortage should not overlook the fact that a lot of these tasks that used to take a highly talented operator, can be done using GPS/GNSS control and an average operator. What’s more, you can put a relatively new operator in a machine so equipped and bring them up to a good level of proficiency and productivity much faster.

As for the other specs, the PC360LCi-11 sports an 8.85-liter, 257 horsepower engine and boosts arm crowd force and bucket digging force seven percent over previous models. The PC490LCi-10 is the largest of Komatsu’s excavators with intelligent machine control. It has an 11L engine putting out 359 horsepower and likewise boosts arm crowd force and digging force seven percent.

With the addition of the two new machines, Komatsu now has a family of three intelligent machine control excavator models. The first of these, the PC210LC1-10 was introduced in 2014. 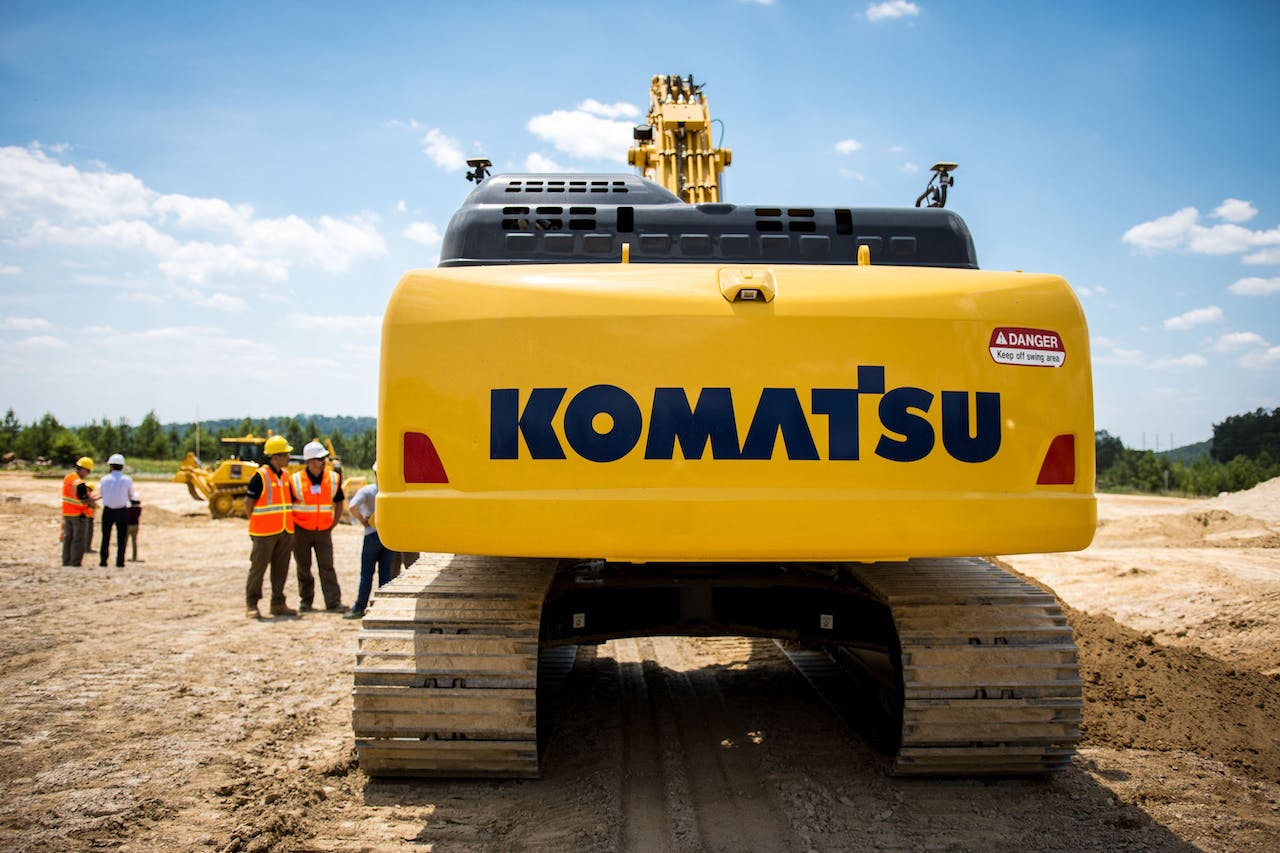 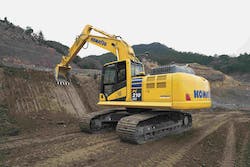 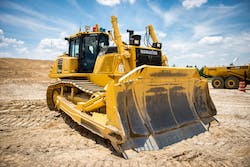 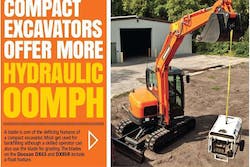 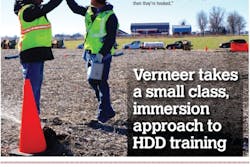