At an event at its customer center in Cartersville, Georgia, on Tuesday, Komatsu launched an RC option for the D155AXi-8, making the dozer the company’s first remote controlled machine to be equipped with integrated machine control.

Powered by a 354-horsepower Komatsu SAA6D140E-7 Tier 4 Final 15.24-liter diesel engine, the D155AXi-8 RC is a large dozer designed for a variety of a applications. Komatsu intends the RC option for situations where operator safety could be endangered.

Peter Robson, Komatsu’s director of Intelligent Machine Controls, said equipping the machine with RC was done with quarry, pit or other applications in mind where concerns over high water or extremely rocky conditions may put the operator in harm’s way or just make for an extremely rough ride in the machine’s cab.

The remote control connects via radio frequency, has a range of about 100 meters and also allows for operation of the ripper.

And typically, a dozer is the last machine you’d want to operate from the sidelines since you lose the feel and sightline necessary to hitting grade.

But because this machine is equipped with Komatsu’s intelligent Machine Control technology, it can operate in automatic mode from heavy dozing all the way through to fine grading, which makes being inside the cab, in many applications, completely unnecessary.

iMC allows the dozer to sense and control blade load thanks to a pairing of stroke-sensing hydraulic cylinders and an Inertial Measuring Unit. The system automatically starts the cut and lowers the blade to the correct grade. The blade is raised once the system senses that the load has increased to the maximum.

Operation of the D155AXi-8 RC was as simple as establishing a connection from the joysticks to the machine, starting the ignition, engaging auto mode, turning up the throttle and driving the machine forward with a nudge of the left joystick. You can see it in action in the video above.

On Tuesday, the dozer made pass after pass at Komatsu’s demo site perched atop the hills near Red Top mountain outside Atlanta. The RC joysticks were passed between media members and as we watched from the sidelines the machine met grade time after time without a hiccup.

That is, while auto mode was engaged. Things quickly got hairy for this operator when I realized auto mode had been disengaged just before the blade dug about 4 feet into the soil, ruining the nice, clean cut I had achieved just moments before with the mode turned on.

The D155AXi-8 is the largest iMC crawler dozer Komatsu has released. Komatsu has included an automatic gearshift transmission and lock up torque converter that select the best gear range depending upon both the jobsite conditions and the load. By transferring engine power directly to the transmission, horsepower loss is eliminated, and fuel consumption is reduced by up to 10 percent.

The addition of Komatsu’s Sigmadozer blade, which is designed to roll up soil at the center of the blade, ensures reduced digging resistance. The blade dozes up to 15 percent more soil compared to semi-u blades, while using less power, according to the company.

Komatsu says the RC option for the D155i is available now. 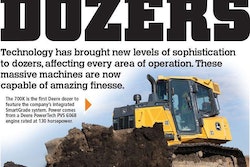 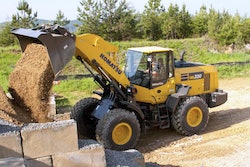 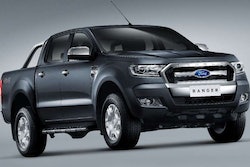 Ford Ranger to return in 2019 with a diesel powerplant 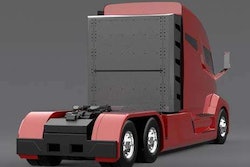