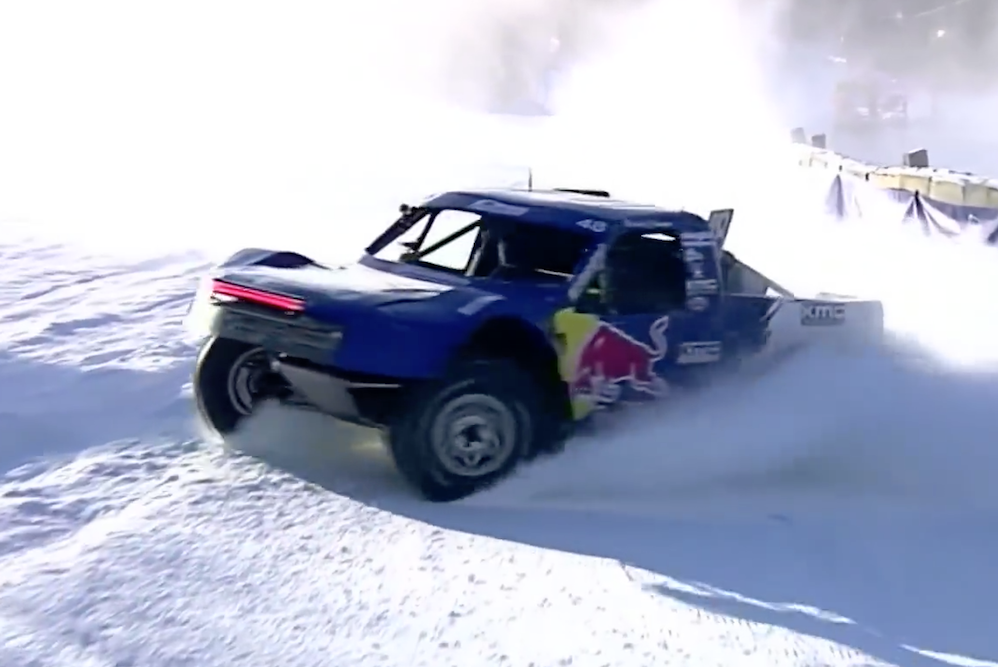 This gives a whole new meaning to the term “snowdrift.”

Billed as “the world’s only head-to-head on-snow truck race,” Red Bull’s Frozen Rush will feature 900-horsepower Pro 4 trucks flying through the air and flinging plenty of snow next week at the Sunday River Ski Resort near Newry, Maine.

The world’s best drivers, according to sundayriver.com, will race on the slopes of South Ridge “on a custom-designed course that has featured berms, an over-under jump, a huge dual gap jump and an enormous drift turn.”

The Top 5 Moments video below shows the trucks, fitted with snow-studded tires, kicking up tall, thick billows of snow as they race on the freezing course. Last year’s event drew about 10,000 spectators.

Red Bull Frozen Rush will webcast live at 12 p.m. Eastern on Friday, Jan. 8, on Red Bull TV, which can be accessed through redbull.tv or on its Android and iOS applications.