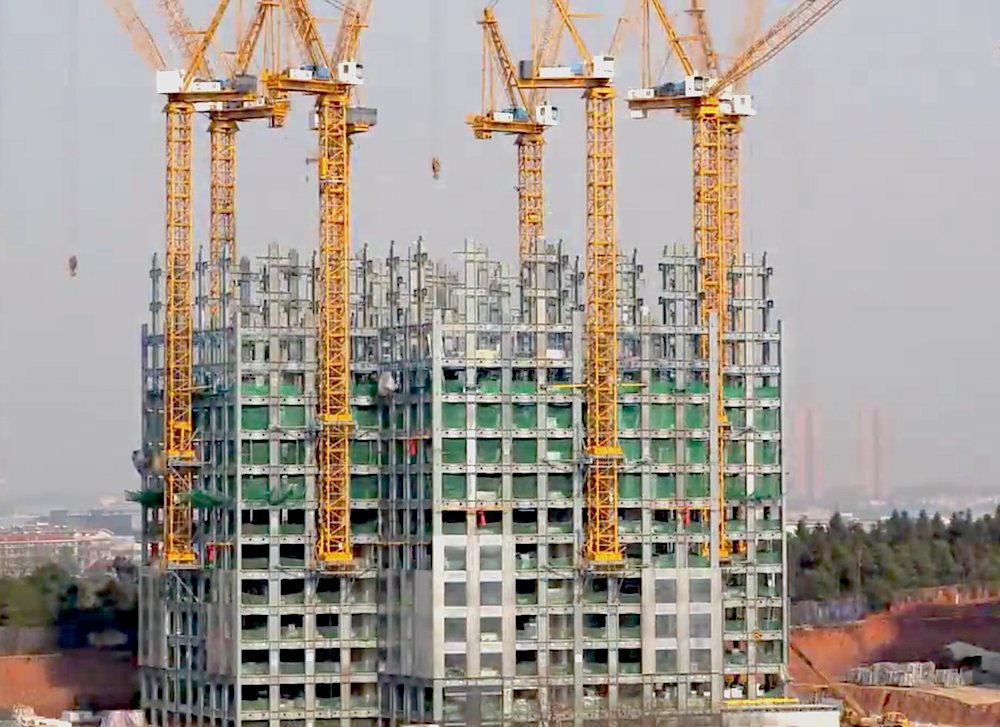 Remember Sky City? It was set to be the world’s tallest building, rising 220 stories and 2,750 feet above Changsha, China. But more importantly, the original goal was to build the massive skyscraper in just 90 days using pre-fabricated pieces. After pushing that back to the slightly more realistic seven months, construction on the building was halted completely in August 2013 after the Chinese government wanted a bit more time to make sure the building would be safe.

Driven to prove the safety of their process, the company behind Sky City, Broad Sustainable Building, has just completed a slightly smaller building but in a still-impressive amount of time. The 57-story Mini Sky City was built in just 19 days, working at a pace of 3 stories each day. The entire process is captured in the time-lapse below.

According to the video, the 2 million-square-foot building houses 800 apartments and has office space for 4,000 workers. And because the building was assembled from pre-fab, Broad says it reduced the use of concrete transportation, and the dust that comes from it, by 15,000 trucks compared to a normal building.