After setting an aggressive goal to build the world’s tallest building in only 90 days, the builders behind China’s planned Sky City have backed off a bit and now say construction will instead take seven months.

As The Atlantic Cities reports, the building received approval from the Chinese government last week. Sky City will be constructed by Broad Group in the city of Changsha and will be assembled from pre-fabricated pieces. That’s why the original timeline on completion was so short.

Construction of the building is set to start in August.

That being said, at 220 stories and 2,750 feet tall, the building will still beat the current tallest building, Dubai’s Burj Khalifa, by about 33 feet. Accomplishing such a feat in a span of seven months is still pretty impressive. For comparison, the Burj Khalifa took six years to build.

As The Atlantic points out, to finish this building in only seven months, builders will need to complete a story per day. Even more impressive, constructing the building will cost $140 per square foot—one-tenth of the price the Burj Khalifa cost. 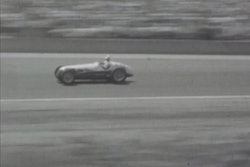 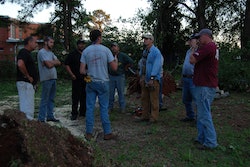 In Moore, just as in Tuscaloosa, the power of “just doing” will be revealed 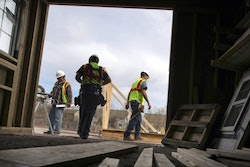