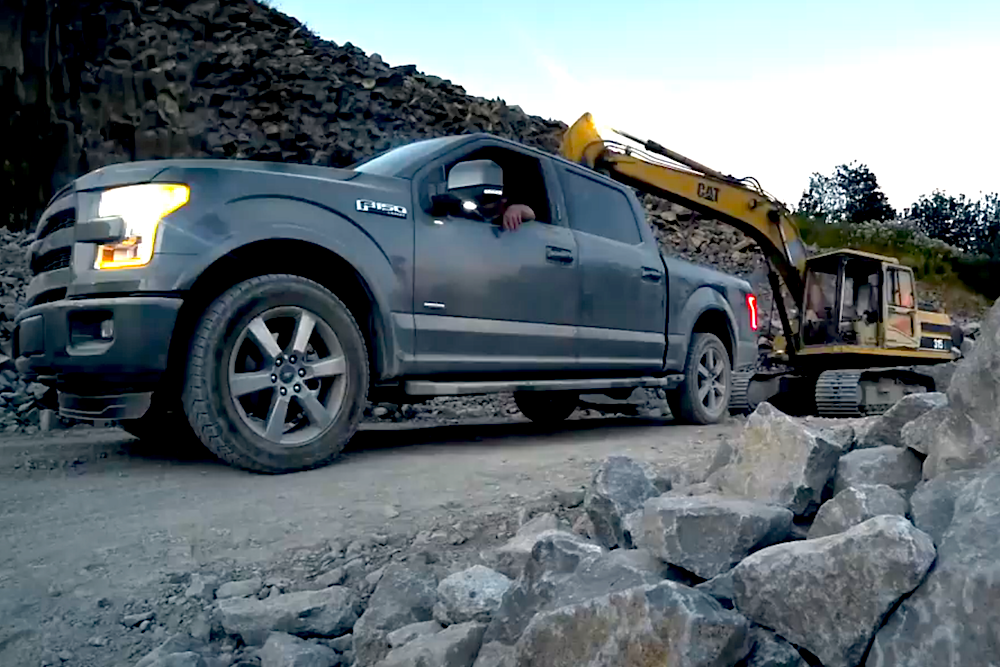 When Ford unveiled the 2015 F-150 in January, it knew it would have to convince a lot of skeptics that the truck’s new aluminum body could stand up to abuse. The company has done a pretty good job of allaying concerns through efforts like secretly testing the aluminum body on construction sites and a gold mine for the last three years and unveiling its torturous internal testing process. In fact, few in the construction industry seem worried about the durability of the new body with the majority of this site’s readers saying they’ll be buying one and the contractors we spoke to said they know aluminum’s tough thanks to years of using aluminum boxes on dump trucks.

But that hasn’t stopped Ford from continuing to put the new truck through the ringer. It even asked its customers to come up with extreme test cases. Stonemason John Swanson (who, might be the closest thing to a real life Ron Swanson from TV’s “Parks & Recreation” ) came up with a pretty good one: dump load after load of sharp basalt rock into the bed of the truck before scraping all of it out with an excavator bucket. So they did it. It took 51 loads to haul all 100,000 pounds of basalt, but they did it. Check out the video below to see if the bed held up.