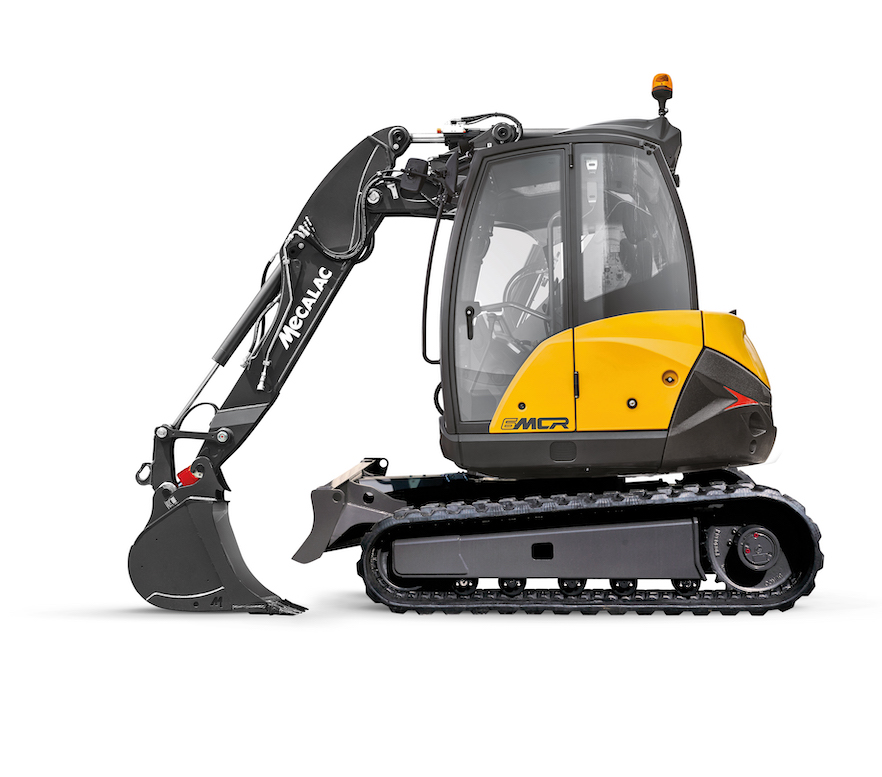 Mecalac’s introduction to the North American market came at ConExpo 2017, when it debuted a concept version of what would become the MCR Series crawler skid-excavator, a unique machine that combines a compact excavator with a compact track loader.

At ConExpo 2020, the French company unveiled the next generation of the MCR Series, with a new design, cab and user face. The MCR Series includes the 6MCR, 8MCR and 10MCR. The model number represents the operating weight in metric tons. All three models run on 74.3-horsepower Deutz engines.

“MCR is one machine able to dig, to load, handle the pallet and to be used as a tool loader,” said Patrick Brehmer, Mecalac head of design and product management. “With one single machine, you can do everything on the jobsite.”

The machines’ standout feature is their signature side boom, which has been designed to be used with excavator buckets and skid steer buckets and other attachments like forks. The machines can use both skid and loader buckets in the reversed position, allowing operators to push and load larger volumes. The bucket is supported against the blade so “the force of the thrust is transmitted directly from the undercarriage to the bucket.”

The side boom folds 130 degrees backward, acts as a natural counterweight and also makes the machine more compact when the arm is raised and when it is on the ground.

Featuring joystick control, the skid excavators are designed for digging trenches close to a wall or parallel to the machine, lifting loads, laying pallets over an obstacle or under ground level.