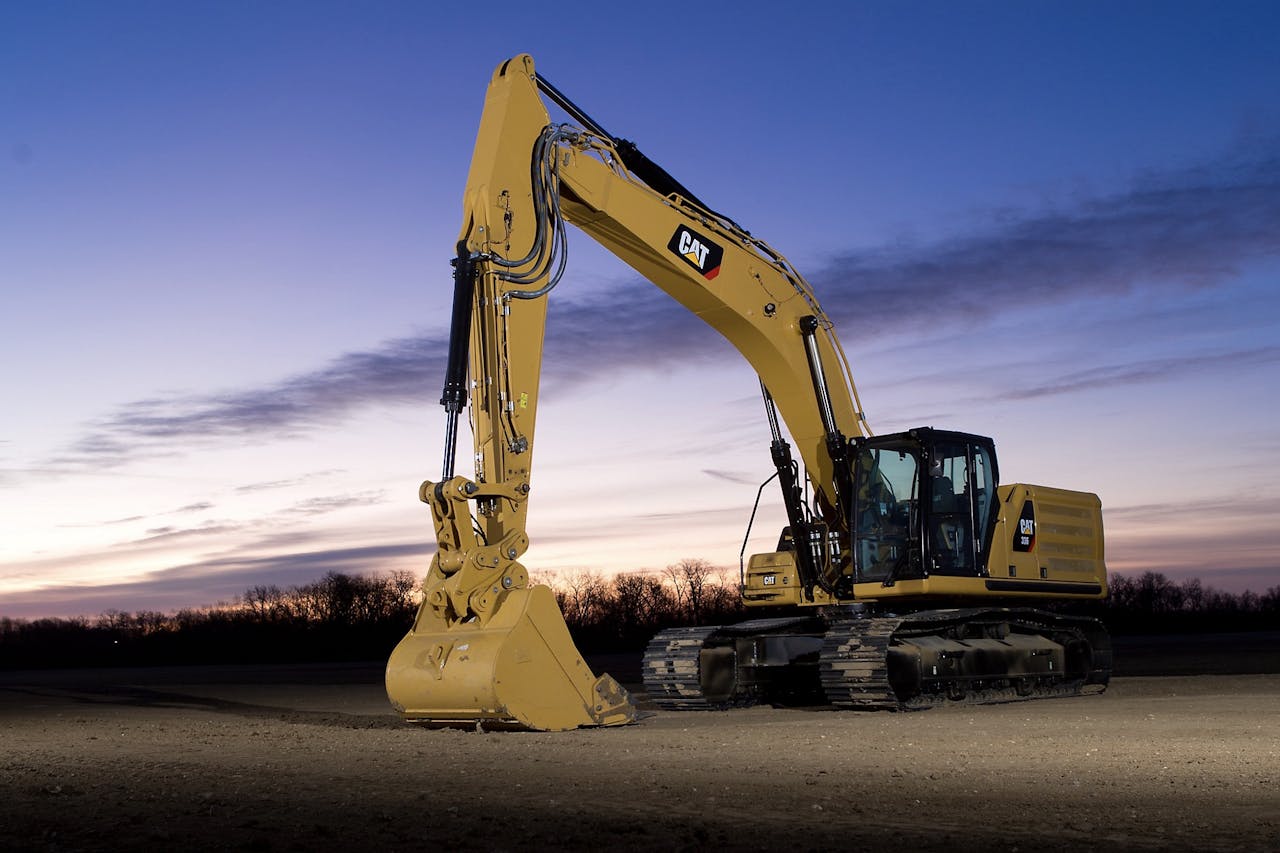 Expect up to 45 percent more power, operating efficiency and swing torque in the Next Generation hydraulic excavators from Caterpillar – while lowering your fuel consumption and costs.

The 2019 lineup includes the Cat 336 in the 36-ton size class, which uses up to 15 percent less fuel, along with 15 percent less maintenance over the previous series, according to Caterpillar.

With Integrated Cat Connect Technology raising operating efficiency over traditional grading operations, this model delivers the most power and lift capacity of two new 36-ton models – the 336 and 336 GC. 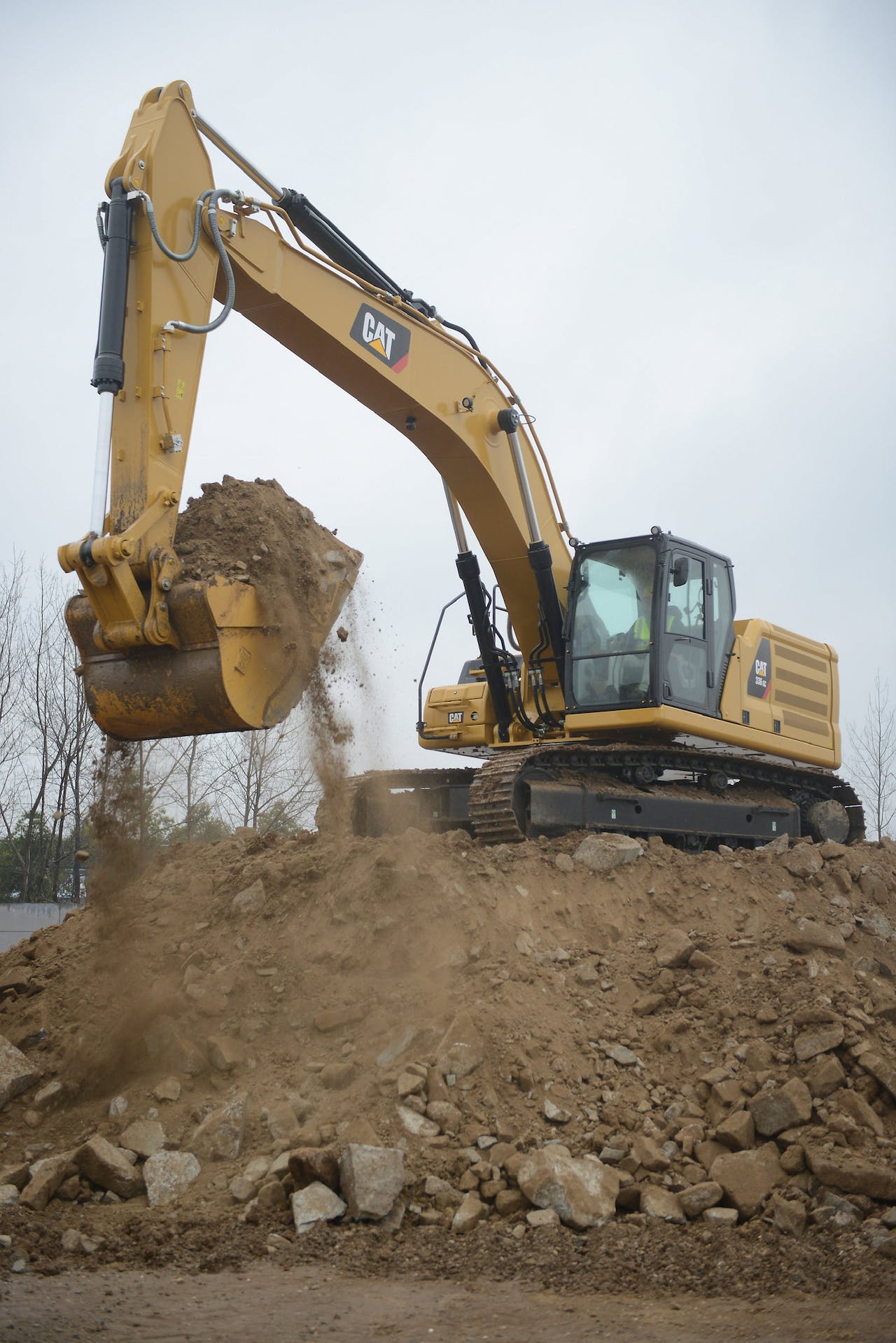 Four prime choices in the newest large hydraulic excavators include a couple in the 30-ton size class — the 330 and 330 GC. They also increase operating efficiency up to 45 percent. They lower fuel and maintenance costs by up to 20 percent.

A key goal built into the design of the 330 and 336 excavators is to ensure that operators are able to hit maximum performance – using technology to quickly reach and maintain grade with automatic systems, say Cat excavator experts Brian Stellbrink and Ryan Neal. 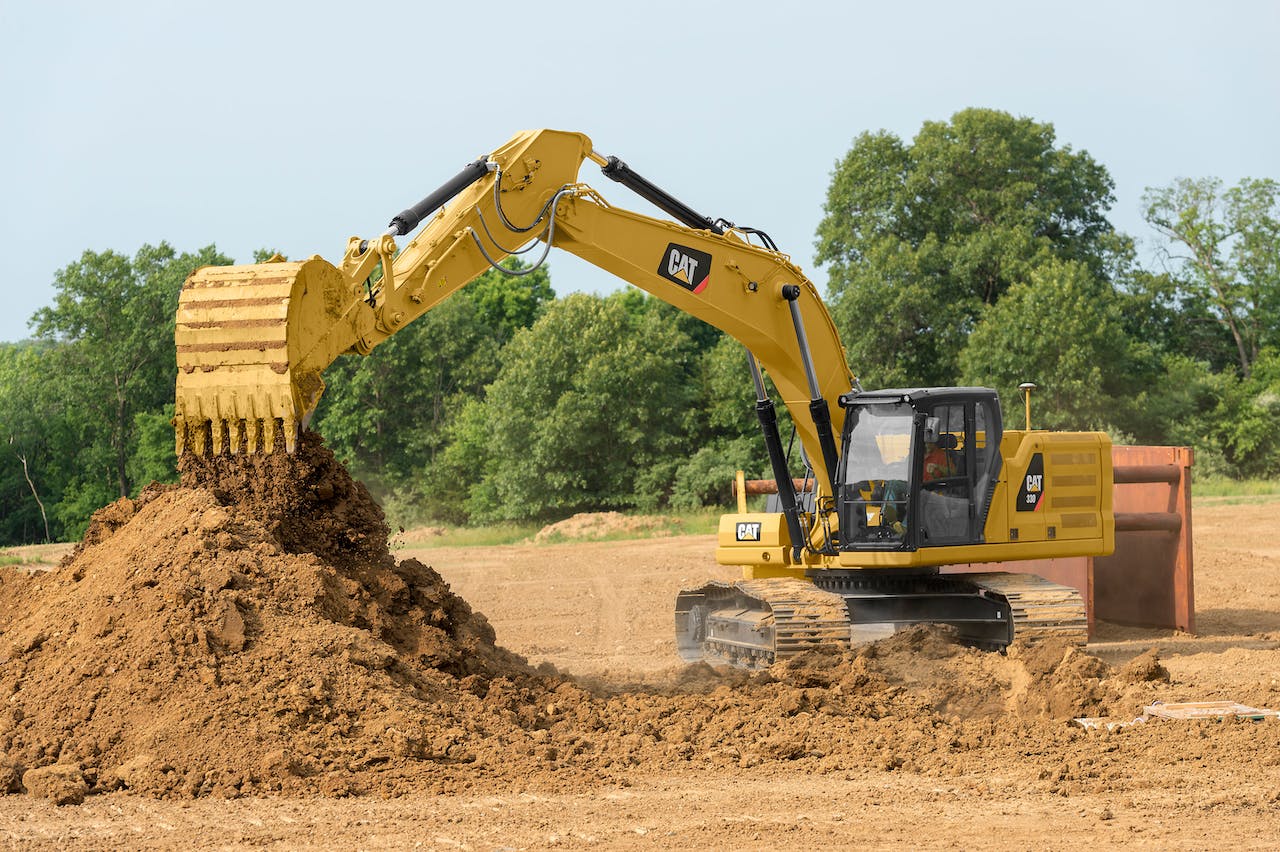 “On one hand, we’re increasing performance of these machines,” explains Stellbrink. “On the other hand, we’re lowering fuel consumption 15, 20 percent on some of these models.”

Caterpillar’s Next Generation excavators are designed to use Smart mode operation (one of three power mode settings) to burn less fuel by automatically matching engine and hydraulic power to the digging conditions. This optimizes both fuel consumption and performance, Cat says.

All are designed to improve operator comfort compared to previous models. These new excavators offer unique combinations of features designed to match contractors’ productivity and cost targets, the company says. 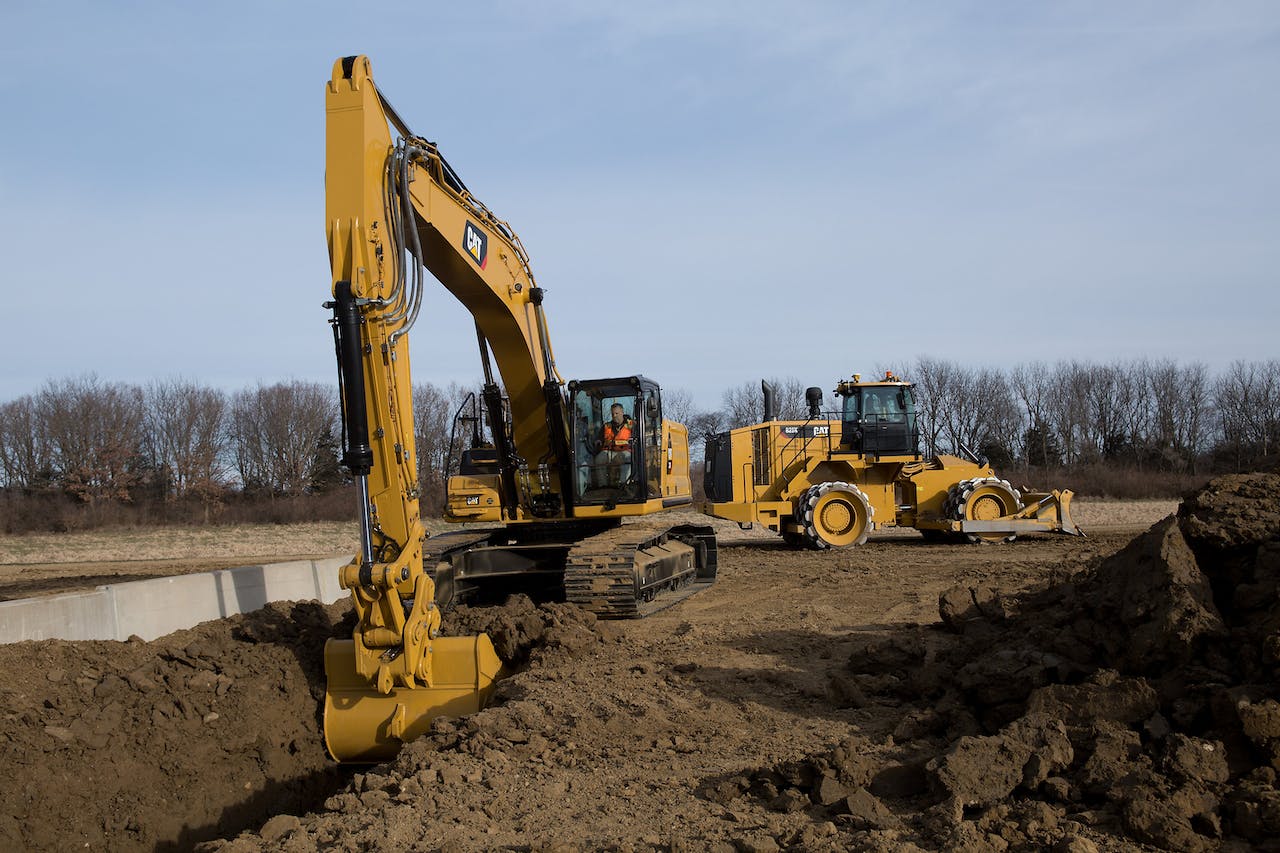 By offering extended and more synchronized maintenance intervals, the new Cat excavators do more work at a lower cost and reduce maintenance costs over the previous series.

The fuel system filters are synchronized for service at 1,000 hours, constituting the 100-percent increase over the previous filters. Due to fewer hydraulic lines on the excavators, less oil is needing, which lowers operating costs over the long haul – thanks to the extended and more synchronized maintenance intervals, the experts say.

For easier, faster and safer daily maintenance, the models include fuel system water and sediment drains and hydraulic system oil level being positioned close together at ground level, the experts pointed out in machine walk-arounds.

By design, Cat Next Generation excavators consume less fuel than the models they are replacing — up to 15 percent less fuel for the 336, which is a big contributor to operating costs, Stellbrink notes.

The Smart mode operation helps achieve that by automatically matches engine and hydraulic power to digging conditions, optimizing both fuel consumption and performance. Engine speed is automatically lowered when there is no hydraulic demand to further reduce fuel usage.

The cooling system features a new fan that runs on demand to keep the excavator working at the correct operating temperature for maximum efficiency, too.

The new Cat air filter with integrated pre-cleaner and primary and secondary filters has double the dust holding capacity of the previous design. The hydraulic return filter has a 3,000-hour service life — a 50 percent increase over previous filter, the company says.

Technology boosts not only efficiency but operation 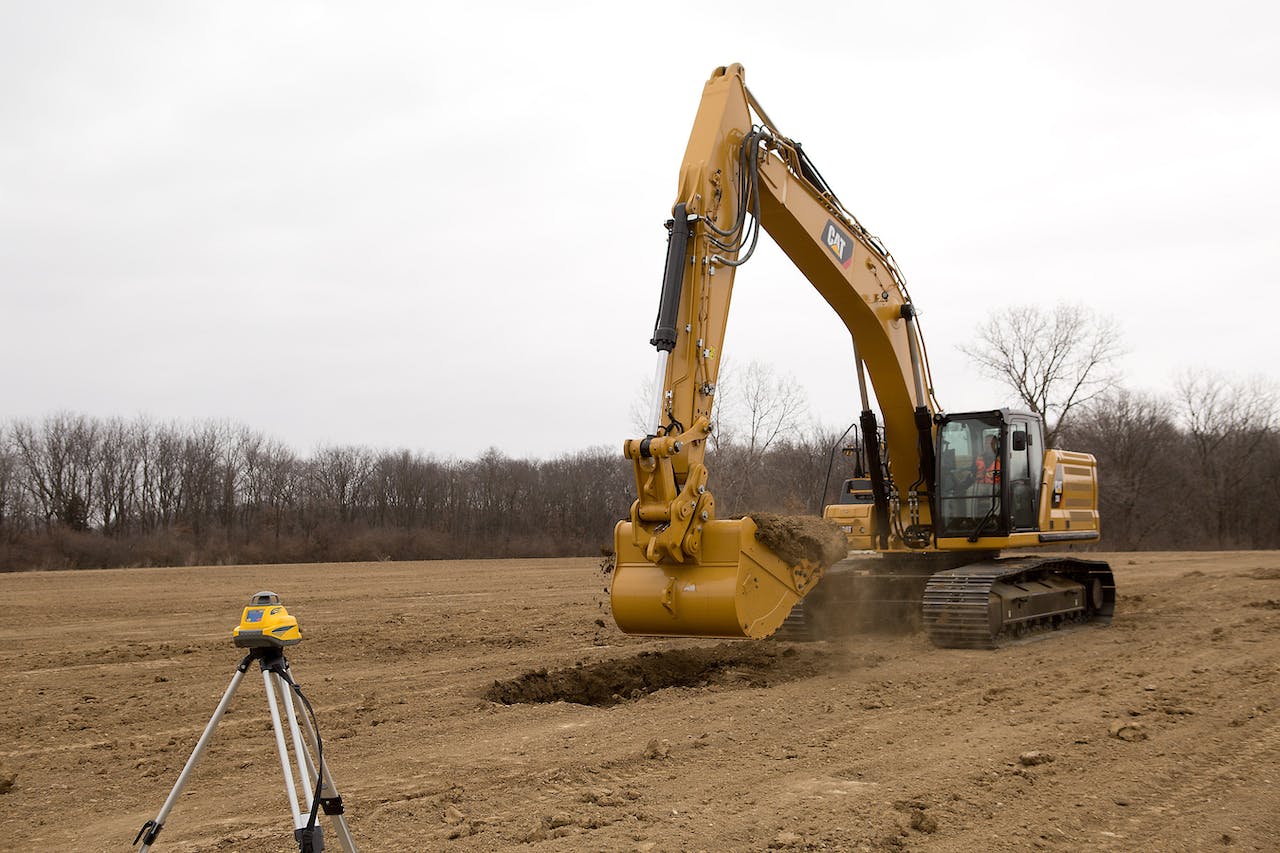 The 336 has the industry’s highest level of standard factory-equipped technology to boost productivity. It’s not only raising operating efficiency by up to 45 percent over traditional grading operations but going further to help address ease of operation.

The design represents a new focus from manufacturers who recognize that it can be difficult for contractors to find and retain operators, Stellbrink explains. Many are relatively inexperienced, so technology built into the Next Gen excavators can help new operators reach grade faster and achieve high performance, he says.

“Maybe they don’t have an eye for grade like a lot of the other folks that have been in the business for a little bit longer,” says Stellbrink. “Okay, now you have grade systems to help them out.”

Cat continues on from the 320 and 323 models with the standard 2D grade systems in the 330 and 336, and the machines boast automatic systems.

With the standard Cat Grade 2D system comes guidance for depth, slope, and horizontal distance to grade through the standard touchscreen monitor.

Standard Grade Assist automates boom, stick, and bucket movements so operators can effortlessly stay on grade with single-lever digging. That system is readily upgradable to Cat Grade with Advanced 2D or Cat Grade with 3D.

When it comes to the digital jobsite, excavators are following dozers with a huge influx moving into 3D GPS, with more jobs going “stakeless,” Stellbrink explains, adding that a lot of this is going into the 3D world with design plans digitized and loaded into the machines.

“It’s coming big time into the excavator world,” he says.

Caterpillar’s solution is to integrate, from the factory, full GPS with automatics, he says.

“So now you get the best of both able to work larger scale site plans or even smaller ones,” he says. Having the automatics helps those more inexperienced operators get the grade while also making it a little bit easier and less fatiguing for more experienced operators, he says.

The E-fence feature on the 330 and 336 prevents the excavator from moving outside operator-defined set points—particularly useful when working beneath structures or near traffic.

The Next Gen 30-ton size class excavators from Caterpillar — the 330 and 330 GC — not only also increase operating efficiency, lower fuel and maintenance costs, but they also improve operator comfort compared to previous models.

The Cat 330 features standard integrated Cat Connect technology and the most power and lift capacity of the two models, affording maximum productivity at the lowest cost.

The new Cat 320 and 323 come with integrated Cat Connect Technology to raise operating efficiency by up to 45 percent over traditional grading operations. Standard technology combined with lower fuel and maintenance costs result in low-cost production in medium- to heavy-duty applications. The premium 323 boasts the most power and lift capacity in this line, Cat says. 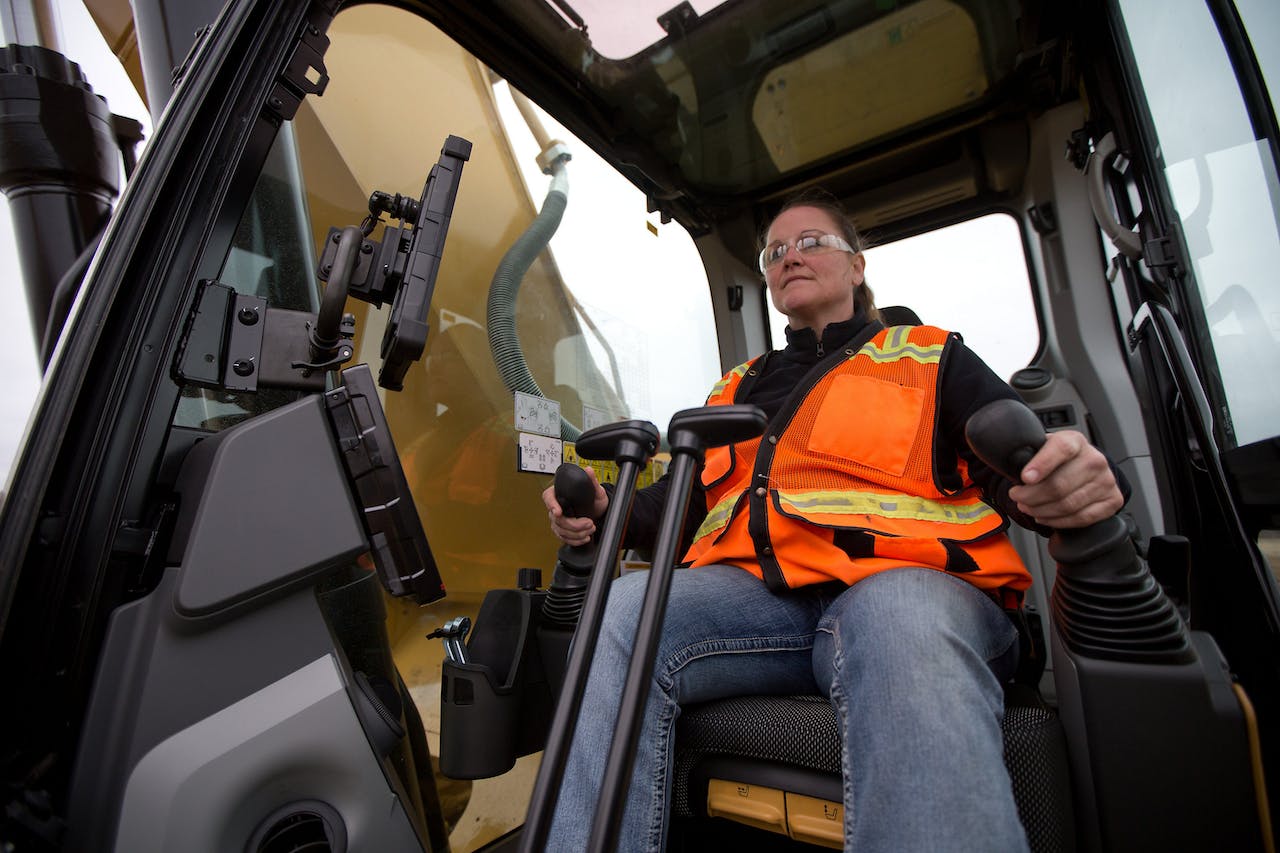 With a choice of comfort, deluxe, or premium cab packages, all Next Generation Cat excavator cabs come equipped with standard features like keyless push-button start, touchscreen monitor with jog dial keys for control, and sound-suppressed rollover protective structures (ROPS) to offer the next level of operator comfort and safety, experts showed editors in walk-around demonstrations.

A tilt-up console for the deluxe and premium cab designs affords easy cab entry and exit. And new advanced viscous mounts reduce cab vibration by up to 50 percent over previous models.

Large front, rear, and side windows enhance visibility. Optional on the 336 only is 360-degree visibility, which combines images from multiple machine-mounted cameras to enhance the operator’s sight. 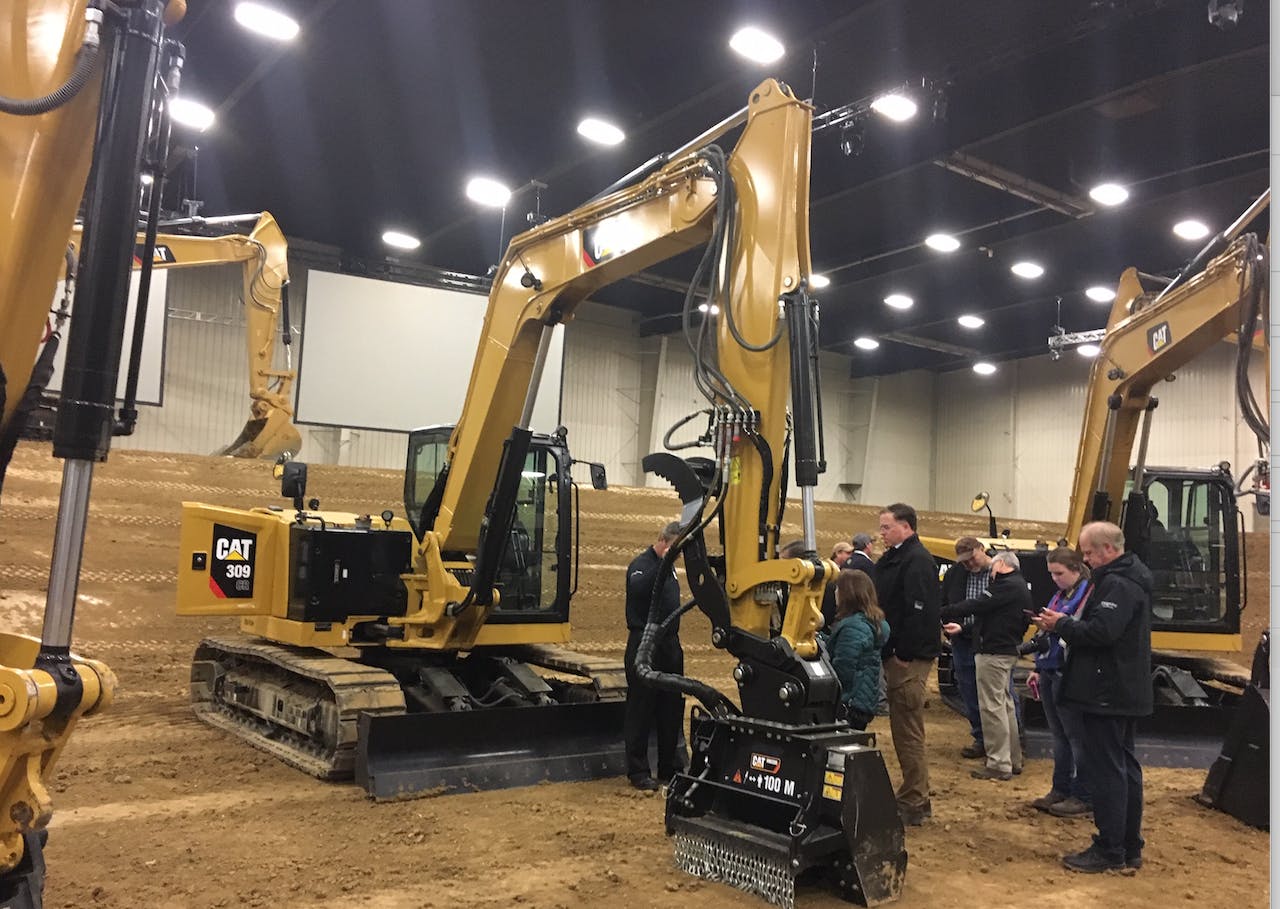 The briefing for editors in Edwards, Illinois, in November encompassed two dozen new products and services.

Also included in the wide-ranging lineup were Next Gen micro- and mini-excavators.

The larger seven- to 10-ton have more power, performance and efficiency, he says. 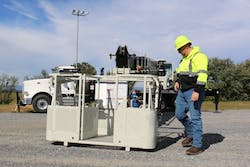 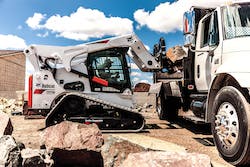 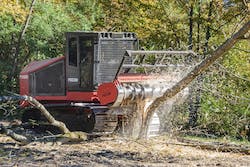 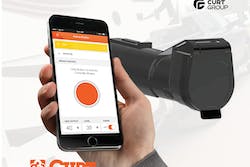