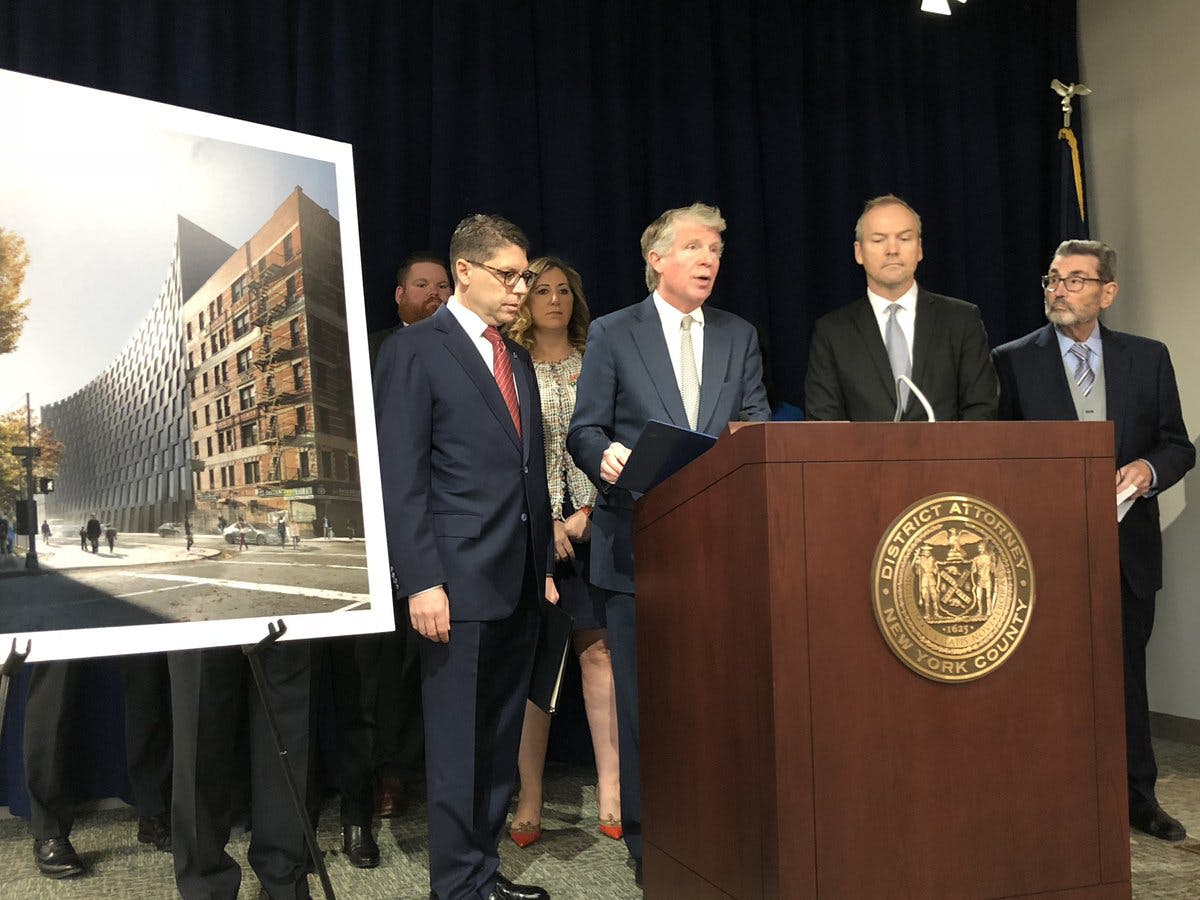 Terrence Edwards, 39, of New Jersey and Timothy Braico, 41, of New York were both charged with two counts of felony second-degree assault and two counts of misdemeanor reckless endangerment by the Manhattan District Attorney’s Office.

The D.A.’s office said Edwards and Braico ignored New York City safety regulations governing mini cranes, which led to the remote-control Jekko crane falling from the fourth story on an 11-story mixed-use luxury residential construction site in Harlem. The boom crashed through the third-story where Christopher Jackson and Jorge Delgado were guiding heavy glass panels into place as the crane hoisted the panels from the second floor.

While lifting a panel that weighed about 600 pounds more than its rated capacity of 880 pounds, the crane lurched forward and overturned, according to the D.A. The boom hit Jackson, broke his harness and catapulted him to the ground three stories below. He suffered traumatic brain injury, affecting his speech and ability to walk. Delgado was struck in the back and suffered spinal injuries that impair his ability to move.

The D.A.’s office said Edwards and Braico disregarded city regulations enacted in 2017. The regulations require contractors using mini cranes to ensure operators are trained on the equipment, to have an approved permit and to have an approved engineering plan on file with the city showing how the crane will be used, including where it will be tethered. The regulations define a mini crane as a mobile crane with booms of 50 feet or less and rated operating capacities of 3 tons or less.

In this case, Braico, a branch manager for Western Waterproofing Company, dba Western Specialty Contractors, ordered a mini crane for the project on June 15. The D.A. said none of the workers was trained on the crane, and Braico had not obtained required engineering plan approval from the city’s Department of Buildings (DOB).

On June 25, site superintendent Edwards assigned an untrained worker to operate the crane to hoist glass panels from the second floor, the D.A. said. The worker did not understand the crane’s load capacity. The crane was not tethered.

“As alleged in this case, these defendants knowingly skirted DOB safety protocols to speed up their project, resulting in devastating, life-changing injuries for two workers when a mini crane fell from the fourth floor, catapulting one as it hurtled to the ground,” said D.A. Cyrus Vance Jr., in announcing the criminal charges November 8. “As the use of these remotely operated, lightweight cranes continues to grow, contractors must ensure their workers are trained and their plans are DOB-approved, and always make sure these dangerous pieces of equipment are securely tethered.

“Those who fail to follow building regulations and recklessly kill or maim their workers will be criminally prosecuted.”

Braico and Edwards’ employer, St. Louis-based Western, was entered into the D.A. office’s deferred prosecution program after cooperating with the investigation. Through the program, it agreed to put an independent monitor on its site and improve worker training. It also must fund public service announcements in English and Spanish about New York workers’ safety rights. OSHA is also investigating the incident.

Western was hired as a subcontractor by construction manager ZDG to install the building’s façade, which includes a curtain wall that alternates blackened stainless-steel panels and glazed window panels. The building is owned by Blumenfeld Development Group.

The criminal charges are the latest efforts by Vance to crack down on construction incidents that kill or injure workers when safety precautions are not followed. Vance won convictions in 2016 against defendants in a trench collapse case in 2015 that killed a 22-year-old worker. 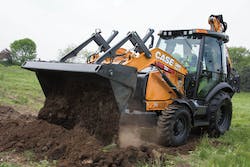 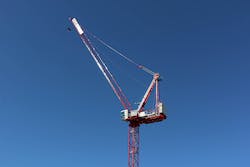 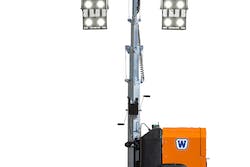 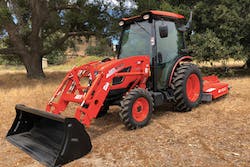