Manitowoc‘s latest National Crane boom truck lineup made its world premiere at a recent media event in Shady Grove, Pennsylvania. The company says the new NBT50L series of cranes offers a longer reach than the NBT50 series it replaces.

On hand at the media event was the new NBT55L, one of four total models in the new crane lineup which also includes the NBT50L, NTC50L and the NTC55L.

“With the NBT50L Series, we’ve delivered the boom length that our customers have been asking for,” he says. “And added reach is only the beginning. These cranes also offer three different lifting configurations, improved stability, higher capacity-at-reach and easier serviceability, all with the goal of enabling companies to win and complete more projects with a single crane than ever before.”

Maniwotoc says the extra reach reduces the need to swing a jib on the jobsite, ultimately saving time for operators. The NBT50L series cranes also feature an 11m (36-foot) offsettable lattice jib, which the company says is a first for the National Crane brand.

The NBT50L Series cranes also feature a new superstructure design that Manitowoc says reduces deflection and offers higher lifting capacities and more operator confidence while lifting. Other new features on the cranes include:

A two-camera system and a wireless wind-speed sensor are available options. The NTC models can be purchased as part of the NTC Value package which bundles both the camera system and wind sensor together at one price. 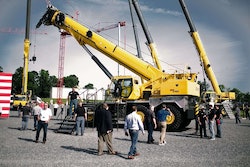 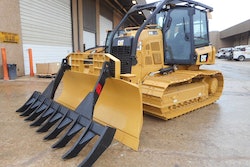 Solesbee’s new rakes will fit just about any dozer blade 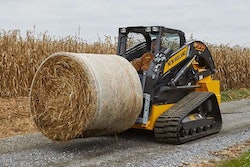