Ford wants to resurrect the Ranger and the Bronco in the U.S., reports say

Ford wants to resurrect two of its most iconic discontinued truck models here in the U.S. with production said to begin in 2018, according to two reports.

The Detroit News broke the news of Ford’s plans Wednesday with a report saying the automaker will bring back its Ranger midsize pickup. A second report from Bloomberg Business says the automaker also plans to reintroduce the Bronco as a midsize SUV.

Ford discontinued the Ranger in the U.S. in 2012 citing lack of demand for midsize trucks. The company has since worked to make its full-size F-150 more fuel efficient, reducing weight with an aluminum body and engineering the 2.7-liter EcoBoost V6.

In March, Ford unveiled the 2015 Ranger which is still available overseas. That truck features a new look and two diesel engine options.

The Bronco was discontinued in 1996. Bloomberg reports the new version of the truck will be similar in size to the Explorer but built on a pickup frame and likely geared toward off-roading.

Ford is in negotiations with the United Auto Workers to manufacture the two trucks at the Michigan Assembly Plant, located in Wayne, the publications reported. According to “sources with knowledge of Ford’s plans,” the trucks would replace production of the Focus and C-Max at the plant.

We reached out to Ford and while spokesman Mike Levine confirmed that the automaker plans to move production of the Focus and C-Max from the Michigan Assembly Plant in 2018, he gave no outright confirmation of the company’s plans to reintroduce the Ranger or Bronco there.

“We actively are pursuing future vehicle alternatives to produce at Michigan Assembly and will discuss this issue with UAW leadership as part of the upcoming negotiations,” Levine wrote in an email.

Here’s crossing our fingers that this actually happens. The midsize truck segment has been pretty exciting lately with the successful Chevy Colorado and the impressive updates Toyota recently made to the Tacoma. A new Ranger would ensure innovation keeps increasing at a steady pace. 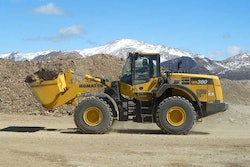 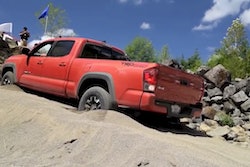 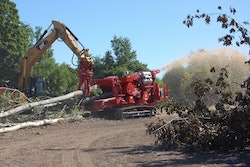