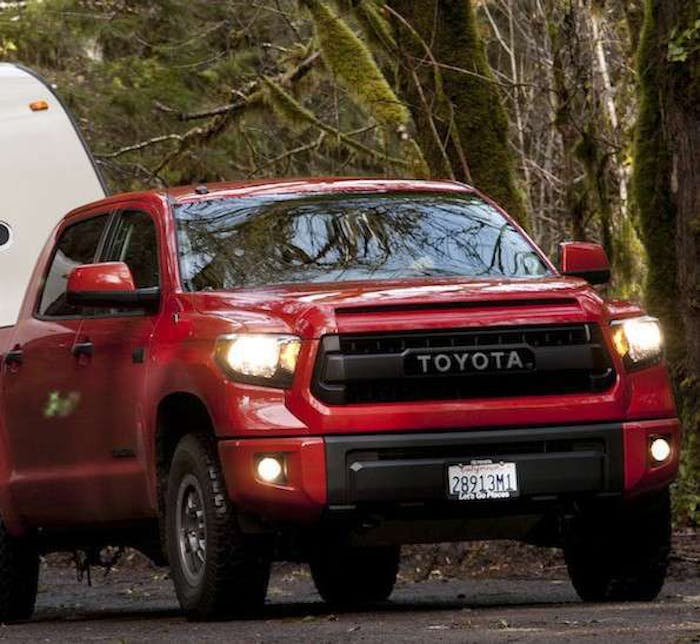 Toyota’s Tundra has been a staple in the company’s line-up for more than a decade and it only gets better with age.

Last year the Texas-built Tundra received a much-needed facelift inside and out. This year the TRD (Toyota Racing Development) model, a popular trim package among the work/outdoor/off-road crowd for years, received an upgraded suspension and exhaust to go along with some distinctive body, badging and interior trim that’s exclusive to what is called the TRD PRO edition. 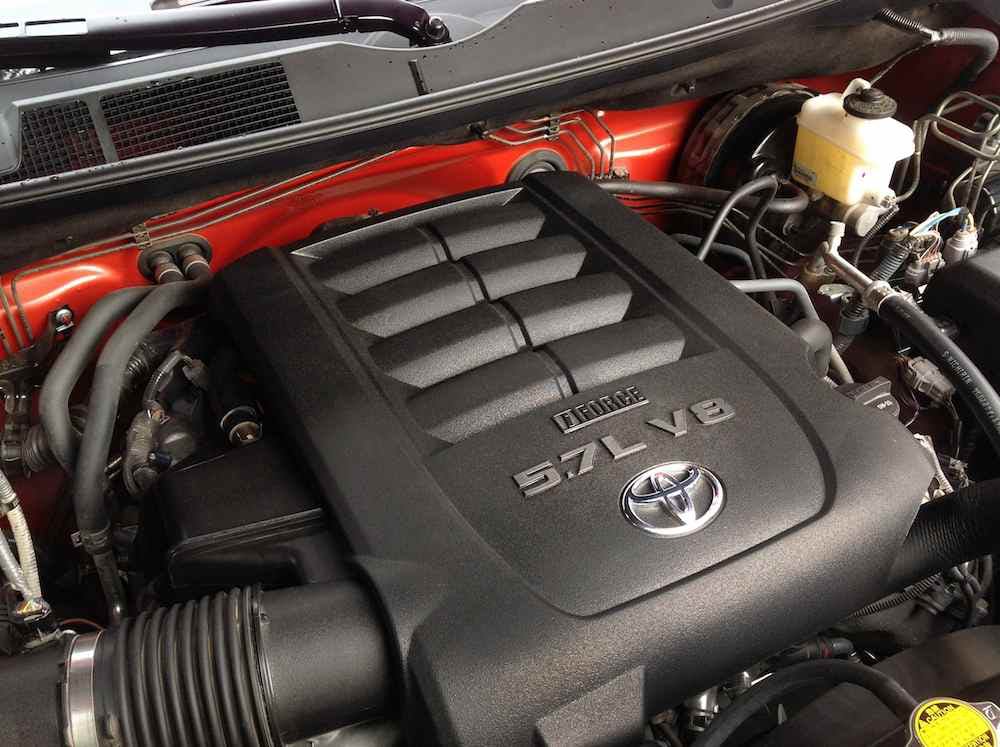 Driving the 2015 Tundra TRD PRO CrewMax is an enjoyable experience: It’s the roomiest, toughest sounding, most distinctive and best handling of all Tundras. But what makes the biggest difference between the stock Tundras and the TRD PRO is the latter is equipped with some performance goodies off the shelf of Toyota’s racing division, TRD.

The special springs provide a softer suspension with about two inches more travel than a standard Tundra, which helps keep the truck’s tires on the ground better in off-road driving.

The TRD PRO model also gets 32-inch BFG A/Ts on 18-inch TRD wheels, a full compliment of skid plates to protect the vitals and a TRD cat-back dual exhaust system that adds both a throaty roar along with an estimated 10- to 15 horsepower to the 5.7L iForce V8.

When it comes to looks and comfort, the 2015 TRD PRO CrewMax is tough to beat. These models sport deeply embossed lettering on the bedsides, a big “TOYOTA” front grill badge, and special cloth interior trim with “TRD PRO” embossed on the high-back front bucket seats.

Ride quality and handling, both off and on pavement, are noticeably better than the typical CrewMax 4×4.

Interior roominess is stellar, too. The cab is one of the largest in the market, with more head, shoulder and legroom in the front and rear than any of it’s half-ton rivals.

From the performance perspective, the truck employs the same traction control system and strong limited-slip as its brethren that provide good excellent traction while driving over dicey terrain. I drove the truck over desert terrain, in snow and over miles of muddy, rocky backroads during hunting season: It never faltered when it came to traction. 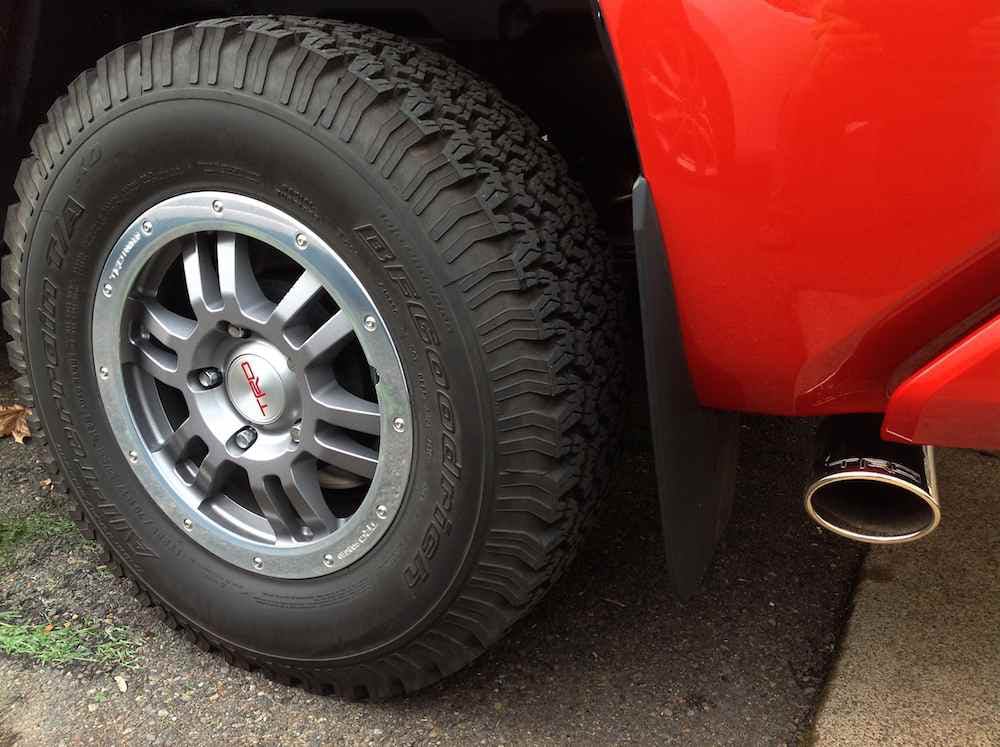 It’s also quite adept at towing despite the softer, longer travel suspension. I used the TRD PRO to pull a 6,700-pound 27-foot Jayco White Hawk RV. Tundras have a maximum towing capacity of 5,000 pounds using a ball-and-shank in the factory-supplied receiver hitch. To tow the heavier Jayco, Toyota requires a weight-distributing hitch be used in the receiver to get proper tongue weight and to keep proper weight balance on the truck.

So we quickly slid in a Reese W-D hitch and adjusted the spring bars according to Toyota’s specifications. I drove the TRD PRO with and without a W-D hitch towing more than 6,500 pounds. There is a considerable difference in the truck’s handling when it has the proper setup. Taking the extra 2-3 minutes to hook up a W-D hitch is highly recommended when towing more than 5,000 pounds. 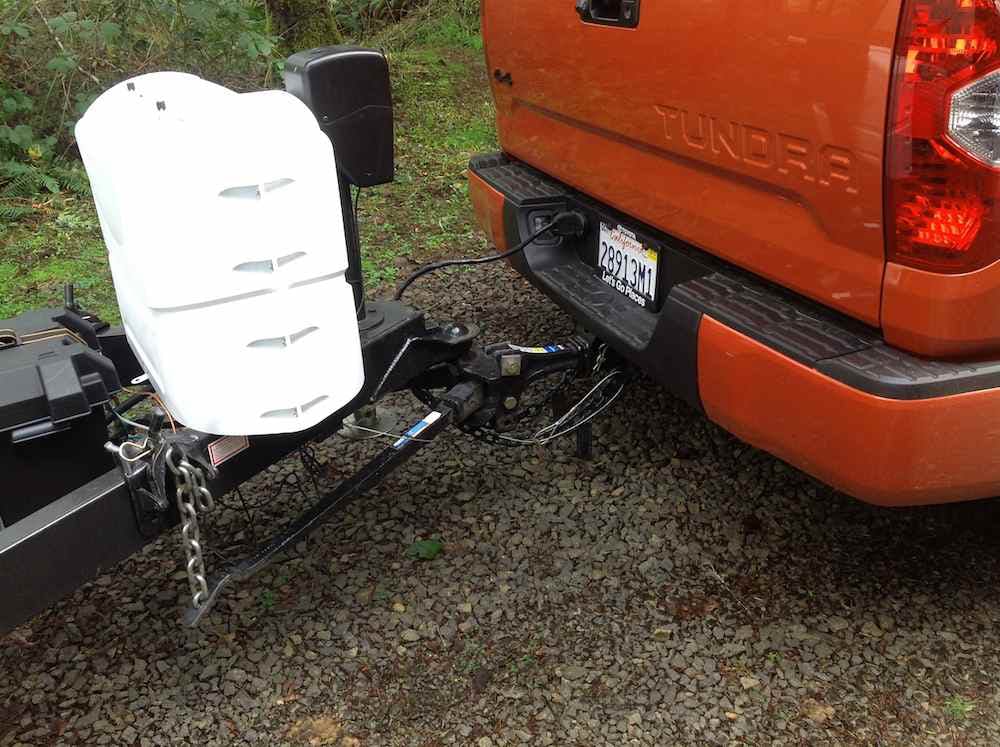 Power is never a problem. The 381hp-plus from the TRD PRO’s 5.7L V8, backed with a six-speed automatic and 4.30 gears, is a fine package for any pickup. It has strong low-end acceleration and plenty of snort at any time you roll into the throttle.

While most of Toyota’s competitor’s full-size 5-liter V8 pickups are delivering mpg numbers in the low 20s and high teens, the Tundra I tested can barely eek out 15.6 miles per gallon on flat, open road at 65 mph, and less than 9 miles per gallon towing the Jayco in the same conditions.

I saw 12.1 mpg in moderate stop-and-go city driving in my test truck. The EPA numbers are similar: 13/15/17 (city/combined/highway). Those place the Tundra at the bottom when it comes to comparable full-size pickups.

Toyota really needs to address fuel economy in the next generation and put a concerted effort in bringing the iForce 5.7L into the modern era.

Fuel economy aside, the 2015 TRD PRO CrewMax will not disappoint in quality, interior spaciousness, ride, handling and four-wheel-drive performance.

What may deter some loyal Toyota buyers is the $43,900 base MSRP the TRD PRO CrewMax model commands. 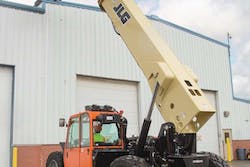 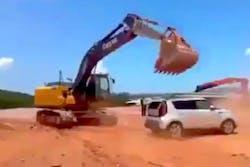 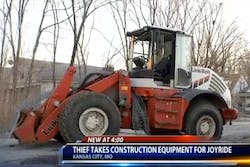 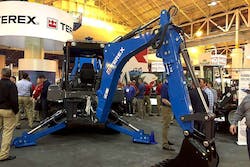