At more than 50 feet wide, the asphalt being poured on Germany’s A 10 motorway recently was a first for the world.

Machines from the Wirten Group, including the world’s largest paver in the Vogele Super 3000-2, were commissioned by the German Federal Ministry of Transport to pave a 50-feet-wide portion of the Berlin Ring. The Vogele paver and a WMH Werwie Maschinen-Handels GmbH laid down more than 2.5 miles of jointless pavement.

According to the Wirten Group, the Vogele 3000-2 can place layers of up to nearly 19 inches thick in a single pass. The machine also has a laydown rate of 1,600 tons per hour.

“The issue bothering the paving team from the outset was: can we achieve a homogeneous pavement quality over the full width of 15.5 meters (50-feet, 10.24 inches)?” Heijmans Oevermann GmbH senior site manager Dirk Lohne said.

But the crew was able to accomplish the massive feat. A press release from the Wirten Group said “their concern was not unfounded, for this was the first time that such a pave width was to be realized with a high compaction screed.” 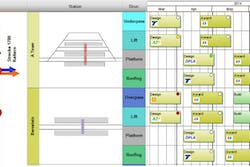 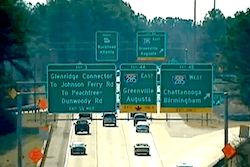