Not content with already staking claim as the most fuel-efficient half-ton pickup to ever hit the road, Ram has announced a new model of its 1500 EcoDiesel that extends the truck’s fuel economy a tad bit further.

At the Detroit Auto Show this week, Ram announced the 2015 Ram 1500 Ecodiesel HFE, which will get an EPA-certified 29 miles per gallon on the highway. In the city the truck will get 21 mpg for a combined rating of 24 mpg. Ram says the HFE’s fuel economy is 12 percent higher than the closest competitor.

By comparison, the 2014 1500 EcoDiesel got 28 highway/20 city/23 combined. So how did Ram eek out the extra 1 mpg? You might be surprised to learn it has nothing to do with the EcoDiesel V6 itself.

In the press release, Ram makes very little mention of the engine at all. Instead, the only differences in the HFE model the release talks about are modifications to the truck’s body including a new front end design adopted from the Ram Express that’s more aerodynamic and has a “sporty” look. The release also mentions “class-exclusive wheel-to-wheel side steps and a tri-fold tonneau cover” that come standard on the HFE model.

Turns out, those side steps and the tonneau cover are the main contributors to the extra mpg in the new rating. Ram spokesman Mike Cairns told Truck Yeah! as much in an interview.

So, while an extra mpg is certainly appreciated, the HFE model’s extra bit of fuel efficiency can probably be replicated by just adding a tonneau cover to the current EcoDiesel. But if you don’t want the hassle, the HFE goes on sale later this quarter. 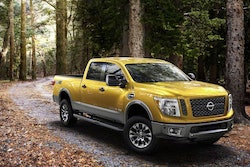 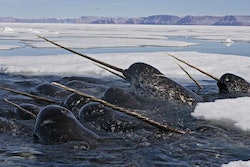