9 things you must know to get a handle on DEF

“Why does it have to be this way? Why are we having to do one more thing?”

The frustration is understandable. Off-road diesel engines have gone through big and complex changes in the last 10 years. Each change has brought additional costs, unfamiliar technology and new maintenance requirements.

Watton’s response is simply this: “It’s your government at work, and the reality is you’re going to have to accept it because that’s what it is.”

Nonetheless, “what it is” says Watton and all the other experts we talked to, isn’t too hard to figure out. It won’t hurt productivity. A short talk with your dealer, a bit of research and training and familiarization for the troops and you’ll be able to run Tier 4 Final equipment and handle DEF with no problems.

But even if you don’t plan to purchase any Tier 4 Final equipment for the next couple of years, you won’t be able to ignore it much longer. “The off-highway market will consume about 20 million gallons of DEF this year and 260 million gallons in five years,” says Luke Van Wyk, general manager, Thunder Creek Equipment. “That’s more than a ten-fold increase before 2019.”

As of this year most new, large-displacement off-road diesel engines (75 horsepower and up) use DEF to meet Tier 4 Final emissions regulations. The fluid is injected into the exhaust stream and in the presence of catalysts turns smog-inducing NOx into harmless oxygen, water and nitrogen. New on-highway diesel engines have been using DEF since 2010. And many automotive diesels, including BMWs and Mercedes, use it today, although in much smaller amounts than heavy diesel engines.

ISO standard 22241 defines DEF as a mixture of 32.5 percent highly pure urea and 67.5 percent de-ionized water. Unlike fuel or lube oils, manufacturers can’t put additives in DEF to make it better or different from any other manufacturers, so it is treated as a commodity, says Van Wyk.

As a rule of thumb, off-road machines will consume an amount of DEF equal to roughly 2 to 10 percent of the fuel you burn.

How much DEF your Tier 4 Final machines consume depends primarily on who makes the engine. Emissions reduction in Tier 4 Final engines is a balance between selective catalytic reduction (SCR) which uses DEF, and exhaust gas recirculation (EGR). The more DEF an engine uses the less EGR it needs. The more EGR, the less DEF.

Deere’s engines are designed for more EGR, less DEF consumption and will consume between 1 and 3 percent DEF relative to the fuel burned, says Andrew Kahler, product marketing manager, engines and drivelines at Deere. “If you go to the middle of that, around 2 percent, that’s where most of our machines are running,” he says. In that scenario a machine that burns 150 gallons of diesel a month, burning 2 percent DEF would mean you need plan for 3 gallons of DEF a month for that machine.

Many engines with European roots, such as Case, are designed to burn more DEF, as much as 10 or even 12 percent DEF relative to the diesel consumed. Philippe Bisson, brand manager Case Construction Equipment, says the SCR-only system used in that company’s dozers and wheel loaders brings a 10-percent improvement in fuel efficiency, lower component costs and other benefits.

Since each OEM will have a different engine design it’s a good idea to conduct some due diligence and talk with your dealers about what many are now calling the overall “fluid consumption rates,” meaning the combined consumption of diesel and DEF. You’ll need to know this to develop accurate owning and operating cost figures for Tier 4 Final machines.

To plan for future DEF consumption and inventory, you’ll need to monitor usage closely for the first few months to develop your own operating cost formulas for each type of machine and application.

“We’ve educated our dealers so that they don’t sell the customer too much DEF,” Kahler says. “DEF has a shelf life similar to what you would see in coolants or oils. Not a short shelf life, but we want to make sure customers are consuming it within six months to a year.”

Currently DEF costs about $2 to $3 a gallon. So your operating costs will be minimally affected. But the prices for engines on emissions compliant machines have been going up since Tier 3 and Tier 4 Interim. By some estimates today’s engines are twice as expensive as Tier 3 engines, which translates to a 10 to 15 percent increase in the owning cost of the machine.

4. How often do you refill the DEF tank on a machine?

For the sake of practicality, most manufacturers have sized their DEF tanks so that you refill the DEF every time, or every other time, you refuel with diesel. That makes it easier to remember

and less likely that your fuel service or field technician will forget.

On most machines the neck to the DEF tank will be located on the same side as the diesel to make it easier to fill both. All DEF filler caps are blue and the diameter of the opening smaller than of diesel to prevent mis-fueling. DEF tanks generally run from about 3 to as much as 17 gallons in size.

For utility machines that don’t get refueled every day, such as compact excavators, backhoes and skid steers, or equipment that is run by multiple operators, it may be wise to keep a few gallon containers in the cab, in your truck or accessible on the site in case someone forgets.

5. What happens if a machine runs out of DEF?

Unless you or one of your operators is negligent you shouldn’t run out of DEF. The Tier 4 Final machines will have a gauge or indicator on the dashboard to tell you how much is in the tank. If you do run out, though, most machines will either shut down or derate to the point where you can’t work.

Virtually all heavy equipment dealers stock DEF now. It comes in sizes from 2.5-gallon jugs to 330-gallon and larger bulk containers. You can also get DEF at most truck stops, Walmart and most auto supply stores. Many fuel suppliers are carrying DEF on their fuel trucks now. Over time this is anticipated to be a common delivery system for large fleets.

Although it’s widely available, getting DEF to your off-road machines presents a challenge. First you carry the fluid to the equipment. Second, you have to prevent contamination.

“It may be counterintuitive, but a truck stop is a clean environment relative to the environment for off-road equipment,” says Van Wyk. “If you handle DEF the way you’ve handled fuel or lube oils in the past there are going to be catastrophic effects.”

First is the dirt and dust inherent in any earthmoving or quarry site. If you’re refilling the DEF tank every day or even every week, 52 weeks a year, the opportunity for airborne contamination and dust and dirt ingestion is high.

When refilling the DEF tank take care to clean around the fill neck and the dispensing nozzle every time. DEF tanks have only sediment filters and lack the kind of high-efficiency filtration common to diesel fuel and air systems.

Another source of contamination are non-standard containers you use to store or transport DEF and funnels you may use to get DEF into the tank. These often have trace amounts of oil, coolant or other machine fluids, or solder, welding or galvanized metals that can also contaminate. DEF should never touch any metal except stainless steel. Also, the pumps, seals, O-rings and fittings on your dispensing equipment have to be DEF-compatible if you’re going to maintain the pharmaceutical-grade purity you need for DEF in SCR systems, Van Wyk says.

ISO 22241-3 details the industry-approved standards for handling and storage of DEF. If you’re going to pump your own DEF, make sure the storage and handling equipment you purchase meets this standard.

“You don’t burn DEF in the engine like diesel,” Van Wyk says. “You need it to facilitate a chemical reaction with a very expensive catalyst. That’s why any minerals or contaminants that are introduced, even in trace amounts, can have a negative effect on the chemical reaction of the catalyst. Things like zinc, chromium, aluminum, magnesium – it only takes a tenth of a teaspoon of any of these to contaminate 5,000 gallons of DEF,” Van Wyk says.

Contamination could damage the catalyst in your SCR system, and void the warranty. It can also cause your system to use more DEF than it should. The catalysts in SCR systems use rare metals and replacing one could cost $12,000 to $15,000. Contamination is of such concern that eventually the industry may decide to mandate closed loop storage and handling system, similar to how draft beer is handled, says Van Wyk.

If your technicians will be servicing machines with DEF you’ll probably need one of the big totes, 275 or 330 gallon or larger. DEF will start to turn to slush and freeze at 12 degrees Fahrenheit, so you’ll want to store it in a conditioned space if possible. Some storage containers include heating elements.

Since it is aqueous, DEF will expand when frozen, just like ice. But the approved containers are designed to handle the expansion and contraction, as are the DEF tanks on your equipment. Freezing does not harm the fluid.

If the DEF in your equipment tanks freezes, computers governing the engine will allow it to run until the DEF thaws out. Some machines have coolant lines through the DEF tank to speed up the thawing process. Others may use electric heating elements.

9. Use dealer/OEM resources for education

Although managing a DEF component in your maintenance is not rocket science, it needs to be part of your discussion and consideration when buying equipment from an OEM dealer. That conversation need not be long, but everybody who works with or works on the machine needs to be educated to prevent problems.

All the OEMs we contacted for this article have trained dealers on the fundamentals of SCR and DEF and also have websites and literature available for review.

“A year or two ago, customers were very uninformed,” says Watton. “If they weren’t running an over-the-road truck or knew something from the ag industry they had no familiarity with DEF.” In the last year, however, that’s changed, he says.

“I think the biggest hurdle customers have today is that old-school mindset of letting your diesel sit and idle,” Watton says. “We try to make it clear that machines today are not idle machines. They are working machines. Run it, work it, that’s what it’s designed to do. Just don’t run it at low idle any longer than necessary.” New emissions compliant machines that idle too much can build up soot in their diesel particulate filters, requiring more frequent regens. Too much idling also can cause DEF to crystalize in the injectors if the machine is not hot enough, causing problems there, Watton says.

Rental customers also need to be briefed on DEF. “We tell the customer up front, ‘your DEF tank is full. You’ll have to find a supplier or buy some while you’re here,’” Watton says. “When we first started doing this, people freaked out because they didn’t know where they were going to get DEF,” he says. “But they’re a lot more comfortable now. Today guys get it. It’s not a big issue.” 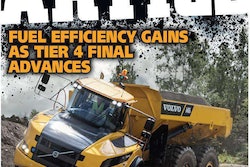 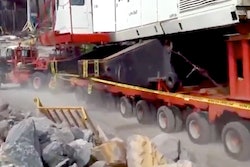 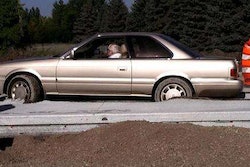