At an event in West Bend, Wisconsin, Manitou launched its newest rotating telescopic handler, the MRT 2540 Privilege Plus.

The company also announced upgrades to the MRT 1840 Easy 360° and MRT 2150 Privilege Plus that include popular options as standard features, including a Perkins Interim Tier 4 engine, forward-neutral-reverse functionality on the joystick, a new color display, and the company’s attachment recognition system, E-RECO.

According to Steven Kiskunas, Manitou’s product manager for telescopic handlers, the MRT Series combines practicality and performance via 3-in-1 functionality. “The MRT Series replaces three machines on the jobsite with telehandler, winch and platform modes,” he says. “Ten types of work platforms are available, and with a 16-foot by 16-foot base of support, there is more ‘up in the air’ capacity.”

The MRT 2540 Privilege Plus features an 8,800-pound rated lift capacity and an 80-foot, 8.5-inch max lift height, ensuring usefulness in a range of applications at heights. A 150-horsepower Mercedes-Benz Tier III engine powers the telehandler, which has a 60-foot 8-inch max forward reach with a 13-foot, 3-inch turning radius.

Front and rear stabilizers are also standard on the MRT Series, with a telescopic scissor design on the Privilege Plus models. The design enables the legs to be partially deployed on congested jobsites where obstacles are present or when space is limited. When the stabilizers and pads are retracted, they are integrated into the machine’s body for no loss of ground clearance or addition to the machine’s width. Based on the position of the stabilizers, an adjustable calculator adjusts the load chart and lifting zones. 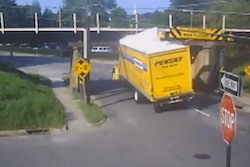 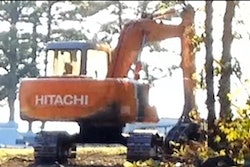 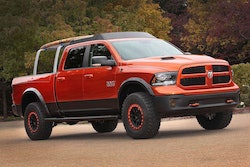 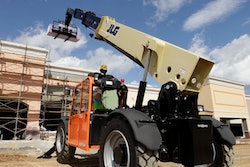 10 questions to answer before renting a telehandler