Cat at MINExpo: How to determine the best hauling system

“We have the opportunity to work with our customers to work with the on maximizing production,”says Larry Tate, hauling products segment manager, Caterpillar during a pre-MINExpo event.

With a job requiring a half million cubic yards, for instance, if you “can save just a few cents per yard, it adds up to big profits,” says Tate. “There’s no single solution for all situations.”

There are five basic questions to ask before determining the best hauling system:

What type of material is being moved? Look at moisture level, the depth of material and material density. One way to lower costs is avoiding carryback, or hauling the same material more than once, which leads to reduced productivity and increased fuel consumption. “Ejector artics, for example, help you eliminate carry back,” says Tate.

How much material has to be moved? Correctly matching your loader to fleet helps avoid underuse of loaders and haulers due to wait time, inefficiency and lost productivity. A correct loader to hauler pass match has a 1 to 2 minute load time, with four to six loading cycles for excavators, three to five loading cycles for wheel loaders.

What is the total job cycle distance? The goal is to move the maximum amount of material using the least amount of energy. Concentrate on cycles per hour for shorter hauls (higher speeds) and increased capacity per cycle for longer hauls.

What are the jobsite time/production requirements? Weather and contract requirements figure into this.

Cat says it has a 52,000 square foot exhibit at MINExpo, its largest exhibit ever, including a Cat-colored locomotive from the company’s Progress Rail division. The exhibit strategy is to show the breadth of Cat’s mining product line. 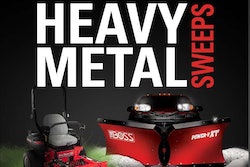 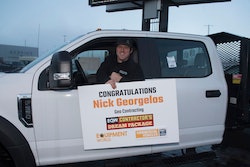 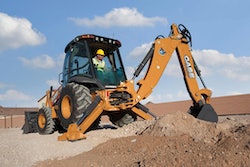