Skid steers, tractors and backhoes make up 68 percent of all reported construction equipment thefts, according to Corporal Daniel Pearson, a detective with the Haltom City Police Department, speaking at the Construction Symposium in Dallas yesterday.

And the losses to contractors don’t stop with the machine. “You also have figure in the downtime you have getting a replacement machine,” said Pearson, and the likely damage the thieves did in trying to quickly steal equipment.

Texas leads all states in reported heavy equipment thefts, but now is number six in recoveries, thanks to law enforcement task forces and awareness campaigns. Pearson, who received a 2004 award from the American Rental Association and the National Equipment Register for his recovery efforts, regularly instructs both law enforcement and contractors on how to attack equipment theft.

Equipment theft is prevalent because it’s easy and there’s little risk of arrest, said Pearson. There are ready buyers for $5,000 new skid steers advertised online. And although skid steers, because of their size, are the most likely target, thieves are now targeting $300,000-plus excavators, transporting them to Mexico. Another trend: backhoes put in shipping containers going off shore. “Only 1 percent of these containers are inspected,” said Pearson. 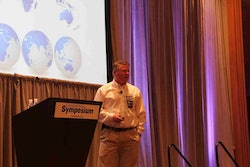 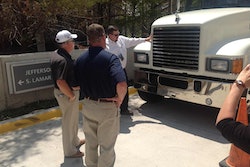 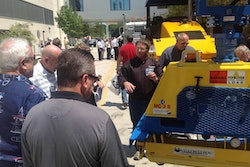