A Mack truck is feature on the big screen in a leading role as Megatron, leader of the Decepticons, in the DreamWorks Pictures/Paramount Pictures’ production, Transformers: Dark of the Moon, directed by Michael Bay.

Transformers series – Megatron takes form as a Mack Granite military truck and leads the Decepticons in an epic battle against the Autobots.
“Mack trucks are known around the world for their ruggedness and durability,” said Kevin Flaherty, Mack senior vice president, U.S. and Canada. “The Mack Granite is designed to handle tough jobs, making it a great choice for the hard-to-destroy Megatron.”
Transformers: Dark of the Moon is the second Transformers movie to feature Mack trucks.  Transformers: Revenge of the Fallen included two Mack Pinnacle tractors and a Mack Granite mixer truck.

Fans of Hasbro’s Transformers brand and Mack will be able to bring some of the movie excitement home.  Five Megatron action figures that switch from robot mode to Mack truck mode, as well as a video game with a Mack presence, are being released as part of the Transformers: Dark of the Moon launch.

The merchandise can be purchased at major national retailers (subject to availability).  The toys will soon be available online at www.mackshop.com and at the Mack Store at the company’s headquarters in Greensboro, NC. 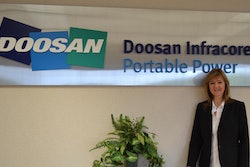 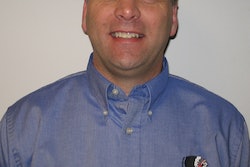 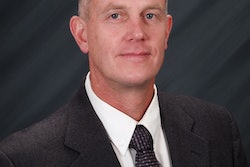 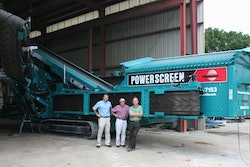