Following the selling of its mining line to Bucyrus in December, another division of Terex has announced product divestitures. The Terex Aerial Work Platform segment of Terex announced today it would sell its generators to Cummins Power Generation, and its power buggies to Indy Equipment, an equipment dealer based in Independence, Ohio.

According to Terex, buying the generator line gives Cummins an opportunity to vertically integrate and manufacture the same generators Terex has been private labeling for them during the past several years. 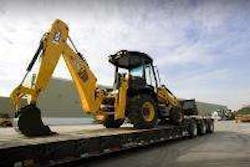