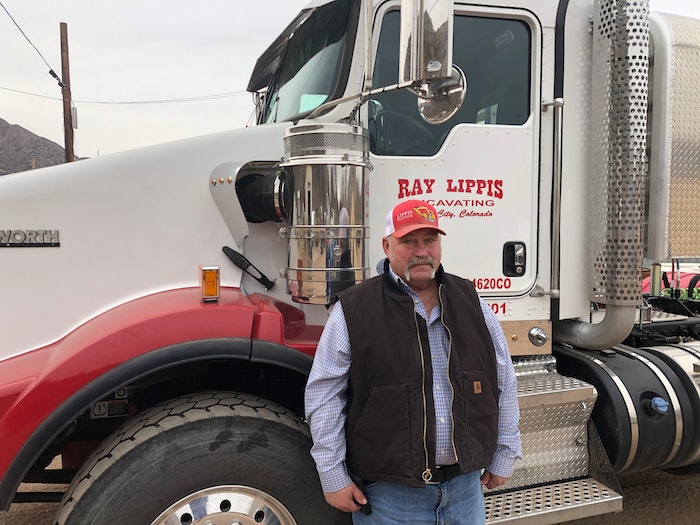 It doesn’t take long to drive around Cañon City, Colorado, to find evidence of work by Ray Lippis Excavating.

Along with hundreds of houses for which the company did site work and installed water and sewer, the company also rebuilt the Main Street area’s sidewalks and performed other downtown revitalization projects. The company built most of the county’s river walk beside the Arkansas River, and it is the contractor for four of the area’s water districts. It's ties to the community, reputation for quality work and ability to grow during tough times makes Ray Lippis Excavating one of our 2020 Contractor of the Year finalists.

Ray Lippis started the company in 1980 with a backhoe, dump truck and trailer he bought from his father-in-law. He took out a $25,000 loan from the bank. That first year, he grossed $50,000. He hired his first employee six years later.

The company continued to grow and so did Ray’s family. His son Anthony would bring his pillow and blanket and curl up in the backhoe while Ray worked. Now 42, Anthony has been coming to work with his father ever since. At age 18, Anthony led the Main Street revitalization project. Ray and his wife, Vicky, also opened a greenhouse business that sells flowers and vegetables, where their daughter and grandchildren work.

Through the 1990s and much of the 2000s, Lippis was busy with residential projects, providing site work and utilities for as many as 150 homes a year. The housing market crashed in 2010 in Cañon City. During that time, the company landed its largest customer, the U.S. Army’s Pueblo Chemical Depot.

Anthony also ventured into stream stabilization work to replace the lost housing business. He found his first project online and won the bid to create habitat for greenback cutthroat trout. After the recession, the housing market bounced back. Along with environmental projects, Anthony is in charge of residential and commercial excavation.

Jeremy "Woody" Woodward, who has been with Lippis for 18 years, is in charge of water and sewer projects. The company handles about 100 emergency jobs a year, from failed septic tanks to municipal waterline breaks.

Their toughest emergency call came about six years ago. They were the excavator contractor on a project to stop a water leak at a site that was on an artesian well about 3,000 feet down. Another contractor had drilled down about 40 feet from the well and left for the day. At 4 a.m., Ray got the call that the well had blown.

"When I got up to that site, it was throwing rocks the size of basketballs – 3,000 gallons a minute," Ray says. "We had to build an emergency road to get people in and out. It took us almost two weeks before we got that water shut down."

Work at the Pueblo Chemical Depot, which Ray oversees, has continued to increase over the past 10 years.

They landed work there due to their expertise with underground water systems after the depot became dissatisfied with the previous contractor. Lippis keeps construction equipment on the base year-round for handling emergencies.

Built in 1942, the depot still has mustard gas on the site that it is getting rid of, and Lippis crews sometimes have to wear masks for protection. The security is tight, taking an hour to get in and out of the gates. Landing the work proved a turning point for Lippis Excavating, which at the time was doing mostly residential and some commercial work. With the housing crisis starting to hit Cañon City in 2010, Ray knew he had to venture into new territory.

"I took a chance and went to the depot, and we were scared," he says. "We didn’t know what we were getting into. I’d never been on a base."

The depot now accounts for nearly one-third of the business at about $900,000. Along with providing steady work, the depot has helped the company improve its safety practices, due to daily inspections and strict rules. Lippis earned the U.S. Army Certificate of Achievement in Safety in 2010 for its work there.

"They have helped this company progress immensely for safety, how to do things correctly," Ray says. "We had to come up to date because of the style of work we were doing."

One of the biggest challenges for Lippis is finding workers in the small town of Cañon City. Ray does a lot of outreach at the high school to try to encourage kids to enter the trades. He's involved with a program that builds a house each year with the students.

"But there’s nothing here, so when those kids get out of school, they’re gone," Ray says. "Our worst nightmare day-to-day, we cannot find anybody."

Lippis has 11 year-round employees and usually 19 at peak season. But because it's so difficult to find workers, Lippis crews work long days and at all hours.

"We don’t shut down," Ray says. "You get a call at midnight and go fix that water line by 8, and you're back on job you had to do. We don’t have a choice."

The company usually has 20 or more projects it's juggling at one time. Ray, Anthony and Woody check in on each one of them to ensure their quality standards are being met.

"One of us is always on a job, making sure it’s done the way it should be. That makes us very successful," Anthony says.

"We’re very versatile. It doesn’t matter what it is, we’ll tackle it."

"It’s the reward of doing something no one else will do," says Woody.

During 2019, Ray underwent hip-replacement surgery, preventing him from getting out in the field and running equipment. For more than two months, Anthony and Woody ran the business while Ray recuperated. It was the first time since he started the company 41 years ago that he wasn't on the job.

"This office about drove me insane," Ray says. "I am not an office person, but I am the office person. I do all the payroll. I do everything."

With no retirement plan and no interest in turning over the company's finances, the break from work gave Ray some foresight into the business. He grew impressed with Anthony and Woody's management skills.

Soon after, Ray made them partners in the busines.

"I have a lot better feeling about the future," Ray says. "They’ve done a magnificent job. I’m very lucky to have them." 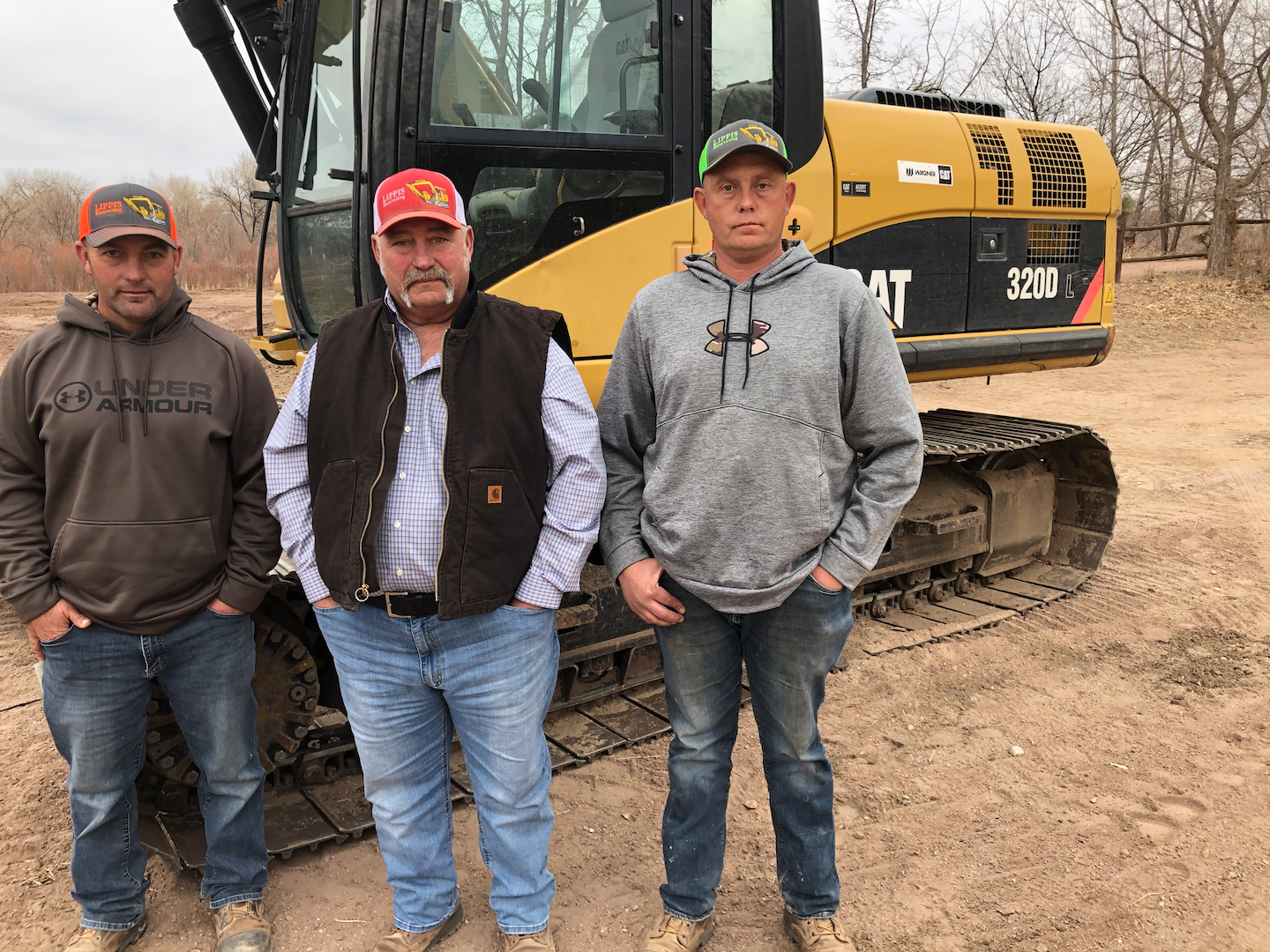 From left, Anthony and Ray Lippis and Jerome "Woody" WoodwardEquipment WorldSince starting with a $25,000 loan, Lippis has grown its annual revenues to $3 million. Ray attributes much of the company's success to its customer service and the relationships he's built up over the years in his hometown.

"I look at our customers as we’re actually business partners," he says.

"Because of who we are here, we’re usually the first ones called, because we will work at night. We will take care of people. Most people don’t want to do that."

That attitude and their quality work has won them lots of fans, making them the go-to contractor in Cañon City.

“They’re a 24/7 service company,” says Randy Diluzio of Tezak Heavy Equipment, a highway and heavy construction contractor in Cañon City. “I’ve seen them out late at night, early in the mornings, Sundays, holidays. If they get the call, they go.”

“They are a great example of what a good family-owned business should be,” adds Doug Snyder of D. Snyder Construction. “Honest and hardworking, always doing the highest-quality work and making sure it's done as promised no matter what the circumstances.”

Ray also hasn't forgotten his roots. The company is still willing to go out on the small $2,000 jobs.

"If a guy calls here today and his water line is broken in his yard, someone between today and tomorrow is going to get him water back in his house," he says. "That’s how we started, and we won’t ever leave that aspect of the business. Even though there’s not a lot of money in it,

If things go bad, we always have that to fall back to."

Soon after getting the all-clear from the doctor on his hip replacement, Ray was back in the cab.

"I still go to the field every day," he says. "I still run a piece of equipment pretty much daily." 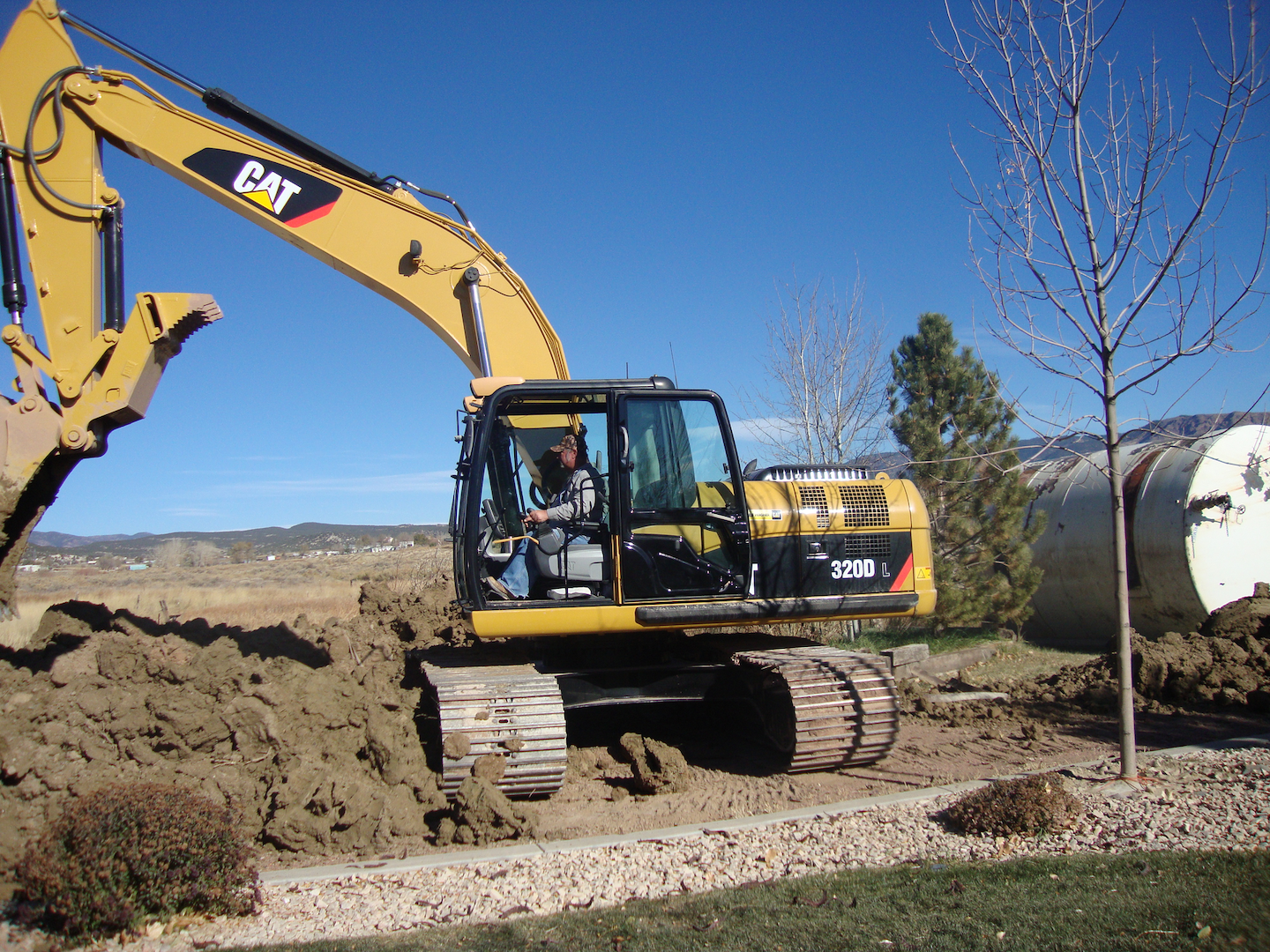 Ray Lippis, where you can find him most days, in the cab.Ray Lippis ExcavatingAfter working out of his home office since 1984, Ray moved the office in 2020 to a new building at the company's equipment yard, with much more space.

Through the pandemic hit, the company stayed busy. The company got a Paycheck Protection Program loan to help out its workers.

Work at the chemical depot was actually a little easier during the lockdown because it had sent its workers home. That left the base mostly vacated while Lippis worked on the waterlines.

Later in the year, Lippis landed two new contracts at the depot and its residential and commercial backlog kept growing, providing strong tailwinds for starting the 2021 construction season.

“We're booked out two months right now. Realistically, it's probably three or four,” Ray said in December. “Going into hard winter, we don't ever see this kind of backlog.”

Read Next
Contractor of the Year