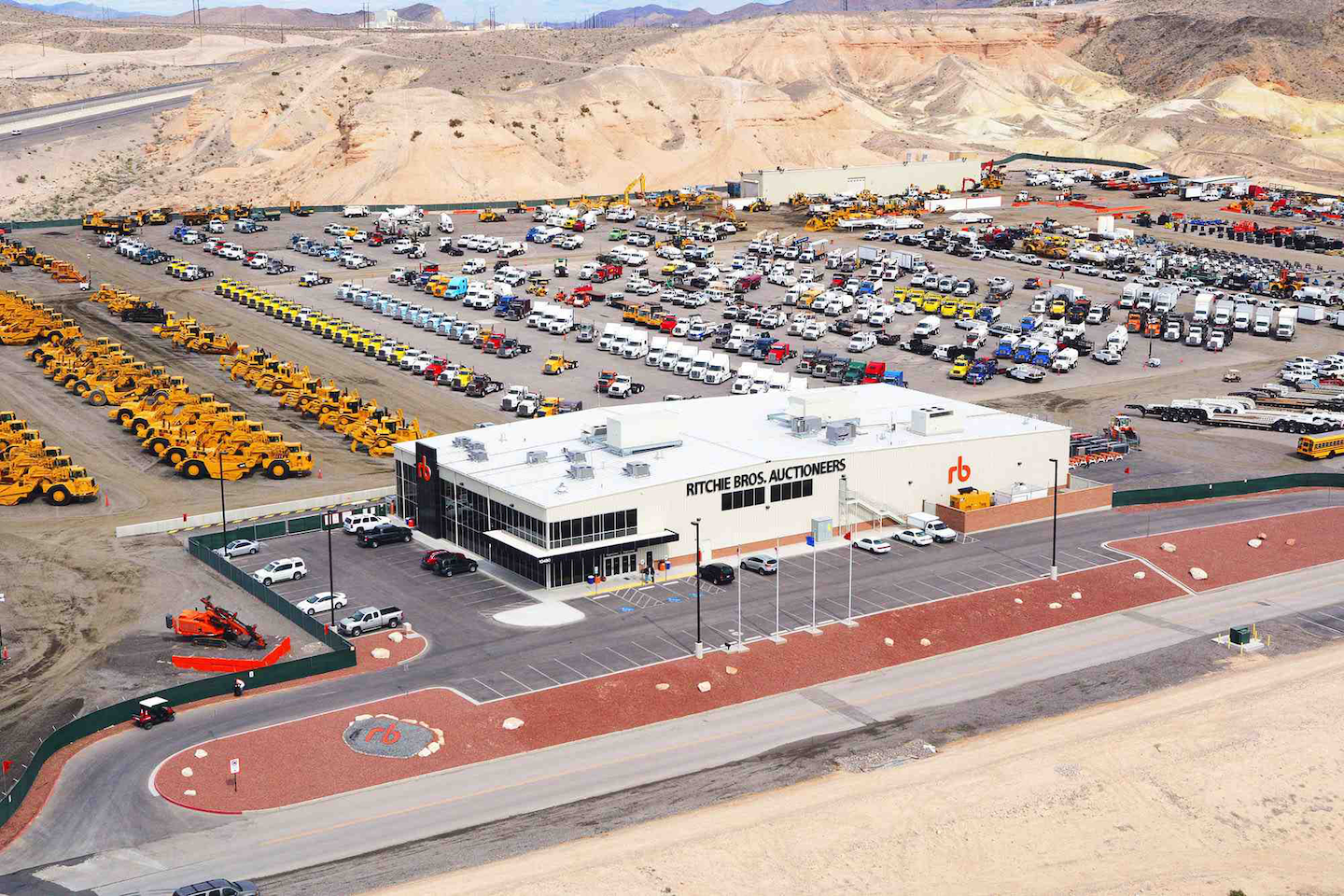 Aerial photo of the Ritchie Bros. auction in Las Vegas March 6-7 that brought in more than $60 million. (Photo courtesy of Ritchie Bros. Auctioneers)

Coinciding with ConExpo-Con/Agg 2014 last week, the every-three-year concrete/aggregate equipment show, Ritchie Bros. Auctioneers broke several of its side records with its auctions on March 6 and 7 that brought in more than $60 million in gross auction proceeds, had more than 4,750 registered bidders, more than 450 sellers and 900 total buyers, at its permanent auction site in Nevada. 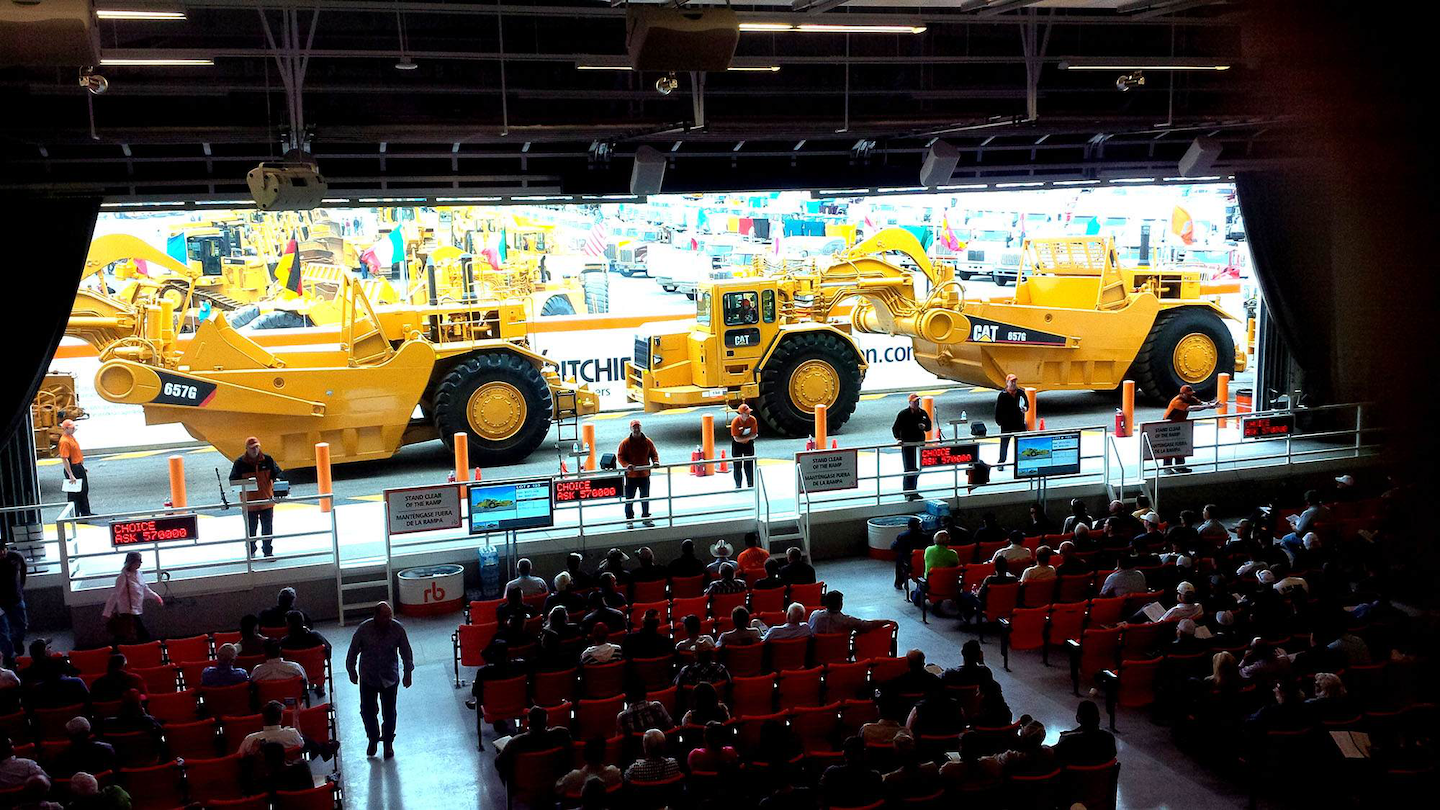 During the first day of the Ritchie Bros. auction in Las Vegas, a selection of motor graders sold on the ramp for $565,000 a piece. (Photo courtesy of Ritchie Bros. Auctioneers)

More than 2,350 equipment items, including motor graders, hydraulic excavators, backhoes and skid steer loaders, were sold in the auction, with every item sold without minimum bids or reserve prices, according to Ritchie Bros. Auctioneers.

At the time of this posting, the company’s next unreserved public auction in Las Vegas was slated for June 6.