Volvo Group has dismissed Olof Persson as its president and chief executive, the company announced Wednesday. It also announced it plans to hire Scania boss Martin Lundstedt to lead Volvo Trucks back to increased profitability and restructuring efforts.

“After three years of focus on product renewal, internal efficiency and restructuring, the Volvo Group is gradually entering a new phase with an intensified focus on growth and increased profitability,” Carl-Henric Svanberg, Chairman of the Board of AB Volvo, said in a statement released early Wednesday morning.

“This will be achieved by further building on our leading brands, strong assets and engaged and skilled employees all over the world. Martin Lundstedt has 25 years of experience from development, production and sales within the commercial vehicle industry. He is also known for his winning leadership style.”

Lundstedt is expected to assume his role at Volvo, the world’s second-largest truck maker, in October.

In the interim, Volvo Chief Financial Officer Jan Gurander, who worked under Lundstedt while serving as CFO at Scania, will head the company.

Rumors of Persson’s ouster had been swirling for at least a month, but he appeared to have bought himself a reprieve after being reappointed to Volvo’s board of directors late last month.“Olof Persson has with energy and determination carried out an extensive change of the Volvo Group,” Svanberg said.

“He has focused Volvo on commercial vehicles and sold unrelated businesses and assets to a value of over ($2 billion). He introduced a functional organization and paved the way for cost savings of ($1.1 billion). He also concluded the agreement with one of China’s largest truck manufacturers, Dongfeng and led the company during the largest product renewal in the Group’s history. Today the Volvo Group is considerably better positioned to compete for leadership in our industry.” 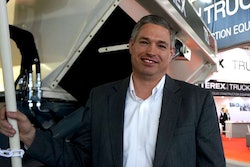 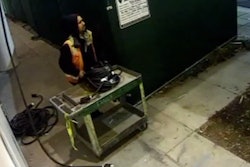 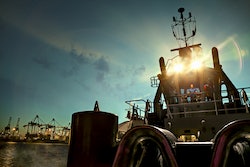