Thanks to increased demand in North America and Europe, Volvo Construction Equipment largely weathered a rough fourth quarter to keep its full-year 2014 earnings from falling too far.

However, the company expects it will have to work hard in 2015 to optimize costs for challenging market conditions in most regions.

The company’s cost-cutting began in November with the announcement that it would be discontinuing its backhoe and motor grader lineups, transitioning manufacturing of those machines to its Chinese SDLG division. As a result, the company cut 1,000 workers at plants in the U.S., Poland and Brazil.

Volvo CE says full-year income was affected by reduced production as the manufacturer adapted to low sales. The manufacturer said while the sales in Europe improved for much of 2014 thanks to growth in Germany, the UK and France, sales in the region sharply declined toward the end of the year, especially in Russia.

Volvo notes that in South America and all Asian markets save for Japan, sales fell below 2013 levels due to lower commodity prices and reduced mining activity.

Despite Europe’s sharp decline near the end of the year, 2014 sales were up 5 percent there and up 30 percent in North America. North American sales were also up 24 percent during the 4Q.

“Our work towards further improving operational performance and lowering cost levels has good traction,” said Martin Weissburg, Volvo Construction Equipment president, said in a prepared statement. “There is still a lot to do, but we have a good momentum in our activities to improve efficiency and reduce costs.” 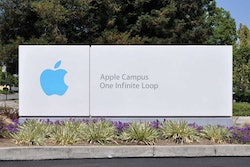