The collapse of a third-floor addition under construction at a mall in Minneapolis to the sidewalk below resulted in no injuries Tuesday, but shut down several businesses and knocked out electricity in the neighborhood.

On Monday, construction workers were installing trusses to support a wall. One of the trusses on the end of the wall was not properly secured and around 8:45 a.m. Tuesday, the trusses fell “like dominoes,” mall owner Basim Sabri told the Minneapolis Star-Tribune.

The addition will add more shops, a clinic and a prayer room to the mall, which houses 150 businesses and is a prominent gathering place for the Somali-American community in Minneapolis.

The city approved a permit for the addition last month and the work has not accrued any code violations. However, the Star-Tribune reports that Sabri has a history of controversial business dealings and has started construction projects in the past without city approval.

Raymond Hoffner lives near the mall and told the paper that he has already submitted a complaint to the city over the project. “It was very obvious when they started [construction] that it was very flimsy,” he said. 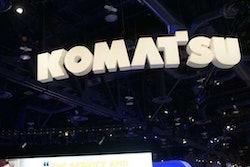 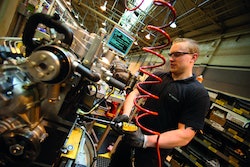