John Deere has announced record earnings for the 15th straight quarter, but it’s outlook for the rest of the year isn’t quite as bright.

And despite 2-percent price increases, sales from equipment operations rose 2 percent year-over-year to $6.949 billion, including a 3-percent sales boost in North America.

Samuel R. Allen, Deere chairman and CEO, said in a prepared statement the company is “seeing further benefit from efforts to hold the line on costs.”

Equipment operations reported operating profit of $891 million for the quarter, up 6 percent from Q1 2013. Deere attributes the higher profit to the price hikes despite a less favorable product mix.

The company’s construction and forestry equipment sales rose 4 percent over Q1 2013 with operating profit up 32 percent to $94 million. Deere attributes the profit gain to lower production costs and decreased research and development costs.

Agriculture and turf equipment sales rose 2 percent with profit up 4 percent to $794 million.

Looking forward to the rest of fiscal year 2014, Deere expects construction and forestry equipment sales to increase 10 percent. The company is anticipating the gain based on “further economic recovery and higher housing starts in the U.S. as well as sales increases outside the U.S. and Canada.”

Due to lower farm incomes, Deere is expected less demand for agriculture equipment and is predicting a 6-percent decline in ag and turf sales.

Despite the string of record-breaking quarters, the company’s outlook projects equipment sales to fall by 3 percent during the current fiscal year with full-year profits dropping 6.7 percent to $3.3 billion. For the 2Q 2014, Deere expects a 6-percent drop compared to 2Q 2013. 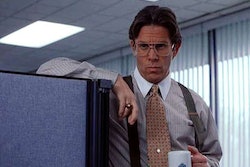 The Newbie’s Guide to Succeeding in Construction: 7 rules for your first week 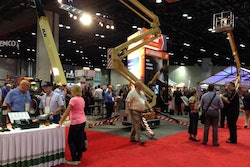 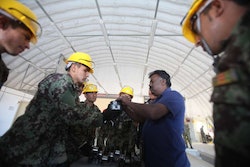