Barhydt, a Larman employee for 30 years, was just one of the employees I met expressing this sentiment during my visit to the Garland, Texas-based Equipment World Contractor of the Year finalist.

The company, which specializes in excavation and demolition, is successful because of the people who work there, Larman says. “I wouldn’t say they’re loyal to me; I’d say I’m loyal to them,” he says. “Life happens and I stick with them.”

He feels a responsibility not only to the workers, but to their families, as well. In addition to giving them the usual vacation time and health insurance, Larman guarantees his people a 40-hour work week, even when times were slow in the past. “They remember stuff like that.”

Now, though, the company has as much work as they want to take on following a growth period that started at the end of 2012. Thanks to superior workers with a healthy work ethic, Larman has handled the growth well.

Larman’s brother Lorin, who supervises the crews, has a quiet, gentle approach with the workers. Most of Larman Construction’s workforce has been with the company for so long, he rarely has to even tell them what to do.

I noticed when speaking with some of the employees not only a sense of pride in their work, but also a certain level of ownership they’ve taken on themselves.

Patricio Rangel, a construction veteran who runs one of Larman’s crews, is a perfect example, referring to Larman’s clients as “his” clients and sees Larman as more than just a boss. “I like to do the best for our company and for our customers,” Rangel says. “He [Larman] shares from his own life; he’s not just the boss – he’s also a friend.” 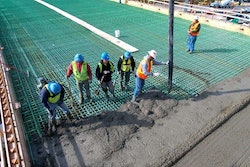 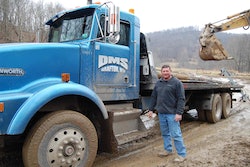 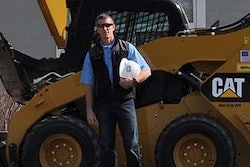