Citing a decrease in demand for mining equipment, Komatsu announced decreases in both sales and operating income for the first six months of its fiscal year.

The company says it worked to offset that decrease in demand by “expanding sales volume of construction equipment in Japan where demand has been steady and in China where demand has upturned for recovery.”

In its Industrial Machinery and Others the company saw increases in both sales and segment profits thanks to steady sales of sheet-metal and press machines.

Looking forward to the end of its fiscal year, Komatsu expects sales volume will be over what it projected in both Japan and in China. However, it now expects mining demand to finish significantly below where it expected at the beginning of the fiscal year, especially in Latin America, Oceania and Asia.

Because of these realizations, Komatsu expects a decline in sales volume in construction, mining and utility equipment. Coupling those expectations with assumptions of some factors of loss, including a future risk on the inventory of wire saws, the company revised down its outlook for the remainder of the year. 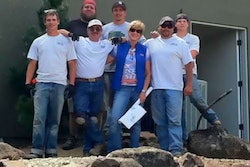 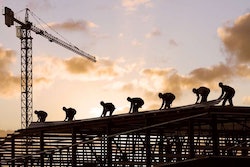 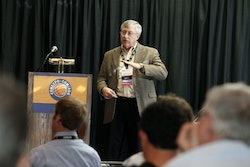