Is your construction company being embezzled? How to sniff out the problem

“Discovered embezzlements suggest that on any given day one in four businesses are being embezzled,” says Arnold S. Grundvig, Jr., who devoted the first chapter of his book, “The 90-Minute MBA,” on the subject. “A very small number of them make the news.”

• Around 87 percent of occupational fraudsters (as the association calls them) are first-time offenders with clean employment histories.

• In 81 percent of the cases, the fraudster displayed one or more behavioral red flag.

Other warning signs abound, if you are alert to them. Check out our infographic, “10 signs you may be being embezzled.”

You’ve done business with XYZ Concrete for years, so you don’t notice when you start signing checks to XYZ Concrete Supply – or that the check is going straight into an embezzler’s account.

After you sign it, the embezzler alters the amount or the name on the check. So instead of paying $1,000, you’re paying $11,000, and the embezzler has pocketed the difference.

Client A may pay on time, but some or most of their payment is diverted. When Client B sends in a check a little later, their payment goes into Client A’s account, and so on down the line.

Embezzlers place an order for three computers, and the company receives one, while the other two are sold on eBay.

Bob Smith may have left your company last year, but payroll is still cutting him a check, and the embezzler – and perhaps an accomplice superintendent – gets extra pay.

For more tips, review the ‘Take these steps now” sidebar on page 41. 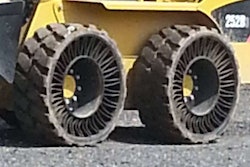 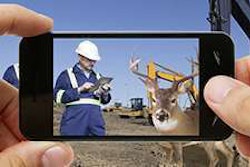 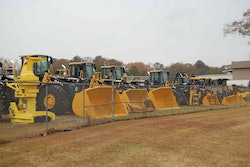 Rent, buy or lease? The crucial answer to your next equipment purchase