How do you attract new people to an industry with an aging workforce? That was the question David Demby of David’s Landscaping and Design in Erie, Pennsylvania, found himself asking a couple of years ago. He felt the best method of informing people about great careers in construction was to put the word out – in a big way. So, Demby pitched the idea of a “Construction Fun Day” to the mayor’s office, equipment dealers and volunteers. As part of the annual “Celebrate Erie” event held during the summer, Demby and his friends brought more than a dozen construction machines to the event and turned half a city block into a career fair and Kids’ PlayZone, an area that allowed them to check out construction equipment first hand. The event didn’t just attract young children, says Laura Schaaf, assistant to Mayor Joseph E. Sinnott and the city’s event planner. “David’s original idea was to engage older children and teens interested in career exploration,” she says. “The three-day event presented a unique opportunity.” 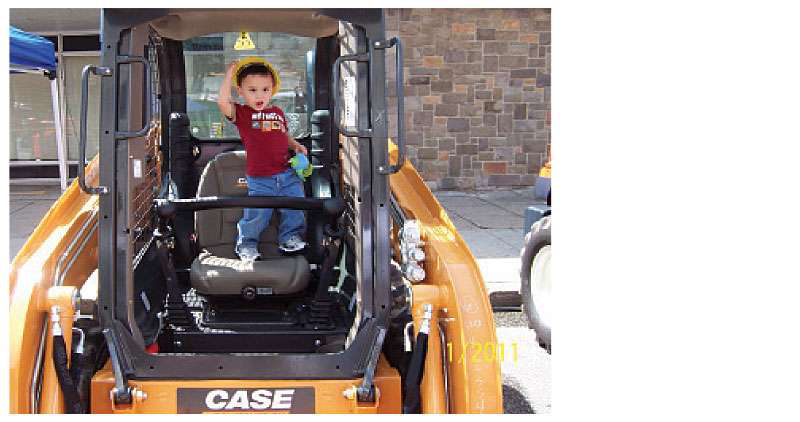 “Many of the local dealers – Bobcat, Case, Caterpillar and Kubota – participated by bringing equipment,” Demby says. “We let the kids crawl all over them and blow the horns. We even had a Peterbilt there with a sleeper.” Demby’s company gave away a free landscape design, and there were giveaways for the children, as well. Latimer, the local Case dealer, provided free hard hats for the kids, and all of the volunteers were on hand to give out information on careers in construction.

Demby says he hopes this year’s event – which is slated to be larger – will be even more successful. “The kids love the equipment. It will set in their minds for a long time.”

The 2012 Construction Fun Day and Kids’ PlayZone will be held August 17-19 in downtown Erie, as part of Celebrate Erie. For more information, visit celebrateerie.com.

“There’s a lot of complex technology between the key and the back axles [on the trucks] and it takes a long time to develop those skills. Welding is an art when it comes to dealing with equipment this large.” – Bruce Murray of Hitachi Construction Truck Manufacturing to the Globe and Mail (Canada) about the company’s veteran skilled work force at the plant, which is expanding.

“It’s getting tougher and tougher for people [in the trades] to get any kind of decent job. This is as bad as it gets.” – Sheet metal worker Duane Brevig to the Minneapolis, Minnesota, Finance & Commerce about bad economic conditions in the area.

“They [the thieves] are pretty good at hide and seek. The excavator was bright yellow – you’d think it would stick out. Maybe we should paint them pink.” – Michael Wilson of H.L. Chapman Pipeline Construction, to the Miami Herald about a stolen truck, trailer and excavator that had not been recovered.

“Be a yardstick of quality. Some people aren’t used to an environment where excellence is expected.” – Steve Jobs, American businessman, designer and inventor, (1955-2011).