First Quarter Summary and Comparisons with the Prior Year

Don James, Vulcan’s chairman and CEO, stated, “We are pleased with the improvements in first quarter production efficiencies in our aggregates business which offset most of the earnings effects of sharply higher diesel fuel costs.  We are also encouraged with the pricing momentum in both our asphalt and concrete businesses.  Shipments in all our businesses remained challenged in the first quarter.  After a solid start in January and February, extremely wet weather hampered aggregates, asphalt and concrete shipments in March in many of our key markets.  We continue to expect volume and earnings growth for the full year in 2011.”

First quarter aggregates earnings were lower than the prior year due mostly to lower shipments.  A number of Vulcan-served markets, most notably markets in California, the mid-Atlantic and the Southeast experienced unusually wet weather in March.  Despite the inclement March weather, our Virginia, Tennessee and Georgia aggregates businesses increased shipments versus the prior year’s first quarter, due primarily to stronger demand from public infrastructure projects.  Markets that experienced declines in shipments include South Carolina, Florida and along the Gulf Coast.

The $8.4 million difference between the fair value of the donated real estate and the carrying value was recorded as a gain on sale of property, plant & equipment and businesses in the prior year.  In March 2010, the company recorded a pretax gain of approximately $39 million on the sale of three non-strategic aggregates facilities in rural Virginia. There were no similar gains recorded in the current year’s first quarter.

The $25.5 million in recovery from legal settlement included in the current year’s first quarter results reflects the arbitration award from insurers related to the lawsuit settled last year with the Illinois Department of Transportation.  Earnings from discontinued operations are due principally to receipt of an earn-out related to the 2005 sale of the company’s chemicals business as well as a $7.5 million pretax gain due to an insurance arbitration award referable to previously settled lawsuits against the company’s divested chemicals business.

All results are unaudited.

Commenting on the company’s outlook for the remainder of 2011, James stated, “While economic improvement and growth in construction activity across our footprint have not materialized equally, we expect aggregates shipments and pricing to increase from the prior year, leading to earnings growth in 2011.

“During the three months ended March 2011, total contract awards for highway construction in Vulcan-served states, including awards for federal, state and local projects, were in line with the prior year as compared to a decline for all other states.  According to the Federal Highway Administration, approximately $6.0 billion, or 36 percent, of the total stimulus funds apportioned for highways in Vulcan-served states remains to be spent.  This absolute level of funding is more than twice the $2.8 billion remaining for other states.

Certain large projects in a number of key markets are expected to drive aggregates volume growth in the second half of the year. The mid-point of our estimated range in aggregates shipments continues to be 2 percent above the prior year’s level. Additionally, recent weather-related disruptions from tornadoes and flooding are likely to affect second quarter aggregates shipments in a number of southeastern and Mississippi River markets and push some demand to later in the year. We believe a more stable demand outlook will benefit pricing and we expect most of our markets to achieve year-over-year price growth in 2011. As a result, we continue to expect aggregates pricing in 2011 to increase 1 to 3 percent from the prior year’s level. The earnings effect of the increase in aggregates pricing will be somewhat offset by the energy-related cost pressures expected throughout the remainder of the year. With that said, we expect aggregates earnings in 2011 to increase from the prior year due to higher shipments, increased average selling prices and the benefits of production efficiencies and cost management measures.

“In our asphalt business, the average selling price has increased in recent quarters, better reflecting the higher cost of liquid asphalt. As a result, the materials margin on each ton of asphalt mix sold has continued to improve. We expect this trend to continue throughout the remainder of 2011. Overall, we expect asphalt earnings to increase from the prior year, reflecting a modest increase in sales volumes as well as improved materials margins.

“Selling, administrative and general expenses in 2011 are expected to be lower than the prior year.  Total SAG expenses of $327 million in 2010 included about $24 million of certain adjustments and charges referable to the fair market value of donated real estate, severance costs and expenses related to legal settlements.  In 2011, we do not anticipate similar adjustments and charges. As a result, we expect SAG expenses in 2011 of $305 million. 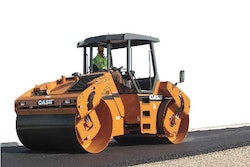 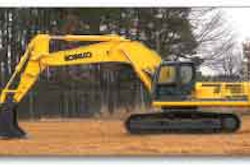 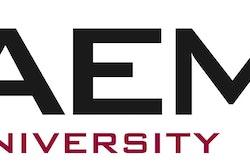