“I am also pleased to say that we are making steady progress in our effort to reduce costs and strengthen the business to achieve long-term profitable growth,” Roberts continued. “As a part of the Enterprise Improvement Plan that we announced last month, we completed a comprehensive review of our business and associated cost structure. As a result of this rigorous evaluation, we have identified certain fixed assets and real estate investments that are now slated for closure or divestiture. In addition, we made the very difficult decision to reduce our salaried workforce by approximately 13 percent. While these actions will have a near-term impact on our business, they are an important part of our plan to increase our profitability and competitiveness and deliver significant improvement in our long-term financial performance.”

Granite announced on October 25, 2010, the decision to cut its workforce by approximately 220 employees as a result of efforts to reduce its cost structure, enhance operating efficiencies and strengthen the business to achieve long-term profitable growth. Estimated savings resulting from the reductions and other operational improvements are expected to benefit 2011 pre-tax income by approximately $36 million to $40 million.

Additionally, as part of the Enterprise Improvement Plan, the company is planning an orderly divesture of certain fixed assets as well as its real estate investment business. This decision is consistent with the Company’s business strategy to focus on its core competencies and enhance operating efficiencies.

The combination of these actions is estimated to result in a pre-tax charge of approximately $99 million to $145 million, nearly all of which will be recognized in the fourth quarter of fiscal 2010. Of the total, approximately $89 million to $133 million is related primarily to impairments on real estate and fixed assets. The balance is associated with severance-related costs.

Revenue for the Large Project Construction segment is now expected to be between $600 million and $650 million. Correspondingly, the company is raising the gross profit margin range for the segment to between 12 and 13 percent. Net income attributable to non-controlling interests is expected to be approximately $20 million for the year, excluding the impact of restructuring charges. 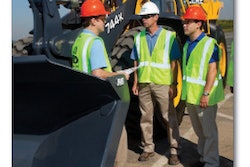 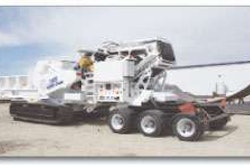 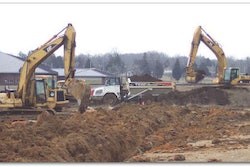